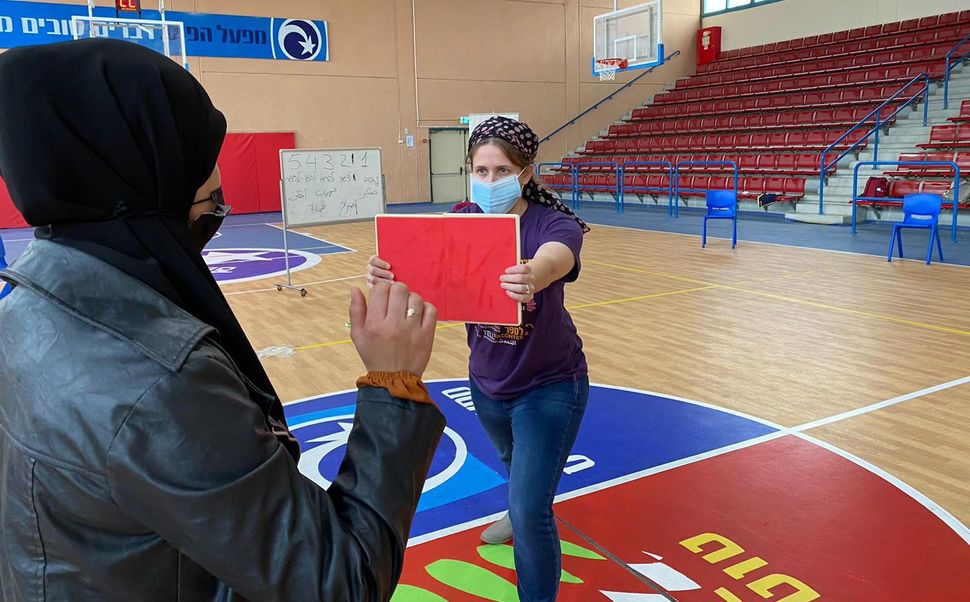 Two women, one Jewish and one Arab, participate in a self-defense course. Photo by Dina Kraft

The workday for Ola Najmi-Yousef and Ruth Lewin-Chen begins early in the morning, checking the news to see what violence may have taken place overnight and with it, left new victims in the wake of a spiraling crime wave devastating Israel’s Arab community.

“Every day in the Arab community there is another murder, another shooting. I can’t say there’s a village or city that has a full night of quiet,” says Najmi-Yousef, who together with Lewin-Chen, runs a program called “Safe Communities,” as part of the work of the Abraham Initiatives, an organization that promotes equality among Israel’s Jewish and Arab citizens.

For Najmi-Yousef the issues are not abstract. A resident of Nazareth, the largest Arab city in Israel, she said, “I can’t even send my son down to play in the yard because I don’t know when there’s going to be another … shooting in the neighborhood.”

Bullet-shattered storefronts, clusters of candles and flowers piled high in makeshift memorials, funeral processions, and street demonstrations against the violence are now almost everyday scenes. The murder rate in the Arab sector has increased by 50 percent in just the past four years. Arabs are only 20 percent of the population, but there were 97 Arab citizens murdered in 2020, compared to less than half of that in the Jewish community.

Community members talk about a twin pandemic of both COVID and the violence – violence driven in part by the growth of organized crime and complicated by a long history of mistrust between Arab citizens and the police. 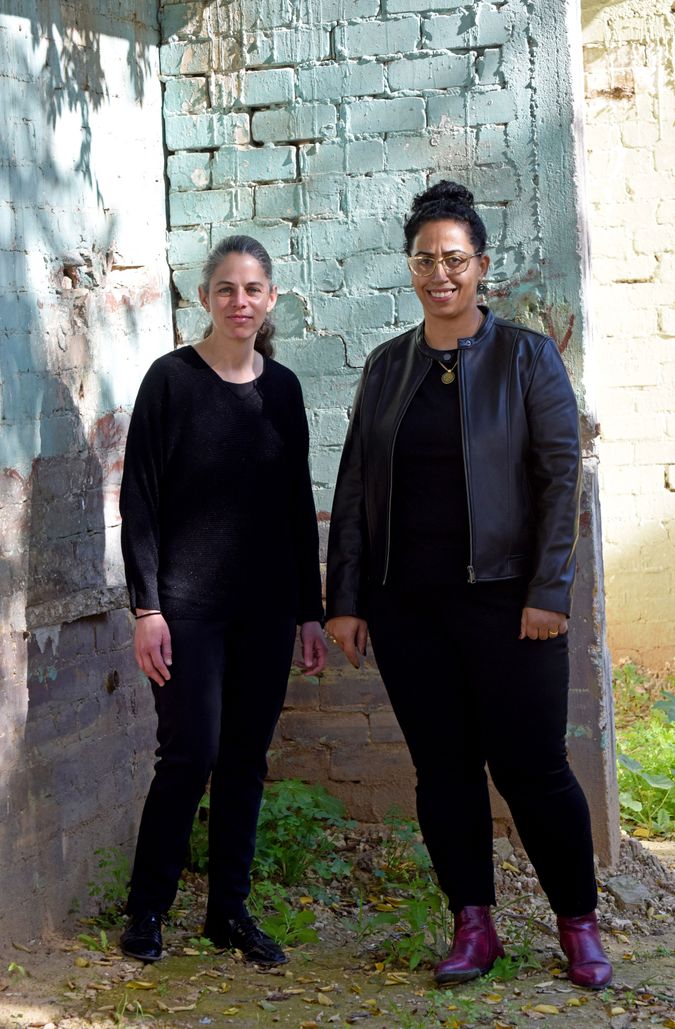 Lewin-Chen, who is Jewish, and Najmi-Yousef, who is Arab, are both in their late 30s and mothers to young sons. They make a power team, both driven and focused in their mission of being a cross-cultural bridge between the Arab sector and the authorities, including the police, prosecutors, and lawmakers who they bring together for dialogue and coordination.

Najmi-Yousef navigates the complexities within her own community, while also being a voice for them. Lewin-Chen excels at breaking down complicated topics and translating the Jewish and Arab experiences so that both sides can hear them.

The pair, who have become close friends on the job, see being a joint Arab-Jewish team as essential to help push for change.

Najmi-Yousef uses the metaphor of driving a car to explain the work she and Lewin-Chen are doing together: “Sometimes I’m driving and she sits behind me, something she’s driving and I sit behind … the fact that we are together gives us the power to go more miles in this project.”

Crime and violence in Arab areas is the top concern among Arab citizens, according to a 2019 report they co-authored. It dominates concerns over civil rights and equity issues as well as the stalemate in the Israeli-Palestinian peace process.

The crime wave can be traced to the poverty in the Arab sector, distrust in police and the rise of organized crime that has taken advantage of both of those factors. For decades, there has been a lack of investment in the Arab sector. The government has been working to remedy this in the form of a multi-year plan approved in 2015 that allocated $3 billion dollars for infrastructure projects and economic development. There’s also a new, ambitious government plan to try to stop the cycle of violence, but it awaits approval until after the upcoming March election.

Crime has been exacerbated, especially during the pandemic, by young, out-of-work men borrowing money on the black market (Arabs usually have a harder time being approved for credit or bank loans), which is often run by organized crime rings. Retribution for defaulting on the high-interest loans, can mean being shot at, sometimes in broad daylight.

Many in the Arab community see the police as central to the problem, accusing them of not devoting enough resources and manpower to solve crimes in their villages and cities. But the police complain of a lack of cooperation from Arab citizens, even though their presence in Arab areas has increased in recent years and now includes, by design, a growing number of Arab officers. The police say they try to collect illegal weapons, only to be stymied by people helping their neighbors hide them instead of turning them in.

Najmi-Yousef and Lewin-Chen stress that the only way the situation will improve is if everyone comes together to help solve it.

What fortifies them to face the challenges of their work is one another. “We deal with the harshest issues there are. Our everyday life revolves around violence, people being murdered, weapons. Without our friendship, our ability to talk about things, I’m not sure we would be able to do it,” said Lewin-Chen.

Dina Kraft is based in Tel Aviv. In addition to hosting The Branch, she is also a correspondent for The Christian Science Monitor. You can follow her on Twitter @dinakraft