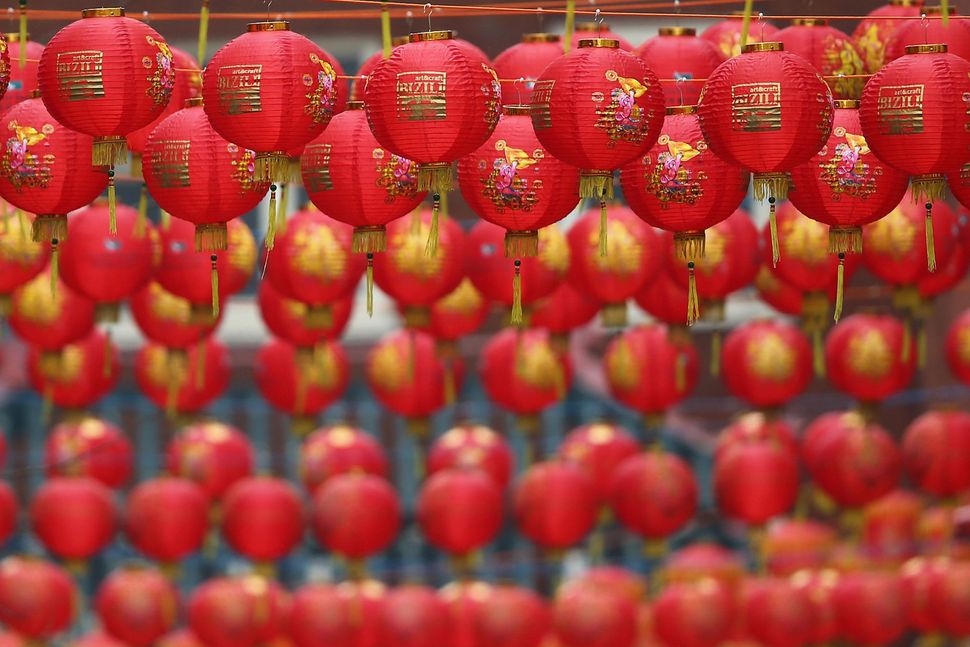 Lanterns hang above the street in China Town in London in honor of the Chinese Lunar New Year. Photo by Dan Kitwood/Getty Images

The red-Starbucks-cup, jingles-in-pharmacies, wrapping-paper-raffle holiday season may have ended on Jan. 1, but for the more than five million Americans of Asian descent who celebrate Lunar New Year, the stretch of holidays isn’t quite over. For many, one of the most important holidays of 2021 falls on Friday, Feb. 12 — a coincidence some have termed Lunar New Year Shabbat.

Lunar New Year — so called because it marks the first new moon of the East Asian traditional lunisolar calendar — is traditionally celebrated in China as a 15-day affair, usually beginning with a family feast on New Year’s Eve and ending with the Lantern Festival, which honors deceased ancestors. Although in the U.S., Lunar New Year is often conflated with “Chinese New Year,” the day is also celebrated in other countries – including Singapore and Vietnam.

Whether by attending (COVID-safe) festivities across America’s largest cities, handing out red envelopes (hóngbāo) filled with money to younger loved ones for good luck, or just staying up through the night with family and enjoying traditional foods, Asian Americans will be marking the occasion.

The Forward spoke with four Asian American Jews about what the holiday means to them and how it relates to their multicultural identities. Excerpts from the interviews are below.

‘We have three New Years celebrations in my family’ 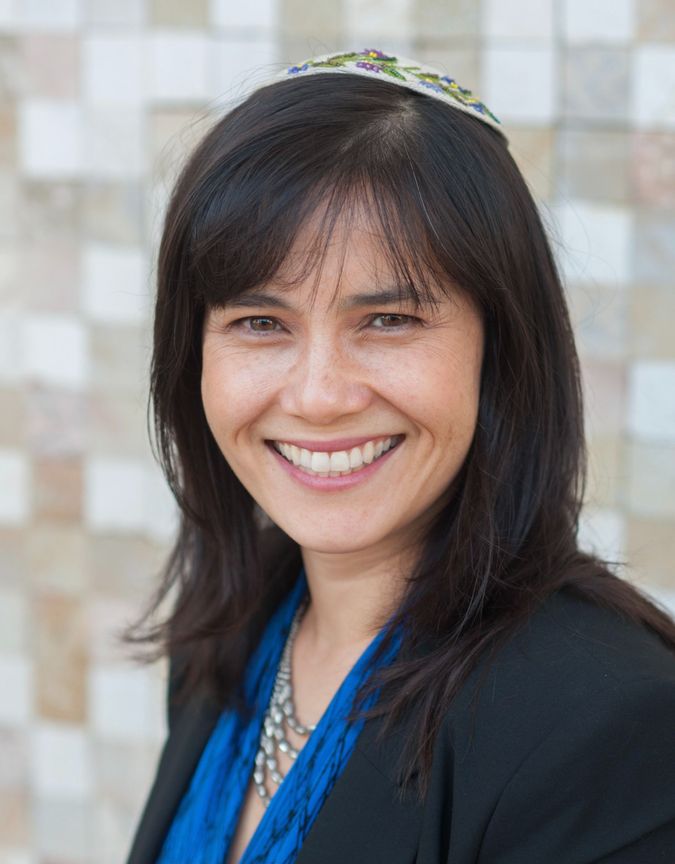 Rabbi Jacqueline Mates-Muchin, the Senior Rabbi at Temple Sinai in Oakland, Calif., is the first Chinese-American to be ordained as a rabbi. On Lunar New Year, she will be leading Kabbalat Shabbat services over Zoom, welcoming in Shabbat and the Year of the Ox. Registration is free.

We have three New Years celebrations in my family, and we are grateful to have so many opportunities for celebration and renewal. Chinese New Year is particularly rich in symbolism— every element symbolizes something for which we hope, for our family and for ourselves.

In my family, we wear red as a color of luck and celebration. The adults give the kids red envelopes with money inside. We eat a lot of traditional food, including Jai, which is also known as Buddha’s delight. It is a vegan dish made with cellophane noodles, fungus, ginkgo nuts, jujubes, tiger lily buds and other ingredients. Many of the ingredients have names that sound like the words for luck and good fortune. The ginkgo nuts are supposed to look like gold coins. The jujubes, a kind of dried date, represent prosperity. And, we tie knots in the tiger lily buds to bring luck. We eat nian gao, a steamed cake made of glutinous rice flour and brown sugar, also expressing the hope for good things to come.

As a kid, I was fortunate to grow up near my grandparents and a large extended Chinese family. For the New Year, we gathered at my grandparents house, played man jongg and, like every good holiday, ate too much. If it were not for the pandemic, my family would gather in that same house to celebrate together this year. We are sad not to be able to see each other in person right now, but know that our separate celebrations will connect us and bring good things for everyone in the year to come. 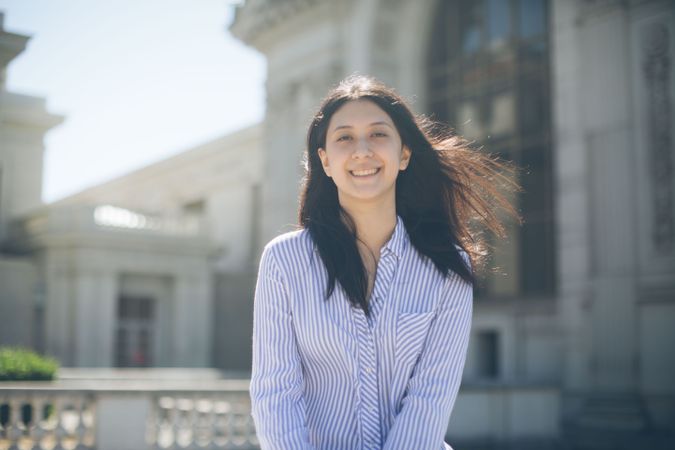 Gen Xia Ye Slosberg, 21, graduated two months ago from UC Berkeley. Raised in Southern China, she now works for the nonprofit Jewish Youth for Community Action and co-created the film project LUNAR, aimed at increasing visibility of Asian Americans in the Jewish community. LUNAR will be released in weekly 10-20 minute installments starting Feb. 12.

I think [my father] identifies as being Jewish, but he just doesn’t practice the religion. I started to embrace and to be more involved with the Jewish community in college, through the Jews of color collective at UC Berkeley… I think a lot of that was fostered and strengthened among other Jews of color, because I felt a lot more comfortable than I would with white Jews, because sometimes there were micro-aggressions and intrusive questions about my identity, like, ‘Did your mom convert?’ Constantly being one of the only very few was kind of hard.

It doesn’t take someone saying something ignorant for you to feel uncomfortable or unwelcome, if you don’t see yourself reflected in the leadership and if the stories that are being told about Jews and the assumptions that others make about “we as Jews all do this” don’t apply to you.

I grew up feeling like Chinese and American Jewish is very separate from me. There were things I did with my dad and things I did with my mom… This will be the first Lunar New Year where I’m seriously thinking about, ‘Okay, how do these things fit together,’ and I’m actually doing that with one of the people in our film project, on the convergence of Shabbat in the New Year.

One big thing that we did as a family with family friends was come together and stay up all night… we would all sit around a big banquet table and eat dumplings… it’s a huge feast. Everybody pulled out all the stops, and we’d watch Chinese CCTV, the big New Year gala. They have all the big stars singing and dancing… it’s a really festive, boisterous holiday. 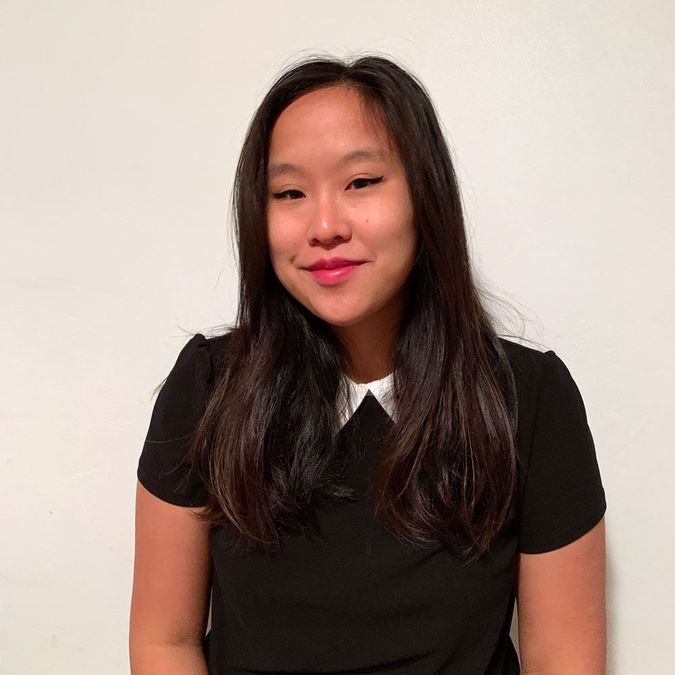 ‘I have a son myself, and it’s important to me that he learns Chinese and Hebrew and English,’ said Gabi Kuhn. Courtesy of Gabi Kuhn

Gabi Kuhn, 26, is the Program Officer at the Jews of Color Initiative, a national organization dedicated to advancing the professional, communal, and organization field for Jews of color. Last year, she was the Jeremiah Fellow at Bend the Arc: Jewish Action, and got her M.A. in Human Rights and Transitional Justice from Hebrew University in Jerusalem.

Being adopted, my connection to Lunar New Year was through adoption groups — there was a group that brings together adopted children from China. I’d go to Chinatown every Lunar New Year, wear the clothes, do the food. But as an adult, I’ve connected to it in a more authentic way. I have a son myself, and it’s important to me that he learns Chinese and Hebrew and English. I get three New Years… the Gregorian New Year, Rosh Hashanah, and Lunar New Year.

I’m kind of used to being a bridge between both communities, but I think what often gets misunderstood is there is a lot of intersection already – there’s a lot of Asian Jews out there, there’s a lot of people of color that are Jewish. When people consider the Asian American community as wholly separate from the Jewish community, without understanding that there are Jewish Asians and Jewish people of color, that’s when it can be an uncomfortable feeling like you’re “in between,” when in fact you can be wholly both. 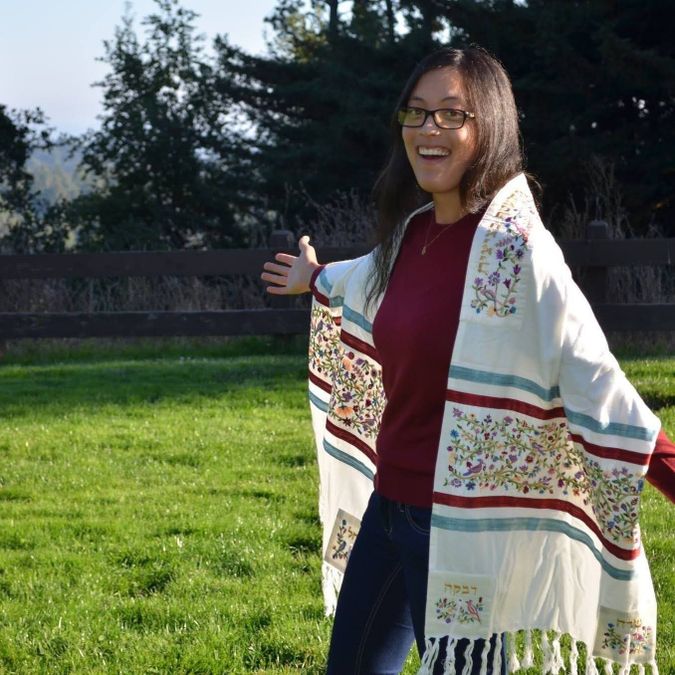 ‘We always had a steamed fish, because fish represents long life for the new year,’ said Bekkah Scharf. Photo by Nehama Rogzen

Bekkah Scharf, 27, was raised in San Francisco by an Ashkenazi father and first-generation Chinese mother. She has worked in Jewish environmental education and previously served as a Repair the World fellow.

When I was a kid, my family would gather for the closing of the old year… A lot of times there would be a giant, big roast pork, which I ate when I was a kid… We always had a steamed fish, because fish represents long life for the new year. And my family members who were married, they would give red envelopes filled with cash to kids… I was always told, ‘Yeah you get that money, but you can’t spend it, you have to save it for college.’ … The next day, we would go back to my grandmother’s house or my aunt’s house and we would keep eating because we still had leftovers.

When I was young, I didn’t really think anything of my parents being different ethnicities and cultures. It’s just sort of worked. My mom, she grew up very working class… she has seven siblings, and there wasn’t always a lot of food in the house. So when we would celebrate Passover, and we’d have to wait an hour to eat because it takes that long to get through the seder, she’d be eating the whole time. It’s not to disrespect the tradition, but it’s just not like… a thing in my mom’s culture to wait so long to eat. So what my dad did is he made her a one-page Haggadah, just for my mom.