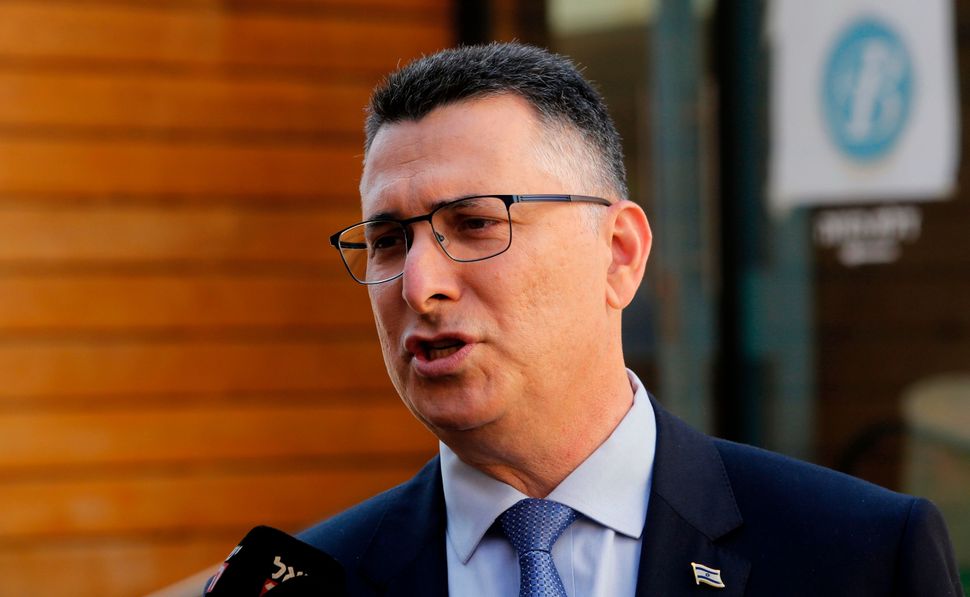 “Due to financial considerations, the contract with the consultants is under review, and in the coming days, we will examine the possibility of further cooperation,” a spokesperson for the New Hope party said in a statement.

The suspension comes amid revelations about a cover-up of sexual harassment allegations against one of the co-founders of the Lincoln Project, a super PAC launched by a group of “never Trump” Republicans in 2019. The group’s leaders came under fire last week after six former employees demanded to be released from nondisclosure agreements to reveal more information about John Weaver, an advisor to former Ohio Governor John Kasich and the late Sen. John McCain in their failed bids for presidents, who is accused of harassing young men online.

Last month, the Sa’ar campaign hired four of the group’s co-founders — Steve Schmidt, Rick Wilson, Stuart Stevens and Reed Galen — to help him unseat Netanyahu in the March 23 election. The move was widely reported as an effort to replicate their success in trying to push enough voters away from Netanyahu to deny him a majority. In the U.S. election, the Lincoln Project’s critical videos of President Trump were widely shared on social media, often knocking the incumbent’s campaign off balance.

But with a little more than a month before Israelis head to the polls, Sa’ar is seeing limited success. His new party is at an average of 14 projected seats in recent public opinion polls. He is trailing Yair Lapid’s Yesh Atid centrist party and barely cutting into Netanyahu’s support, which remains static at around 30 seats.

“The idea that the Lincoln Project could turn into a Begin Project was a bit ambitious,” said Tal Shalev, a political reporter for Walla News, referring to the idea of courting traditional Likud voters aligned with the views of its former leader Menachem Begin to bolt their party. Netanyahu is in a different situation than Trump was in 2020, she added, and “fighting him campaign-wise requires different tools.”

Since Thursday, the Sa’ar campaign declined to comment whether the American advisors were still working for the campaign or that they had parted ways over the brewing scandal. A spokesperson dismissed the party’s ties with the Lincoln Project and questioned why their work in Israel was relevant to their involvement in covering up the sexual harassment allegations.

After several press inquiries, the party released a statement insisting that it only “engaged four senior consultants who were connected with the project. The individual in question is not known to us, we have never had any contact with him and certainly have not worked with him.” An official in Sa’ar’s party maintained that the engagement with the consultants was under review for “unrelated” matters. “Needless to say,” the official added, the fallout over the alleged harassment will also be taken into consideration.

While Schmidt resigned from the Lincoln Project’s board on Friday, Stevens, Wilson and Galen are still affiliated with the group.

The campaign didn’t fire them; rather it placed the contract with the American consultants “under review.” Like Netanyahu, Sa’ar is his campaign’s chief strategist. Sa’ar works closely with Tal Silberstein, a prominent Israeli campaign consultant who worked for former prime minister Ehud Barak.

Shalev, the reporter, noted that it was mostly supporters of Netanyahu who were pointing out the Sa’ar campaign’s connection with the Lincoln Project. The Likud party could use this to haunt Sa’ar like they did to Barak during the September 2019 election, when they tied him to convicted sex offender Jeffrey Epstein.

“We aren’t interested in the internal problems of other campaigns,” a senior Likud campaign official said on Tuesday. “Gideon and [Naftali] Bennett can only form a government that will make Lapid the prime minister, so their supporters are quickly coming to Likud for a real right-wing government.”