For some Haredi Jews, donating money to Covid victims is easier than social distancing 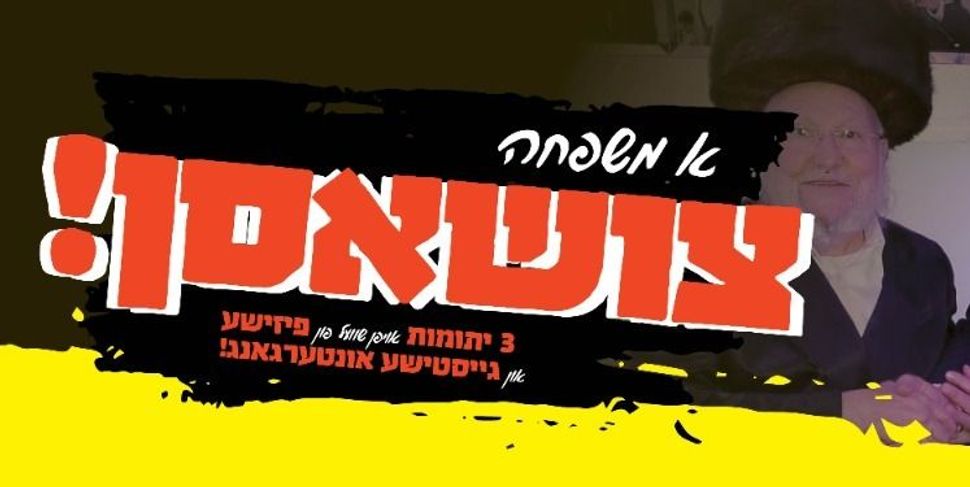 A screenshot of the Halpert family fundraiser Image by Charidy

At his fourth shiva of the last month, Yona Lunger struggled to think of a time when he had seen a person tear both sides of their clothing for the mourning ritual of kriah, as he had done after the coronavirus killed his mother, father, sister and brother-in-law within the span of 32 days.

The rabbis he called to ask about how to juggle the back-to-back burials and mourning rituals said they had never seen his type of loss, except for after car crashes or during World War II.

“The whole thing just doesn’t make sense,” he said in a phone interview this week from Rockland County. “It was over the top.”

Thanks to a crowdfunding effort, Lunger and his family have raised more than $740,000 as of Friday from about 8,800 people who have donated to pay for therapy, food and other costs for the three Halpert daughters — Lunger’s nieces — left behind, ages 12, 18 and 20.

The plight of the Halpert children, while not unlike other tragic tales about the virus that continues its 12th straight month of assault, has generated an outpouring of support from Haredi, or Ultra-Orthodox Jewish communities around the country and the world. The largest donations are $25,000 and there are many small ones of $10 or $18. But this generosity has also highlighted a paradox: A community that invests substantial sums of money and hours of prayer after devastating losses wrought by the pandemic has frequently defied the mask mandates and social-distancing rules meant to prevent its spread, and sometimes refuses to name coronavirus as a cause of death.

“It’s as if there’s no pandemic,” said Shulim Leifer, a lifelong Hasidic resident of Brooklyn. “The only precautions in place are to black out the windows.”

The fundraiser is running on a crowdfunding site popular in the community called Charidy, which takes a flat rate from customers for graphic design and marketing. Charidy did not respond to a request for comment. Dryveup, a similar site, operates off the same model. The Chesed Fund is a no-cost option. Some of the fundraising sites also rely on a “tip” model in which donors tack additional money onto their contributions for the crowdfunding host.

While the coronavirus campaigns are new, Haredi Jews using the internet have been bombarded weekly with fundraising requests for all sorts of causes – including job loss and sudden illness.

While some uses of the internet are forbidden in the community, fundraising for families — like using the internet to plan a wedding — is less “threatening” because it does not involve exposure to other communities or new bodies of knowledge, said Dr. Ayala Fader, an anthropology professor at Fordham University who wrote a book about Haredi Jews in the digital age.

“Give early in the day,” advised a sidebar in Mishpacha Magazine. “That way, when the endless requests come, you have an answer.”

But there are also darker campaigns like those meant to fund legal defense for accused child molesters and to fund custody battles against parents who have left the community, said Joshua Shanes, the associate director of the Jewish Studies Program at the College of Charleston in South Carolina.

The community raised more than $1 million for an Orthodox father on Dryveup in January after his wife left the community and won custody.

“It’s a perversion of what should be a wonderful thing,” Shanes said.

The unofficial mutual aid setup of the Haredi world is one of the major benefits of the community, said academics and Haredi Jews. There are social safety nets for every need – including navigating government systems like welfare, applying to jobs, borrowing wedding dresses and getting sheets and towels for a first home.

“If you’re willing to play ball in the community, and do what you’re told and follow the rules, there’s a support structure in place,” said Shanes. “There’s no other way to live, for most of the people, on the kind of salaries they earn without that kind of help.”

But part of the trade-off is fitting in, and with many in the community continuing to gather for synagogue, weddings and even COVID funerals without masks or social distancing, that means living life by pre-pandemic rules.

Hamodia, the popular Haredi news site, stopped tracking coronavirus victims from the community in late May. Haredi Jews who wear masks at weddings report being shamed and taunted. In conversations about the Halperts, some Haredi Jews try to deny that the coronavirus killed Mimi, Yona Lunger’s sister.

Ignoring the pandemic is the only “playbook that’s available,” said Leifer, the Hasidic Jew in Brooklyn.

“You have no choice but to forget that there’s a pandemic, and it’s some sort of abstract thing — ‘We’re going through a bad time,’” he said.

Lunger, who lives in Miami, said since arriving back in his home county of Rockland to mourn his family, he had been giving out “a ton” of masks. He said many people think since they had the virus already, they can’t get it again — his sister had it twice. He said the lack of social-distancing or mask-wearing is more about ignorance than defiance.

Lunger is planning on going ahead with his daughter’s wedding in a month. He said people will be wearing masks and there will be a testing site at the entrance of the wedding hall.

He said people should count their blessings and call their loved ones on the phone.

“I would encourage people to practice social distance, follow the guidelines, whether it’s a mask or a face shield,” he said. “There’s no question — this is real. If anyone can testify to it, it’s us.”

For some Haredi Jews, donating money to Covid victims is easier than social distancing