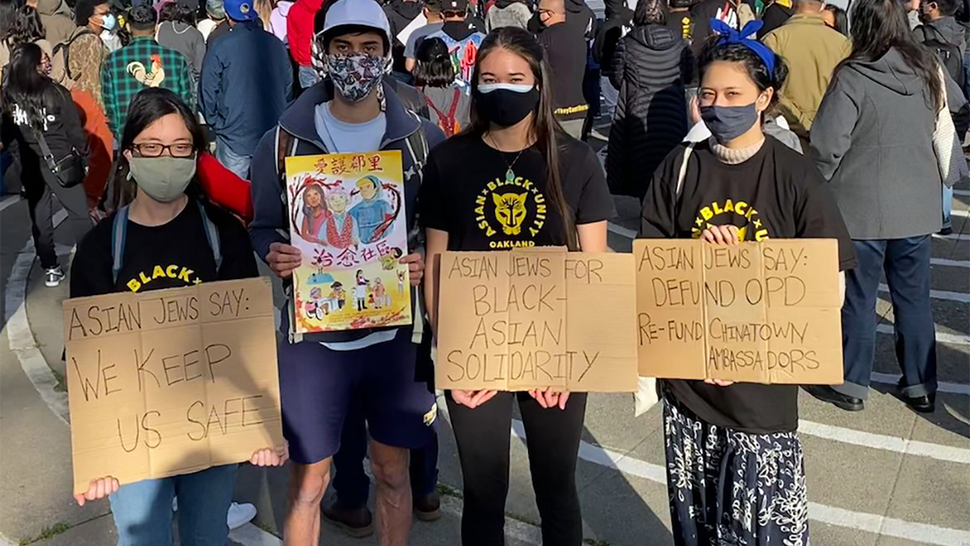 Last June, a San Mateo City Council member of Asian and Jewish heritage had a rock thrown through her window at home. The incident, which is still under investigation by police, came after the coronavirus pandemic sparked a slew of anti-Asian signs and slogans, some reading “F** China,” “Chinese Disease” and “Thanks China.”

Eight months later, violence and racism directed against the Asian American community in the Bay Area has spread, reaching new levels, particularly involving the elderly. Incidents include a string of attacks in Oakland’s Chinatown, as well as the killing of an 84-year-old Thai immigrant in San Francisco. 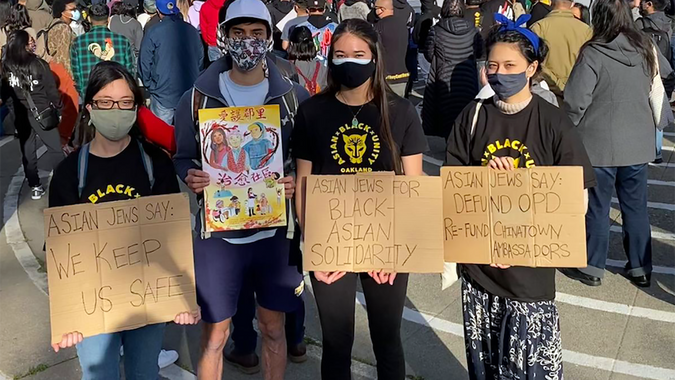 The attacks coincide with a wave of antisemitism during the pandemic, with Jews in some cases blamed by conspiracy theorists for the public health crisis. 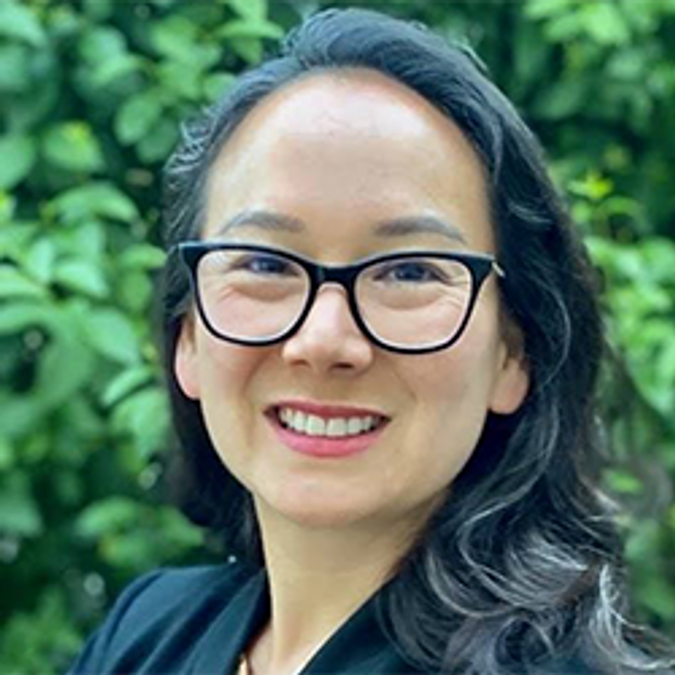 “As a person of color, both Jewish and Asian, when we experience egregious forms of violent racism, it’s in some ways shocking, and in other ways it’s more of the same,” said Amourence Lee, the victim of the rock-throwing incident who has been a trailblazer in the fight against pandemic-induced bigotry. Last year, for example, she brought together state politicians and mayors to condemn the racism and xenophobia facing the Asian American community and then spearheaded a San Mateo city resolution denouncing stigmatization, racism and xenophobia arising from the pandemic — both about two months before the rock crashed through a bedroom window of her house.

A recent report from Stop AAPI Hate, a San Francisco State University project that tracks attacks against the Asian American and Pacific Islander communities, showed the extent to which the pandemic has sparked hate. According to the report, issued in early February, 2,808 anti-Asian incidents had been reported nationwide since the beginning of the pandemic; 1,226 were in California, and of those, 708 were in the Bay Area, including 292 in San Francisco, 58 in San Jose and 55 in Oakland.

In response to recent attacks, a Black and Asian solidarity rally was held Feb. 13 in Oakland’s Madison Square Park in Chinatown. Bekkah Scharf, an Asian American Jew from Oakland, attended the rally with a sign reading, “Asian Jews say: we keep us safe.”

A member of Kehilla Community Synagogue and a volunteer with the Jewish social justice agency Bend the Arc, Scharf said that she was “disappointed” with what she viewed as a lack of a pronounced Jewish presence at the rally. Other than herself and three friends who joined her, Scharf said she didn’t see any other signs promoting solidarity between Jews and Asian Americans.

“There were Muslims on stage,” Scharf said. “There was a [Christian] pastor. Where is the third Abrahamic religion?” Her thoughts on the matter were published a week later on the Jewish feminist blog Lilith, in an essay that called for Jews to “begin building relationships and solidarity with your AAPI family.”

Beyond the rally, Oakland residents have set up a patchwork of volunteers to act as ambassadors and patrollers for elders when they are running errands or taking walks. The idea is that the volunteers’ presence will deter any would-be attackers.

On Feb. 9, a coalition of 40 Bay Area Asian American organizations called for a series of “community centered” solutions and argued that an “over-reliance” on law enforcement would end up harming Black communities. In some cases, businesses in Oakland’s Chinatown have turned to armed security guards.

Gen Xia Ye Slosberg, an Asian American Jew who joined Scharf at the rally in Oakland, said she agrees with the ambassadorship programs and the position that an increased police presence is not the answer.

She said a “culturally competent” and “community-run” solution “is more appropriate” than the Oakland Police Department.

Slosberg, who is the program manager at JYCA, a youth-led Jewish activist organization in the Bay Area, most recently spearheaded a video series and online community called Lunar, which highlights the experiences of Asian American Jewish young adults. (Members of JYCA are considering taking part in the patrols in Oakland’s Chinatown, the organization’s executive director said.) 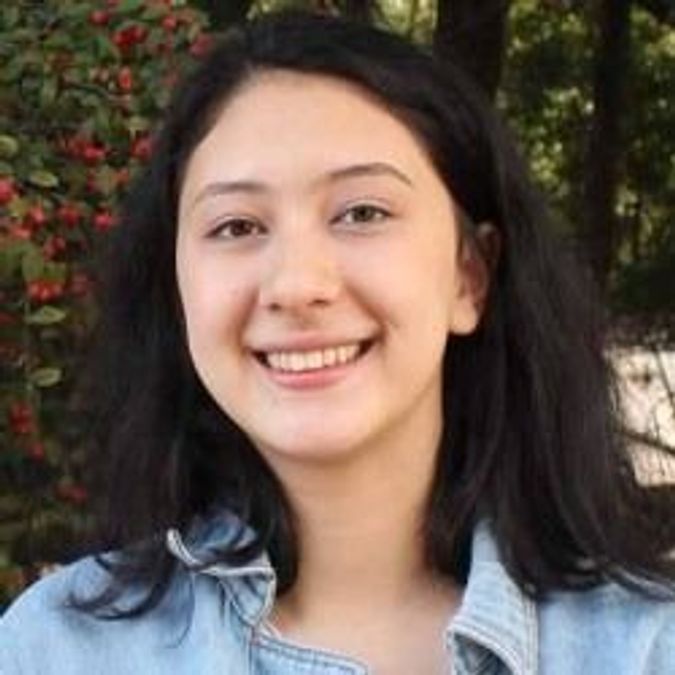 However, some members of Oakland’s Asian American community said the ambassador programs would be a good “supplement” to a police presence they still consider to be a part of the answer.

“I want to make sure that this ambassador program is not a replacement of the police department,” Carl Chan, head of the city’s Chinatown Chamber of Commerce, said in an interview with KRON-TV. “I think that is important.” Oakland’s city council president, Nikki Fortunato Bas, expressed similar sentiments in the same news segment.

For state Sen. Scott Wiener, the attacks against Asian Americans are reminiscent of a series of sexual assaults in the Castro District targeting the gay community back in 2006. Wiener said the neighborhood implemented a similar approach to the response currently happening in Oakland. 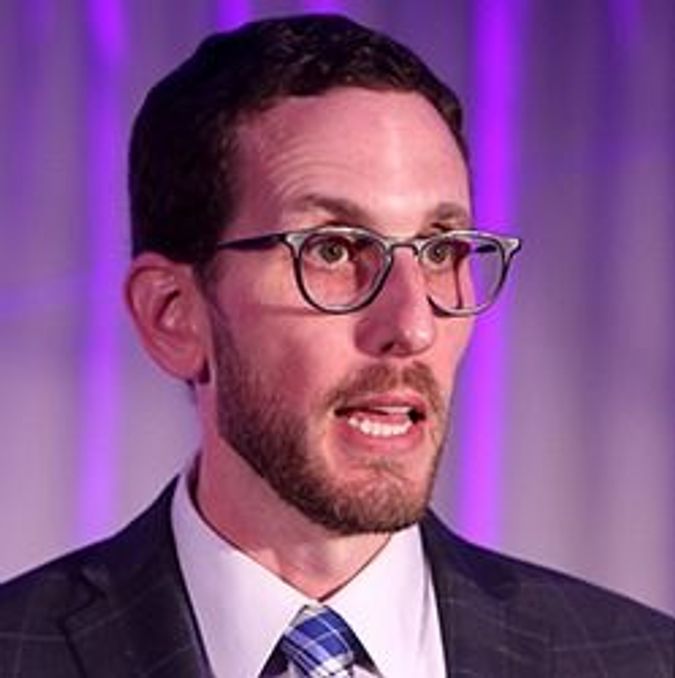 “We got together and started a community walking patrol,” Wiener told J. “Residents in the neighborhood walking around to keep an eye out. We handed out rape whistles.” He described the community-run efforts in Oakland as “a great idea,” adding that police and the justice system also “have a role to play in holding the perpetrators accountable.”

Wiener, himself a target of homophobic and antisemitic threats during the pandemic from the far-right conspiracy-theory group QAnon, said the Jewish community stands in solidarity with the Asian American community.

“We as Jews understand, in a very real way, [what it is like] to be targeted with slurs,” he said. “And so we have a significant role to play in sticking up for our [Asian and Pacific Islander] neighbors. Any attacks on any of our communities is an attack on all of our communities.”

Some Bay Area Jewish organizations have released statements condemning the violence. Tye Gregory, the executive director of the S.F.-based Jewish Community Relations Council, for one, said he was “horrified” by the recent incidents.

“The Jewish community stands in solidarity with the victims, survivors and all those affected by these incidents,” Gregory wrote in an email to community members. “JCRC supports the calls made by [Asian American and Pacific Islander] communities and urges elected officials in San Francisco, Oakland and across the Bay Area to prioritize all those impacted by recent events by properly addressing their concerns.”

JCRC led a group of Jewish organizations to sign an open letter back in April 2020 that condemned growing racism against Asian Americans. The letter was published in the Bay Area edition of the Sing Tao Daily, a Cantonese newspaper.

The Anti-Defamation League released a statement recently that applauded a decision by Alameda County District Attorney Nancy O’Malley to create a special unit focusing on crimes against Asian Americans.

“Recent violent assaults in Oakland and San Francisco understandably stoke fear and anxiety,” read the statement issued by Seth Brysk, the director of the ADL’s S.F.-based Central Pacific region. “We applaud DA O’Malley for her leadership by investigating the apparent trend in addition to the individual crimes.”