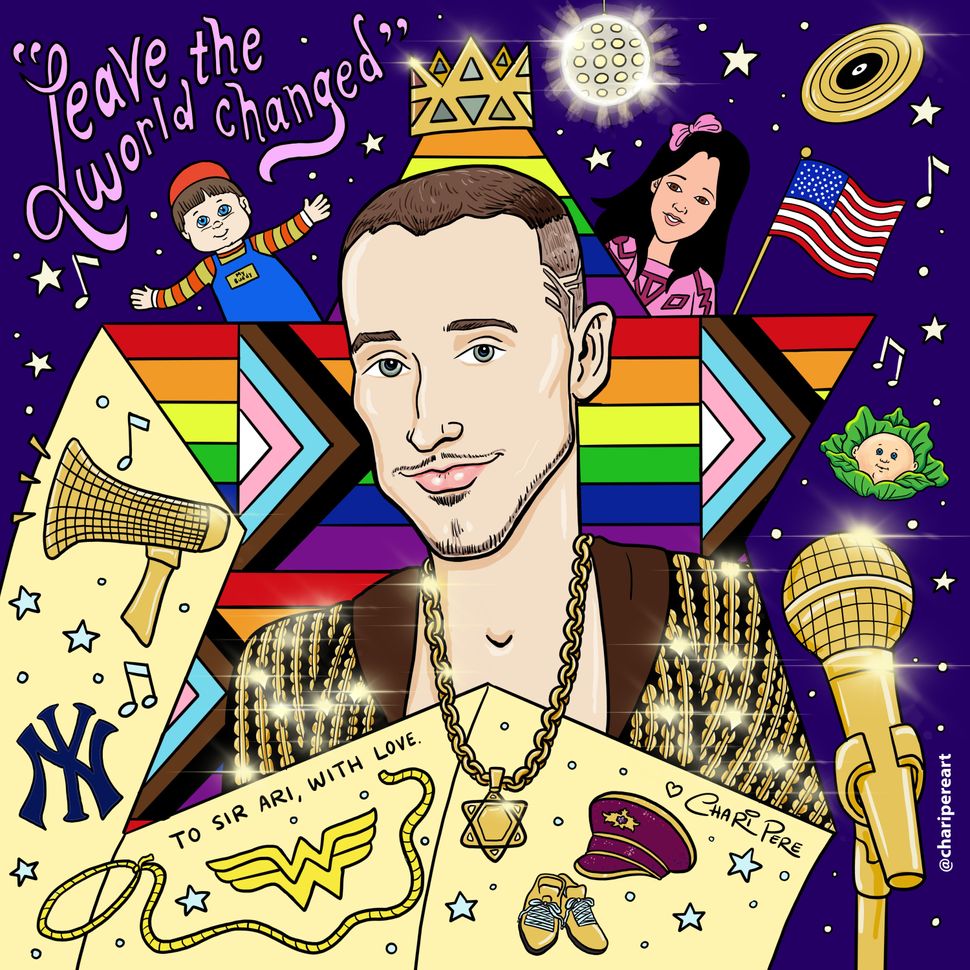 When he died on Valentine’s Day 2021 after a battle with leukemia, pop singer and LGBTQ+ activist Ari Gold left behind a legacy of love and pride in both his gay and Jewish identity.

“He was a gay icon from a frum background,” said producer Howard (Zvi) Rosenman, a longtime friend of the Gold family and a mentor to Ari. “He was an amazing guy who had wider influence than you’d think.”

Rosenman knew Gold since the ascendant pop star was 17. “He became beyond the beyond. People went crazy for him. He was like the Elvis Presley of gaydom.” 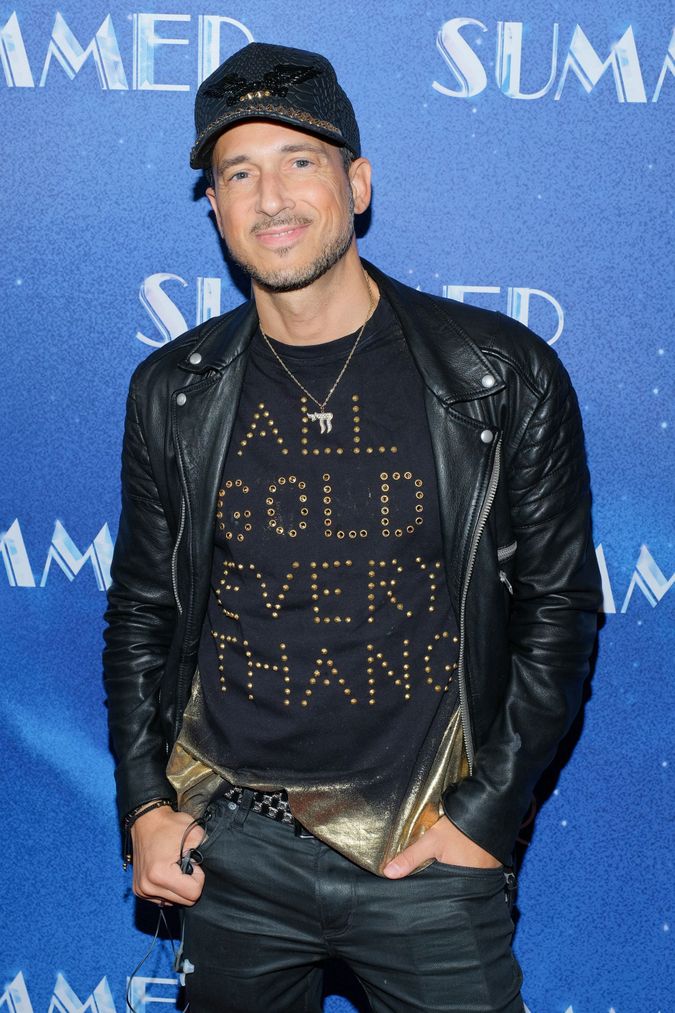 Gold’s dual embrace of his Orthodox Jewish and gay identity was clear at the “intense” Zoom shiva held for him, said Rosenman. About 100 visitors logged on, Rosenman said, including “big famous drag queens with long nails and eyelashes, and rabbeim,” or rabbis. (rabbis).

Rabbi Amichai Lau-Lavie, founding spiritual leader of Lab/Shul NYC, recalled having met Gold “on some dance floor or party” in the early 2000’s, where a shirtless Gold was “flaunting his chai.”

“I thought to myself, how radical it is to be so proud of who you are on so many levels,” said Lau-Lavie. “To be super proud of being Jewish in the gay context, where that was not always cool, and to be super-gay in the Jewish context, especially the modern Orthodox one where we both came from, was definitely not always very cool.”

Lau-Lavie called Gold “a trailblazer for these type of intertwined identities of pride.” 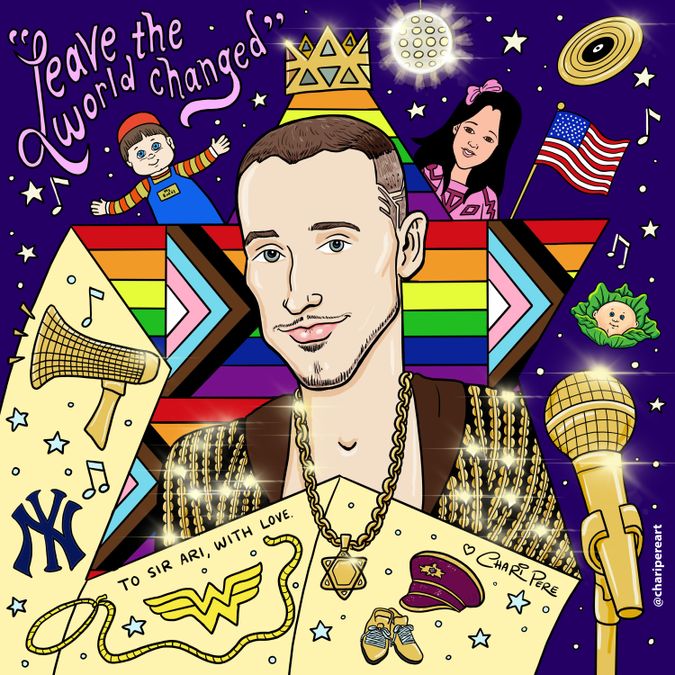 Idit Klein, President and CEO of Keshet, an organization working for LGBTQ equality in Jewish life, remembered Gold’s performance at one of the organization’s first fundraisers, more than a decade ago.

“He was a striking sight in a spiked leather collar and bodysuit,” Klein said. “He was unapologetically, gloriously proud to be a gay Jew. That feeling radiated from him and inspired everyone in his presence.”

A native New Yorker and fourth-generation Lower East Sider, Ari Gold grew up in the Orthodox Jewish community of Pelham Parkway in the Bronx. As a child vocalist he sang on over 400 TV and radio jingles and on the Diana Ross record “Swept Away,” and voiced animated characters for Jem and the Holograms and Cabbage Patch Kids. As a Billboard Top 10 recording artist, he sang in more than 40 U.S. states, and set records for No. 1 songs on Logo, once even displacing Madonna.

“When he came out , it was like a bird out of a cage,” said his mother, Lynn Gold, who identified herself as Modern Orthodox and politically conservative. “He went wild, clubbing and performing, that was his world. My husband and I thought, if we can’t fight him, join him, and we started going to these clubs and saw him performing. We saw a lot of drag queens. Ari was so honored, he would make a big fuss from the stage, ‘My parents are sitting right there.’ He was so proud that he had this parental support.”

When her son encountered former yeshiva kids who identified as gay, she added, Gold urged them “to integrate their Jewishness and not throw it away. I felt that was his purpose.”

Esther D. Kustanowitz is a freelance writer, editor and consultant based in Los Angeles.