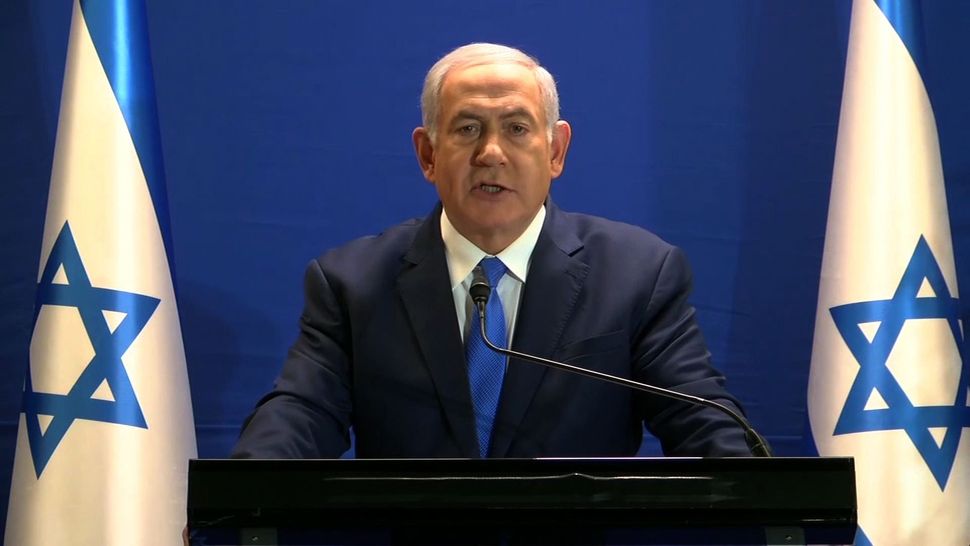 Image by AFP via Getty Images

Israeli Prime Minister Benjamin Netanyahu touted his warm relationship with President Joe Biden and addressed concerns about Israeli-Diaspora relations in a private Zoom call with top leaders of the Conference of Presidents of Major American Jewish Organizations on Thursday.

Netanyahu told the 115 participants representing the group’s 53 member organizations that Israel must be welcoming to all Jews, regardless of their backgrounds, according to a call attendee.

During the off-the-record session, the prime minister also took questions from the group’s top leadership about the U.S.-Israel relationship, the Abraham Accords and Israeli innovation with regards to COVID-19, the person who was on the call said.

Netanyahu, who sat in front of Israeli and American flags, spoke warmly of his long standing relationship with Biden.

Addressing Jewish leaders (with American and Israeli flags behind him), the pm responded to Qs about U.S.-Israel relations, Israel-Diaspora relations, peace, Iran and Covid, according to a call attendee.

The call was part of a series of webinars that have been scheduled instead of the group’s usual February mission to Israel. Israeli candidates who spoke to the group in recent weeks include Yair Lapid, the current leader of the opposition; Gideon Sa’ar, the former Likud colleague of Netanyahu who has formed a new party to challenge him; Naftali Bennett, another challenger from Netanyahu’s right flank whose base is in West Bank settlements; Merav Michaeli, the newly-elected Labor chairwoman; and Yitzhak Pindrus, representing the ultra-Orthodox United Torah Judaism list.