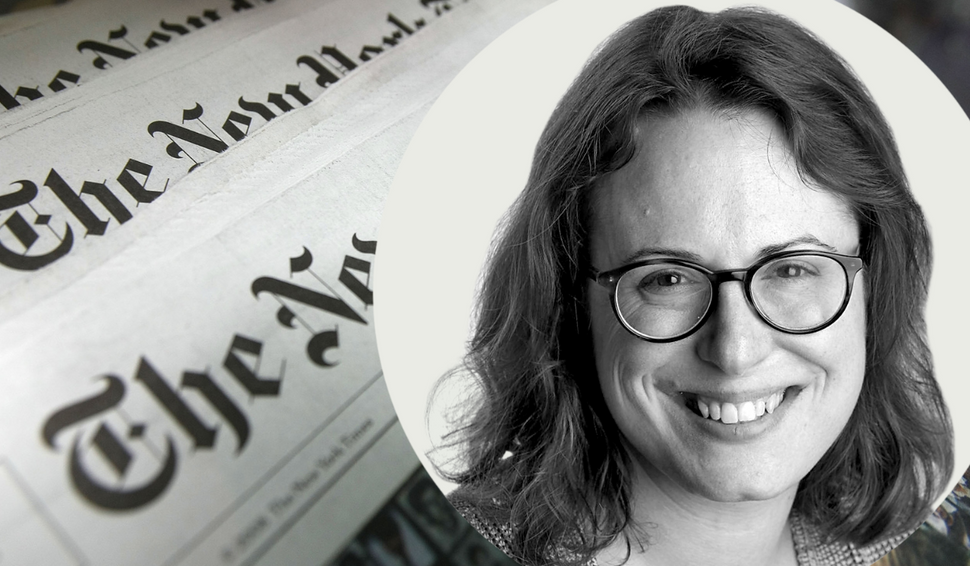 Maggie Haberman had perhaps the hardest, and definitely the most scrutinized, job in journalism for the past four years. She owned the Trump beat for The New York Times. Haberman came to cover the White House with the 2016 election of President Donald Trump, after literally decades of covering the outspoken real-estate mogul from New York for the New York Post, New York Daily News and Politico. In thousands of articles and frequent appearances on The Times’ flagship podcast “The Daily,” Haberman provided a close-up look at the Trump presidency like none other.

“I think the pace of this — for most of us — over the last four years was not sustainable for another four years,” Haberman said in a phone interview on Monday while typing, possibly yet another story.

While demonstrating the same calm composure she has had in countless TV appearances throughout the past years, Haberman sounded relieved. “I’m nowhere near as crazed as I was,” she said when asked how things have changed since Trump departed the White House on Jan. 20. “It’s a lot easier now. I feel like I can hear the thoughts in my own head again.”

Haberman, 47, joined The Times in 2015 to cover the 2016 presidential race. Her reporting on Trump — from the moment he walked down the escalator in Trump Tower to announce his candidacy to his volatile time in the White House — earned her a share in the 2018 Pulitzer Prize for National Reporting. She was recently assigned to the news organization’s investigative/enterprise team to assist with stories about the Biden administration and continue to track the post-Trump political landscape and the upcoming 2024 presidential campaign.

After thousands of bylines — she averaged more than one a day — Haberman still has more to say about Trump: Penguin Press announced in November that it will publish her book about Trump next year.

“I’m not writing ‘Fire and Fury’ part three,” Haberman said on Monday, referring to the tell-all books by journalist Michael Wolff about the chaos within the administration. “I think there’s a lot about him. Actually, what has been fascinating about the last couple of years is how little people actually know about him.”

Here are excerpts from our conversation, edited for clarity and length.

Do you think the Trump administration will be the biggest story you will ever cover during your career?

Yes. [laughter]. I covered the September 11 attacks when they happened — I was in lower Manhattan when the second tower fell — and then I covered rebuilding for three years. It was a very different time. At that time, the impact of it — before the views of the wars and the foreign engagements had changed nationally in the U.S. — generally speaking, there was some feeling of a collective feeling that we are in this together. And that just, obviously, was not defining the last four years, which were very polarized.

During the Trump years, it seemed like something out of the norm was happening on a near-daily basis. Was there a particular event or piece of news that was surprising even to you?

Were there ever days where you wanted to just stay hidden under the covers?

You’ve spent countless hours with the former president, behind closed doors where he’s not performing for the cameras. Is there something you learned about him just by being in the room with him that would surprise the general public?

I just think that people don’t understand how incredibly people-pleasing he is. I think that has been something that would surprise folks because he puts on this show of being tough and being strong, blah blah blah. But he is actually very much a people pleaser.

You are working on a Trump book. What more is there to say that hasn’t already been reported?

I don’t think I’m going to tell people not to buy my book in advance. My book is about him through the years. It’s a little different. I’m not writing ‘Fire and Fury’ part three. But I think there’s a lot about him.

Actually, what has been fascinating about the last couple of years is how little people actually know about him, in some cases, understandably. It’s also interesting because he’s a former president. Lots of books are written and people are still reading them.

I think that there is a desire to go back to treating him as Donald Trump the entertainer, but he was actually the 45th president.

Is there a question you wished were able to ask President Trump but never got to ask?

I’d like to ask him a lot about what happened between November and January 6th. One question that I think is sort of an open one is he has said very little about what he expected the federal government to be like when he came in.

Remember, you are talking about somebody who was never in government before, and we forget how strange that is — that we had a president who had never won an election before and never served at any level before. His understanding of what government was going to be, I believe, was very different than the way the federal government actually works.

So that’s one on the broad stroke. And then there are a million other specific policy questions I’d like to ask.

Many journalists received vitriol from “Make America Great Again” supporters during the Trump years. But you, in particular, were called out many times — even by the president himself. How did you cope?

I don’t know. It just becomes kind of part of the noise in the background.

What was the worst moment?

I’d say that the worst one was April 21, 2018, which was after a story that I did about Michael Cohen and whether he was going to turn on Trump. Trump was very angry about the story and did a series of kind of bizarre tweets about me — and it was my daughter’s birthday. So that was wild. It was annoying.

Will everything you cover in the future be a letdown after covering chaos that was the Trump years?

I think the pace of this — for most of us — over the last four years was not sustainable for another four years. But I don’t think it will be a letdown. I just think it’ll be completely different, and what that looks like remains to be seen.

How have your days changed since President Biden was inaugurated?

I’m nowhere near as crazed as I was. It’s a lot easier now. I feel like I can hear the thoughts in my own head again.

What did you learn about yourself in the past four years?

I learned that I can multitask, but I don’t know what I learned about myself. I need to get a little further away from the last four years to really think about it.

You spent some time as a kid living in Jerusalem when your dad, Clyde Haberman, was the Jerusalem bureau chief for The Times. How do you think that affected your trajectory as a journalist or as a Jew?

I don’t think it impacted my trajectory. But I remember that when my father was the bureau chief in Jerusalem, it was sort of like that he couldn’t win no matter what he did, and he was criticized by all sides. And I think that’s been some of the experience in covering Trump.