Kosher sushi at the Pico-Robertson Ralphs Courtesy of Yelp.com

The fight over pandemic-era economic justice has claimed a new victim — a supermarket with the largest kosher selection in Los Angeles.

Responding to a city-mandated pay increase for grocery store workers, Kroger announced Wednesday that it would be closing three stores in Los Angeles, including a Ralphs supermarket whose kosher kitchen, bakery and packaged food section made it a beloved institution of the Westside Jewish community.

In a statement, Kroger cited “consistent financial losses” at the three locations and said the mandated pay bump of $5/hour, which is expected to be signed imminently by Los Angeles Mayor Eric Garcetti, was “arbitrary.” 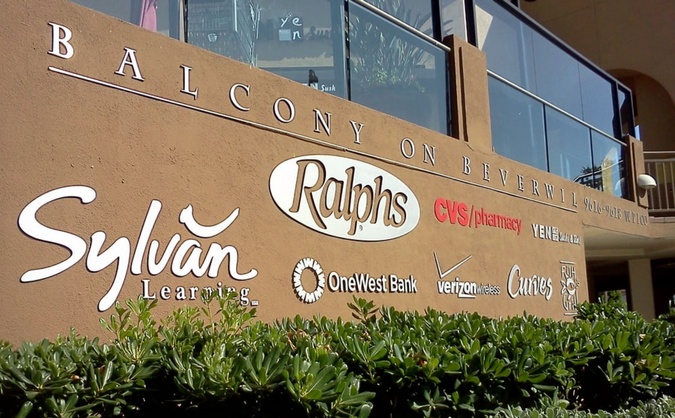 Ralphs in the Pico-Robertson neighborhood of L.A. Courtesy of Yelp

Hana Wexler, a resident of Pico-Robertson who has been shopping at the Ralphs for over 40 years, called the news “irritating.”

“Why would they close this store?” Wexler said. She said that while she didn’t have a good sense of corporate finances, she thought the workers deserved a pay increase. “They make very little and we can’t function without them.”

Kosher sushi at the Pico-Robertson Ralphs Courtesy of Yelp.com

It was unclear whether the May 15 closure would be permanent or temporary during the four-month bonus period.

Kroger’s claim of poor financial health at the stores departs from earlier statements the company has made about its business during the pandemic.

As the pandemic caused widespread shutdowns to restaurants and other businesses, Kroger revealed to shareholders last April that its revenue from March 2020 was up 30% over the previous March. The same batch of financial disclosures indicated the company had spent $755 million on stock buybacks and has over $2.5 billion in cash on hand, as first reported by accountability journalism outlet Popular Information.

The decision to close stores in response to the pay increase also marks a shift in tone about bonus pay, which Kroger had previously touted in television advertisements. In those ads, Kroger Senior Vice President Tim Massa said, “We care about your physical, your financial, and importantly, your emotional well-being.”

Kroger said in a statement Wednesday, “When you factor in the increased costs of operating during COVID-19, consistent financial losses at these three locations, and an extra pay mandate that will cost nearly $20 million over the next 120 days, it becomes impossible to operate these three stores.” A spokesperson added, “Prioritizing vaccinations — not arbitrary mandates for extra pay — is what will keep frontline workers protected.” Kroger is offering employees a $100 vaccination reward.

Kroger’s decision to close stores may be an attempt to pit its customers against the city, whose emergency order requires “hero pay” for the next 120 days for grocery store and pharmacy workers.

The store serves a West Side community that includes Pico-Robertson, Beverlywood and Beverly Hills, a Jewish population of roughly 150,000, about 10% of which is Orthodox, according to Pini Herman, a demographer of Los Angeles Jewish life.

News of the closure was met with universal dismay from local Jewish shoppers, who shared the initial reports in WhatsApp groups.

Many were skeptical of Kroger’s claim of financial trouble.

“I don’t buy that our Ralphs was underperforming,” said Rachel Olshin, 25. “I think it’s purely political.”

Olshin said that for a kosher-keeping Jew, the Ralphs was a revelation of convenience.

The store has an abundance of free parking — a rarity on the Westside — and though its escalators are always broken and its elevators are unofficially the slowest in the city, it may be the only place on the Westside where one can buy dog food, a kosher oven-roasted chicken, paper towels, Chobani yogurt and a newspaper in the same trip. Whereas the glatt market aisles tend to be narrow and packed, Ralphs’ are roomy and easy to navigate. And the pareve cookies from the Ralphs’ kosher bakery made the perfect Shabbat dessert, even at $6.99 per box.

When Olshin moved to Los Angeles two years ago, she discovered the Ralphs’ vast kosher selection beat even some of the glatt kosher markets’. But she suspected that its value to the Orthodox community had put it in the crosshairs of Kroger corporate.

“Kroger has made it clear that the closure is in response to hero pay, which is really the bare minimum we should provide to essential workers who put their lives on the line. To punish a community Ralphs, one with kosher services, is insulting to its workers and patrons alike.”

A petition to save the Ralphs on Change.org was quickly drafted and began circulating Wednesday afternoon.