Meet the rabbinic breakout star on the Clubhouse app 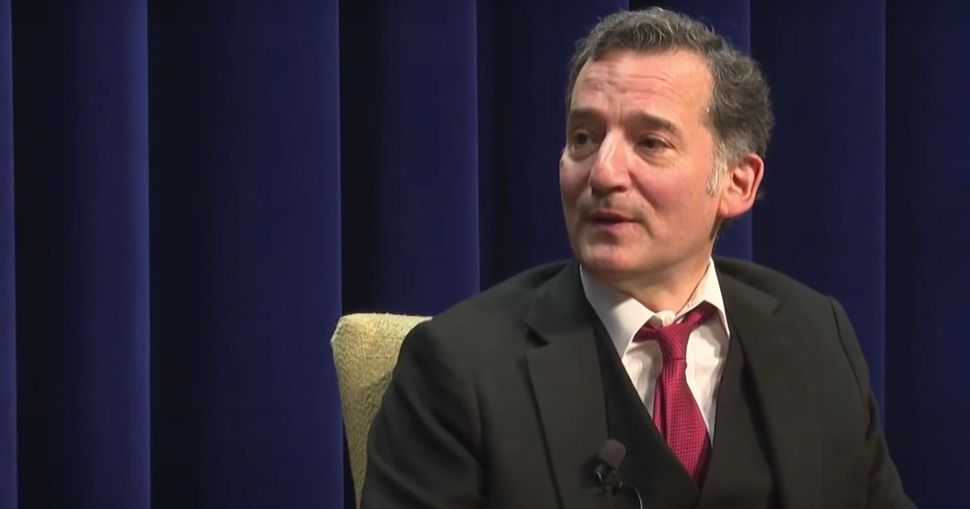 Rabbi David Wolpe is a popular rabbi in Los Angeles – and online.

In the pre-pandemic era, rabbis would worry about finding a matching tie or an appropriate outfit before rushing out of the door to the next class they were teaching. These preparations were shelved during the pandemic as Zoom calls took the place of in-person gatherings and interactions, but they came with new logistical headaches: proper lighting, phone tripods and decent backdrops.

In recent months, a new audio-only chat app called Clubhouse, currently available only on iPhones, removed those hurdles. The networking app, which allows users to open “rooms” for conversations on topics of interest, has spread like wildfire in the Jewish community in recent months – with discussions on Zionism, religion and food. It sends users a notification when a contact joins the app or a person they follow participates in a room discussion.

For Rabbi David Wolpe, senior rabbi at Sinai Temple in Los Angeles, teaching Torah remotely became so much easier from the moment he was introduced to the new app last December. “One of the most surprising things was how liberating it is to not be on camera. Oh my God, it’s wonderful,” Wolpe, 62, said in a phone interview on Monday. “I did not feel how confining it was to be on Zoom or YouTube until I could just speak.”

Wolpe, who has more than 4,000 followers on Clubhouse, was first nominated to join the invite-only app by Nicole Behnam, a journalist and a member of his congregation. Benham offered to interview him on the platform, and Wolpe — who is very active on social media and hosts a podcast of his sermons called “Off the Pulpit” — was very taken by the possibilities of the platform.

In January, Wolpe agreed to host his own room called “Clubhouse Torah,” which features weekly Torah conversations on Thursday evenings. He said the group was created by Max Neuberger, publisher of Jewish Insider, and Charlotte Broukhim, an avid Clubhouse user. The conversations attract thousands of listeners and, on some occasions, go on for more than an hour.

“One of the great advantages of Clubhouse is that you can slip in and out without much fuss,” he explained. “I think that it’s a fantastic opportunity to reach people who otherwise wouldn’t attend Torah class. But here they can drop in, they can listen for a few minutes and see if they like it, which is something that can’t be done with a physical platform — you can’t just walk into a class and then walk out.”

Though Wolpe acknowledged that teaching Torah on Clubhouse feels disorienting due to the lack of facial reactivity, “there is also a freedom of presentation that’s exhilarating.”

The weekly conversation, which starts with a sermon on the Torah portion tied together with what’s going on in people’s lives, has gained traction as people with large followings joined the group as a guest of Wolpe. Regular speakers include Bari Weiss, former New York Times opinion editor; Eric Weinstein, am American cultural commentator; and William Daroff, CEO of the Conference of Presidents. During a Feb 19 conversation, Marc Andreessen, a prominent Silicon Valley investor who has a stake in Clubhouse, joined Wolpe’s class. “I may be the first person converted entirely through WhatsApp and Clubhouse,” Andreessen joked after he was recommended by Weiss to convert to Judaism.

Wolpe couldn’t say with certainty who is in his audience. “There’s a core group, but I think that there’s a lot of variation,” he said. “People are still exploring, and I think as time goes on, there will be probably a central recurring class.” And he knows his congregants are fine with their rabbi ministering to all these other people because they are used to seeing him speak to a larger platform on social media.

Daroff told the Forward on Tuesday that Wolpe’s weekly discussion is “literally the only ‘must listen’ weekly event I have experienced after six weeks on the platform.” Daroff said that distinct from listening to Wolpe on a podcast or watching a video, “Clubhouse presents the unique ability for us all to interact directly with him, and with each other, to pose questions and to discuss the parsha.”

The question on everyone’s mind? Is Clubhouse Torah just a pandemic tool or will it continue once we all get back to normal congregational life?

“I think it’s going to continue,” Wolpe predicted. “I think that the ways that we have discovered of reaching people during the pandemic has vastly expanded the possibilities for Jewish learning, and I don’t think we’ll be giving those up anytime soon.”

Wolpe suggested that Clubhouse is ”one more tool to access some of the richness of Torah. We are, after all, a verbal people more than a visual people. And Clubhouse is the verbal media.”

He added: “I think Clubhouse and Judaism go together like peanut butter and chocolate.”

Meet the rabbinic breakout star on the Clubhouse app