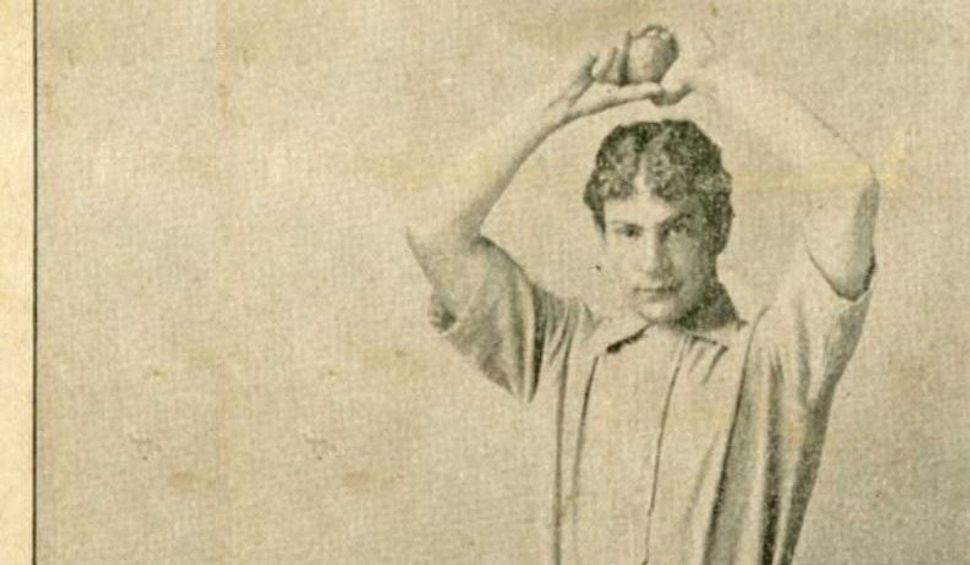 You’ve heard of Sandy Koufax and Hank Greenberg, maybe even Ron Blomberg, Shawn Green and Alex Bregman. All have achieved success at the great American pastime as a handful of about 175 Jewish men to have played at the major league level.

Enthusiasts of 19th century baseball may be familiar with Lipman Pike, the first Jewish professional on the diamond who began a ten-year career as an outfielder with the Troy Haymakers of the National Association in 1871. But ask even the most hardcore baseball aficionados and they will be hard pressed to identify the first Jewish pitcher in Major League Baseball history.

That distinction belongs to Leo Fishel.

Leo was born in Babylon, New York in 1877, the youngest of Leopold and Therese Fishel’s four children. He likely learned the game from his brother Harry and half-brother Gustave who are known to have played organized baseball on the south shore of Long Island.

At the age of 15, Leo was on the roster of the Babylon Base Ball Club and two years later was pitching for Columbia University in the spring of 1895 during his freshman year of college. That summer, Fishel again played for Babylon but joined a rival team from Hempstead for a late season road game against Brewster on September 21st. 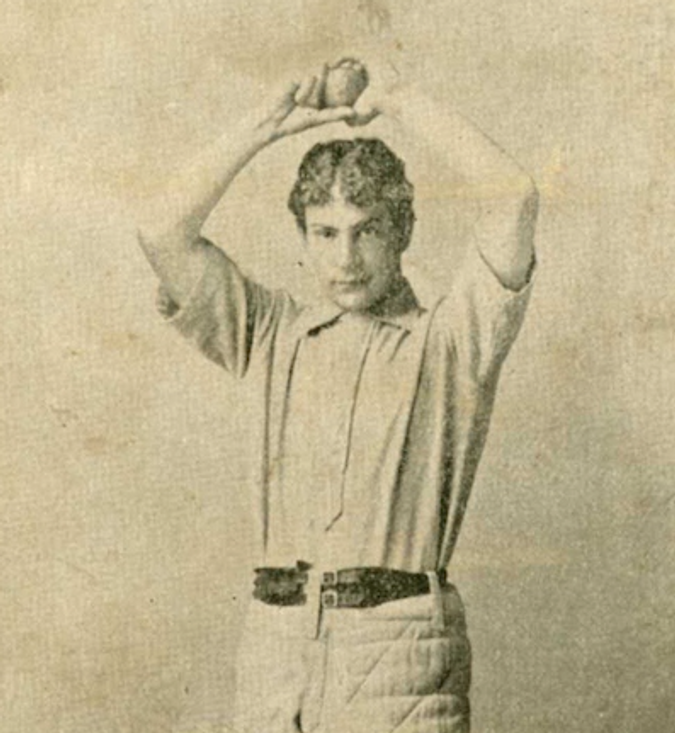 In the second inning after the starting pitcher had given up five runs, Leo was called on for relief duty and promptly put out the fire, retiring the side with the bases loaded. The Hempstead Inquirer reported that Leo “continued to deal out puzzling curves at lightning speed until the end of the ninth inning,” leading Hempstead to a come from-behind victory.

Fishel’s performance led Hempstead to sign him in May for the 1896 season but he jumped to play for Richfield Springs in upstate New York beginning on July 1st for a salary of $25 per week. The following year – 1897, the year the Forward was founded – Leo was asked to return to Richfield Springs but was instead persuaded to pitch for the Oritani Field Club of Hackensack, New Jersey.

While Leo was still attending Columbia, he was plucked from the college squad to take the mound for the New York Giants on May 3, 1899. He pitched a complete game in a losing effort, falling 7-3 to the Philadelphia Phillies at the Polo Grounds, located 40 blocks north of campus.

In their account of the game, the New York Times mentioned that Fishel “has a variety of curves, both slow and speedy, and at times he mixes these up in such clever style that the hard-hitting Philadelphias were made to look foolish.”

Rumors circulated that Giants Manager John Day would sign the 21-year-old hurler to a contract by the end of the month once Leo finished his courses at Columbia. But it was not meant to be. It was the only game Fishel ever appeared in at the major league level, choosing instead to become a lawyer – perhaps at the urging of his parents.

There is little doubt Fishel could have made a go of it as a professional baseball player if he wanted to. In addition to the possibility of playing for the Giants, he was contacted regarding his availability by other clubs in the National League.

Frank Selee, manager of the Boston Beaneaters, expressed interest in Fishel as early as 1897 and Barney Dreyfuss of the Louisville Colonels wrote to Fishel on July 31, 1899 offering to sign him for the remainder of the season. (Dreyfuss was a successful Jewish baseball executive who became the owner of the Pittsburgh Pirates and is enshrined in the Baseball Hall of Fame in Cooperstown.)

Baseball as a career at the turn of the century was far from the glamorous and lucrative endeavor it is today. In 1899, the highest paid player in the majors earned $1,800 for the season, about three times the average American annual salary. Leo must have surmised a lawyer had greater earning potential over the long term compared to the relatively short career of a professional athlete.

In addition, at that time, the game was made up of many rough and tumble characters, leading baseball players of the era to earn a reputation as a pugnacious and unsavory bunch. Ultimately, Leo decided that was the not right environment for him.

In 1900, Fishel began practicing law in Freeport, a village on Long Island, just 15 miles west from his parents and siblings in Babylon. He continued to be active in baseball, pitching in the South Side Base Ball League for the Freeport club and serving as the league president in 1904.

Leo also enjoyed teaching the game as a coach, first for Columbia University in 1901 and later for the team at Freeport High School. Fishel led them to the Nassau County High School championship in 1905 in an undefeated season.

Brad Kolodny is the author of “Seeking Sanctuary: 125 Years of Synagogues on Long Island” by Segula Publishing.