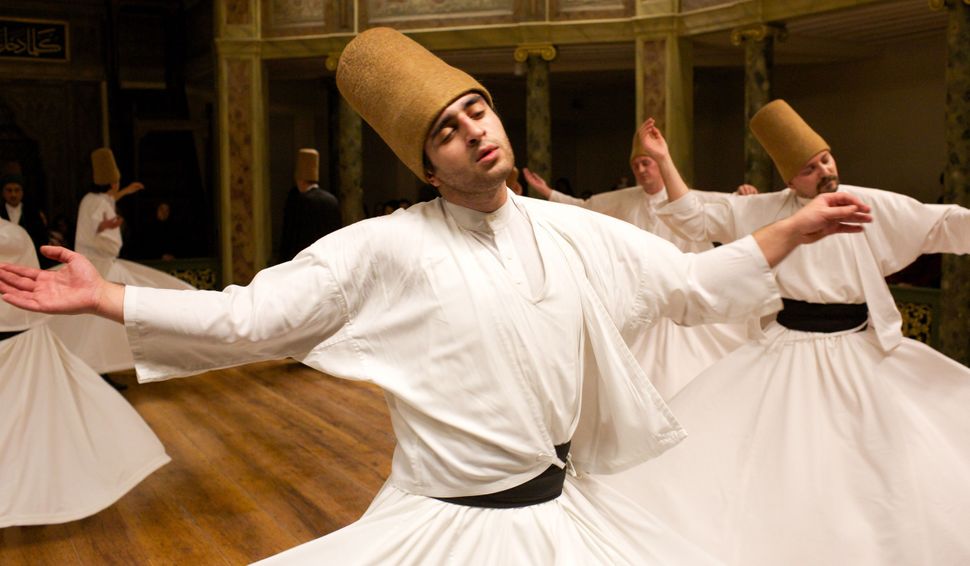 The dervishes are adepts of Sufism turn dance into a form of prayer. Photo by Gurcan Ozturk / AFP via Getty Images

Two anthropologists have discovered that the heartbeats of those who practice Sufism, a mystical dimension of the Islamic faith, beat in tandem during a communal ritual in which all of the congregants join in deep meditation or an ecstatic trance. Rabbis and cantors told the Forward they were not surprised.

“Anyone who has been at a really good worship service knows the power of kinetic worship services,” said Rabbi Lawrence A. Hoffman, a professor at Hebrew Union College-Jewish Institute of Religion. “There have been prior reports of such things. For instance, kids who play in a playground will get into sync with one another. There are reports that if you videotaped them, you would see they eventually hopped or skipped in sync with one another. Human beings are aware of the possibility of being in sync.”

In fact, according to Cantor Matthew Austerklein, “all musicians of any religion try to achieve a sense of oneness, and there is no greater oneness than singing with other people. And the nigun [melody] is a primary vehicle. … I was part of a Mincha service at the Jewish Theological Seminary where everyone began with a nigun to set the mood for prayer. One of the things that singing a nigun teaches is that we can be sensitized to each other through music.”

Asked about the study that found heartbeats of participants sync during meditation or an ecstatic trance, Austerklein, who serves as cantor of Beth El Congregation in Akron, Ohio, replied, “I’m not surprised at all by that. One of the things that nigun singing teaches is that we can be sensitized to each other through music. We feel closer to people around us and with God when we sing with other people.” 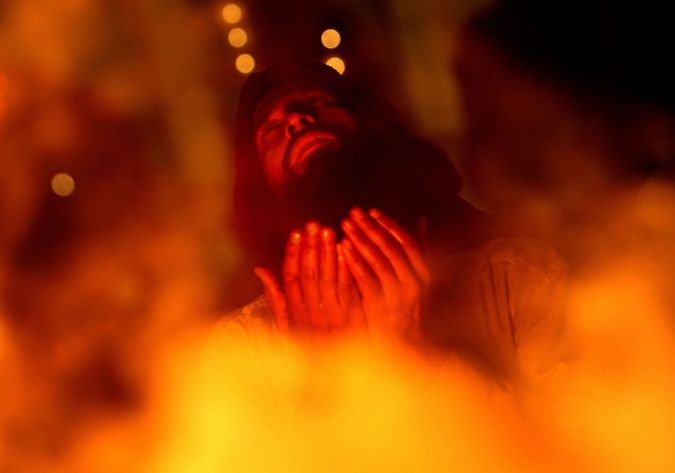 A man praying around a fire. Photo by Behrouz Mehri / Getty Images

The two researchers who conducted the study, Dimitris Xygalatas and Christopher Manoharan, are anthropologists at the University of Connecticut. They went to Istanbul, Turkey, and affixed heart monitors under the clothing of 20 congregants. They then watched as the worshippers performed the largest and most important Sufi ritual, the dhikr (remembrance), which is often referred to by Sufis as “the way to the heart.”

“Their hearts really did beat as one,” Manoharan said. “The heart is variable. It has a range of normal heartbeats and, within seconds, you can align it with another person. You can place your hand on a bulb when it lights at a particular time to a rhythm or a vibration or a sound. If you have a group of people all doing it, your heartbeats will line up in short order; it’s a form of biofeedback.”

But what about people praying over Zoom?

But congregants attending religious services over Zoom do not get into sync with other congregants who are also participating over Zoom, Austerklein pointed out.

Manoharan agreed, saying: “When you are shoulder-to-shoulder [with other congregants] there is a heartbeat and spiritual sensitivity – it gives you more of a connection with your neighbor. If you are uttering the same chant and feeling your body resonate, the resonance chambers inside your chest mesh with those of others.”

At Hebrew Union College-Jewish Institute of Religion, the students are taught that “it is important to develop a regular rhythm of the service to get them in sync,” Hoffman pointed out.

Thus, if in the middle of a prayer service “someone gets up and makes an announcement or introduces all of the prayers with an explanation of each one, you have learned a lot when the service has finished but you do not feel the satisfaction of having prayed,” he said.

Hoffman said he has learned that at conferences that bring together people from many different synagogues it is best to begin a service with music, otherwise “the person leading will have trouble getting everyone into sync. If they start with 10 minutes of singing, everything will then go smoothly. Similarly, camps have song leaders because once they get kids from all over to sing together, they have a community. I would not be surprised if all of their hearts then beat together.”