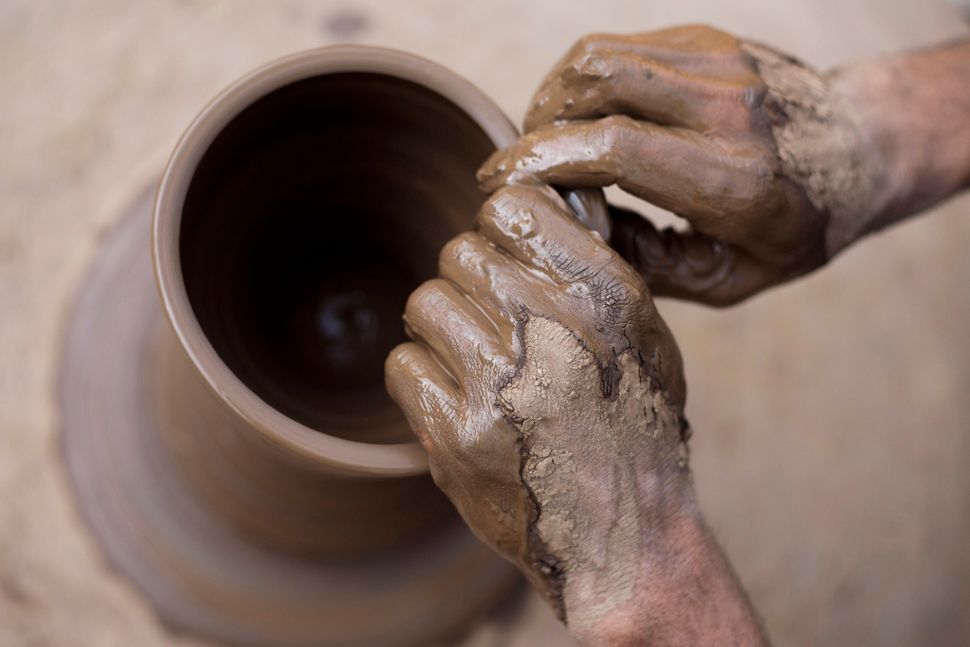 The Bene Israel, India’s largest Jewish community, doesn’t call Passover Passover. The word in their language, Marathi, is “Anashi Dhakaicha San,” which means “The Holiday of the Closing of the Anas.”

San is the word for holiday, and anas refers to a sour liquid in a pot.

It makes sense that the Marathi word for Yom Kippur is “Darfalnicha San, or “The Holiday of the Closing Doors,” since Bene Israel fast in their homes behind shut doors — the first Bene Israeli synagogue wasn’t built in Mumbai until 1796.

But the mystery behind The Holiday of the Closing of the Sour Liquid in a Pot takes a bit more explanation. 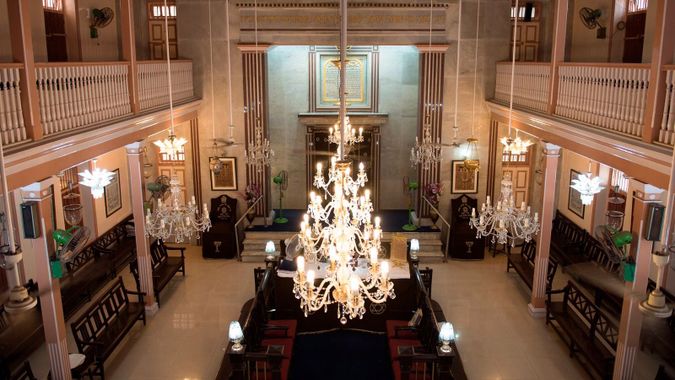 The first mention of Anashi Dhakaicha San appears in “The History of the Bene Israel of India,” a book in English by the renowned Bene Israeli community leader and historian Haeem Samuel Kehimkar, who lived from 1830 – 1909. This first historical manuscript about the Indian Jewish community living in Mumbai and its surrounding villages on the Konkan coast was written in the nineteenth century. It was kept hidden in the family’s possession for 40 years after Kehimkar’s death. The manuscript was given to Dr. Immanuel Olswangner, a researcher of the Indian Jewish communities, and was published in 1937 in Tel Aviv.

In “The History of the Bene Israel of India,” Kehimkar writes, “From the 14th of Nissan they observed for eight days a holiday called Anasi Dhakacha San i.e. ‘the holiday of the closing of the A n a s (an earthen chatty, containing sour liquid used as a sauce). They abstained from using the sour liquid, as well as any leaven, during the period of the feast. On the 23rd of the month they uncovered the chatty, and used leaven as before.”

Earthen chatty is a clay pot. That is how Dr. Olswangner referred to Passover as “The Holiday of the Covered Pot” in “Travel Impressions,” his India travel diary notes published in 1936 in Hebrew by now-defunct Israeli publication Davar.

The Bene Israel remove all wheat and leaven from their homes, and similar to other Jewish communities, consume rice, legumes, and beans on Passover. “Biblical Rituals and Passover Traditions of the Bene Israel, India’s Largest Jewish Community,” published in Haaretz newspaper in 2016, explores further the community’s over 2000-year history in India and its unique Passover traditions.

By some accounts, the sour liquid, or the leaven, or both in the clay pot were then buried underground or nestled in coves in a mud wall outdoors.

Perhaps it was a pickle or a natural yeast starter in the pot? Or a toddy used in making alcohol and sandan, an idli-like slightly sweetened, fermented, and steamed semolina, or a rice cake with coconut milk. 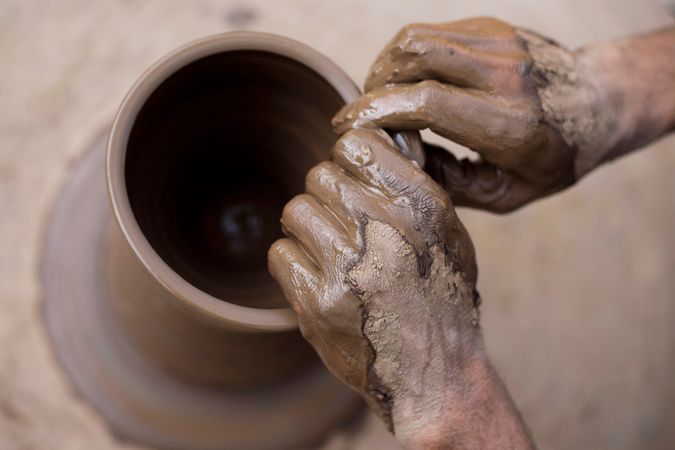 In an email exchange Rabbi Romiel Daniel, a Bene Israeli, and the Rabbi at Rego Park Jewish Center, an Ashkenazi Conservative synagogue in Queens, NY, he stated that it was “a special clay pot for containing a sour liquid, a kind of yoghurt culture.” Noreen, the Rabbi’s wife, relayed that the pot with the yogurt culture was tied and suspended from the ceiling on the porch.

Yogurt was avoided by the Jewish communities across the globe due to fermentation until Kosher for Passover became available.

In an article “Don’t pass over a Persian Passover,” published in The Jerusalem Post in 2019, Jacqueline Super writes: “Persian Jews mark the end of Passover, known as Shab-e Sal, with a meal composed of dairy products featuring a variety of yogurt and herb dishes.”

Suppose the Bene Israelis had a similar tradition? Each family possibly kept any leaven they had in their homes in the clay pots. The yogurt culture was surely long expired at the end of the Passover. Its removal into the pot, in the first place, might have been a symbolic hametz removal ritual.

However, Kehimkar specifically wrote that it was a sour liquid used as a sauce.

The one sauce or sour condiment Indians use with many foods is a tamarind chutney. It is usually thinned out with water to extract its essence.

Another souring agent typical in the Konkani coastal cuisine in the villages south of Mumbai is kokum, similar to mangosteen, usually used in fish curries. A Konkani Hindu woman shared on Instagram that her mom combined kokum with sugar for sweet and sour syrup. It was “canned” in a clay pot or a glass jar for a month and used in sherbet and kept in the kitchen, out of the direct sun. It’s the Indian kombucha.

A sweet, salty, and sour tamarind soda is also an extremely popular refreshing beverage in the Konkan region, where seven Bene Israeli men and seven women first washed ashore after fleeing persecution in the Galilee just before the miracle of Chanukah.

Some scholarly works written in the 19th century, yet to be translated from the Marathi, might shed more light on this nearly extinct and, for the most part, forgotten tradition of the covered pot. Revisiting the small remaining Bene Israel community members in the villages south of Mumbai might also take the guesswork out if any are still practicing this ritual.

So what’s in the clay pot at the center of the Marathi word for Passover, sour chutney or yoghurt? Just when this anthropological detective work has hit a wall, I found a reference to the sour liquid in Shirley Berry Isenberg’s “India’s Bene Israel; A Comprehensive Inquiry and Sourcebook,” published in 1989.

In it, she wrote: “A special clay pot for containing a sour liquid a kind of yoghurt culture. The Bene Israel abstained from using this substance, as well as from using all other forms of leaven, during the eight days of this holiday.

You can find the author on Instagram at @foodwanderings.