For many synagogues, live-streamed services are here to stay after the pandemic 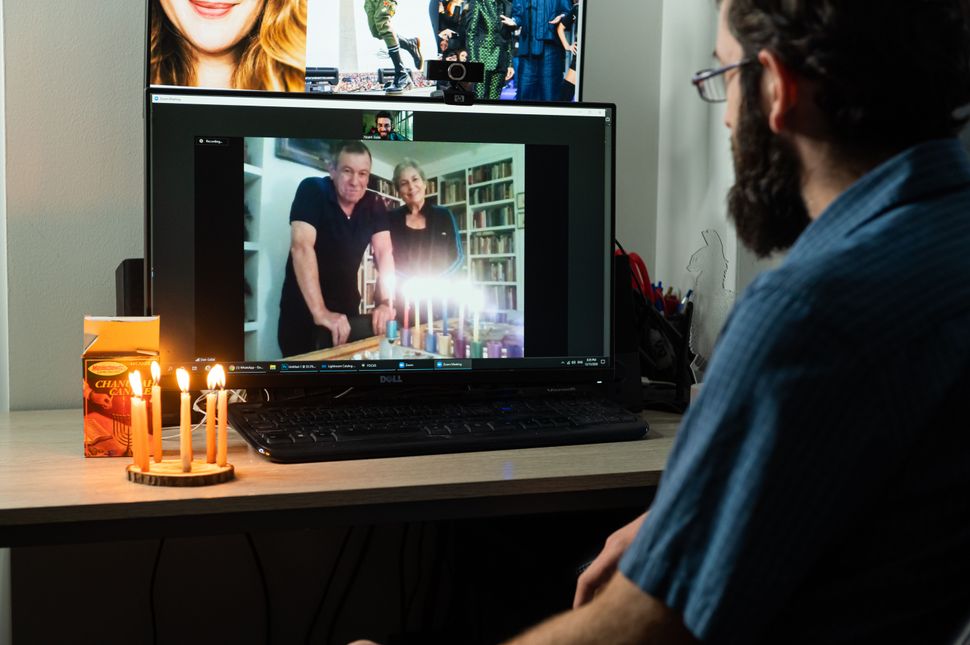 When the COVID-19 pandemic shuttered synagogues across the nation a year ago, many congregations that previously avoided technology use on Shabbat embraced live-stream and video conferencing as the only viable and safe solution to maintaining community. Now, for many, the needle has moved, and post-pandemic, synagogues intend to keep those options available indefinitely.

“I have a feeling that some element of Zoom-ed services will probably stick with us into the future,” said Rabbi Gideon Estes, the spiritual leader at Congregation Or Ami, a 100-family Conservative synagogue in Houston. “I think you can’t put the genie back in the bottle, or the toothpaste back in the tube.”

For some communities, the opportunity to hold Shabbat services, daily morning services and lifecycle ceremonies online enabled more members to attend than usual — including, according to several rabbis, individuals who are homebound, ill or limited by how far they live from the synagogue.

Rabbi Ita Paskind, the rabbi at Congregation Beth El of Norwalk, Conn., said that while attendance didn’t “skyrocket” on Zoom as it did for some of her colleagues, “it’s certainly more solid and reliable for many of our services than it was when we were in person.”

“On Friday nights, we sometimes would struggle for a minyan,” she explained, referring to the ten-person minimum for a quorum under Jewish law, “and we have not had that issue on Zoom.”

While the Reform movement has long embraced live-streaming — with prominent communities like Manhattan’s Central Synagogue now going on 13 years of offering streamed services — denominations typically seen as more traditional have in the past remained wary of incorporating video into their practice. But last May, in an overwhelming vote by their committee on Jewish laws and standards, the Conservative movement temporarily approved live-streaming and Zoom use under certain conditions for Shabbat and Yom Tov, festivals during which technology is usually considered forbidden. Now, it seems that at least parts of that decision are likely to become permanent.

“Most Conservative synagogues will at the very least be offering a one-way stream of services long after the pandemic is over,” said Rabbi Joshua Heller, the rabbi at Congregation B’nai Torah in Atlanta and the author of last May’s ruling.

Rabbi Jacob Blumenthal, the CEO of the United Synagogue of Conservative Judaism, confirmed as much in an interview: “I would expect that that type of passive live-streaming would probably continue into the future.”

Live-streaming aside, the big question remains whether the interactive video services, popularized on Zoom, will still continue to be a part of worship in a post-pandemic world.

“There’s a big distinction between live-streaming — which is passive broadcast of a service or program — versus an interactive platform like Zoom, both in terms of its status on Shabbat and in terms of how it works in counting a minyan,” Blumenthal said. “We’re awaiting some additional guidance from the committee on Jewish laws and standards on those issues.”

If Zoom were to disappear as an option for engagement in Jewish practice, many people would be left cut off from the communities they joined in the past year. Elana Klugman, 64, lives near Amherst, Mass., and got access to high-speed internet just seven months before the pandemic hit. Throughout the past year, she has attended nearly every program Romemu, a Renewal congregation in New York, had to offer — and fallen in love with the clergy and membership.

“I think Zoom presents some particular opportunities for being witnessed and seen and connecting,” Klugman said in an interview. “In services, too, there are breakout rooms often — they’re brief and randomly assigned — but that goes a long way. It’s been a lovely way for me to meet people casually and personally.”

But for many congregations, the question of how and whether to continue those services is complicated – especially since, as much as Zoom has the capacity to welcome new members, it can also push members out.

“I think that live vs. streaming, there are different people who are included or excluded,” Heller said. “A streaming service excludes people who are more traditional in their observance or are trying to have a certain spirit of Shabbat, excludes those who don’t have broadband internet or a facility with a computer. And obviously in-person means that people who are at a distance or people who are ill are excluded.”

“So no matter what you do, it’s going to be better for some and worse for others,” he added.

One way some communities — like Congregation Kol Rinah in St. Louis — have balanced those two objectives, has been by marking Shabbat as distinct from the rest of the week with a departure from Zoom. Instead of Zoom, which they use the rest of the week, Kol Rinah launched a simple non-interactive live-stream from their sanctuary for Saturday morning worship.

“The plan is to continue live-streaming more or less forever on Shabbat morning,” said Rabbi Noah Arnow, the community’s head rabbi, “but what I think will change is the main audience will shift from being an emphasis on the people who are watching at home, to the people who are there in person.”

In the view of Jeffrey Cahn, the executive director at Romemu, which had been doing non-interactive live-streaming for years before the pandemic, anyone who’s asking “whether” to continue live-streaming “is asking the wrong question.”

While many congregations may remain skeptical about indefinite Zoom services, continuing to live-stream feels, for many, benign and non-controversial.

From a Jewish law perspective, “I think offering a one-way stream of a service with a camera mounted somewhere is not particularly difficult to justify,” Heller said, “and doesn’t change the experience for those who are present in the room very much.”

For many synagogues, live-streamed services are here to stay after the pandemic