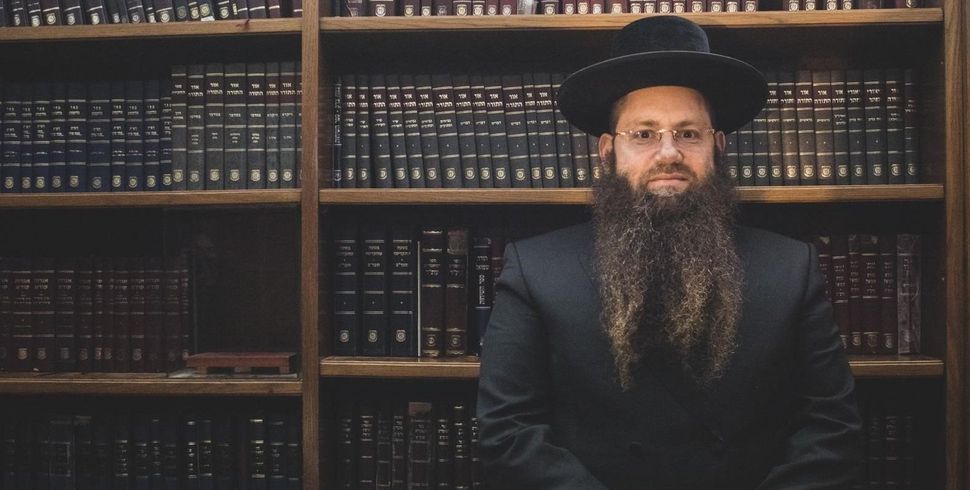 With his black Hasidic coat, flat brimmed hat and long beard, Rabbi Yaakov Herzog must look like a strange sight on the streets of Riyadh, but that’s exactly where he is hoping to relocate after years of working with Jewish expats living in Saudi Arabia.

No native Jewish community remains in the Arabian kingdom, which sits less than 11 miles from Israel and can even be seen from high ground around Eilat. However, in recent years the country has seen an influx of Jews – coming either for tourism, business purposes or on behalf of the U.S. military, which maintains a heavy presence on the peninsula.

Herzog’s interest in Saudi Arabia began when he discovered the Kingdom’s NEOM project. 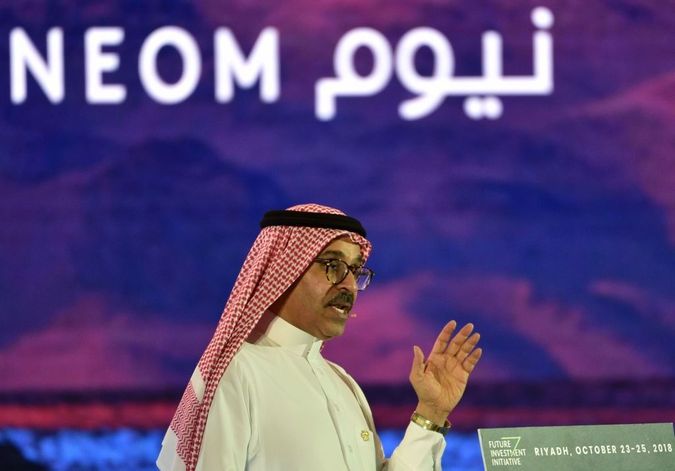 Saudi CEO of NEOM Nadhmi al-Nasr discusses the project at a conference in the Saudi capital Riyadh on October 25, 2018. Courtesy of Getty

An ambitious initiative unveiled by Crown Prince Mohammed bin Salman in 2017, NEOM, is planned as a city of the future, which will connect Saudi Arabia and Egypt by bridging the Straits of Tiran in the Red Sea.

The first phase of the project, a smart city known as the Line, in Saudi Arabia’s northwestern Tabuk province, is envisioned to have no cars and net zero carbon emissions, while housing more than a million people.

The Saudis have spent more than $500 billion on the project, hoping to complete construction by 2030 while critics still question whether the idea is realistic, or even fully acknowledges the laws of physics.

“I heard about this big program the Saudis are doing, building this mega city that is meant to attract the best and brightest,” Herzog said. Immediately he asked himself, “Where will other religions fit in here?” Will there be a space in the new project for synagogues, churches or other places of worship?

When he found the Saudis didn’t have an answer, he set out to create one himself.

The more he researched, the more he realized a framework for Jewish life wouldn’t just be necessary for NEOM but throughout the entire kingdom, as the various major urban development and tourism projects the country had planned would be sure to bring in Jewish workers, tourists and investors.

“If you call the American embassy in Riyadh and tell them you need a rabbi now, you’ll see who they’ll call,” he said.

Of course, no such title officially exists, but Herzog is hopeful that the Saudis will be interested in establishing the role in the coming years.

In the meantime, he has gotten to work organizing everything from kosher food for visiting Jews to fundraising for mikvahs — which would allow the kingdom to be feasible as a permanent home for Orthodox Jews who regularly use the ritual baths.

Herzog currently lives in Israel, but made regular trips to the kingdom before the pandemic and is planning to move to the kingdom full-time as soon as Saudi Arabia opens its borders in May.

Herzog hasn’t just worked with the Jews living in the country, but he’s built deep relationship with many of its Muslim religious leaders as well. “I didn’t anticipate the amount of interest from Muslims I would get” Herzog said.

“They see me as a religious Jewish rabbi, who doesn’t mix religion with political Issues,” he added. “I make it easier for them to show their respect to the Jewish people, without the whole Israel political issue mixed in.”

Nonetheless, Herzog’s work has been made possible thanks to an unprecedented period of liberalization Saudi Arabia has seen in the last few years. In the past, the public practice of religions other than Sunni Islam was forbidden in the kingdom, according to the U.S. State Department.

Saudi Arabia is still one of the strictest regimes in the Middle East, but the rule of the relatively young crown prince has seen an easing of restrictions.

Those reforms, which brought greater freedom to women, such as the right to drive, and weakened the power of the Mutawa — Saudi Arabia’s religious police — also opened the country up to practitioners of other religions, especially their clergy who were previously forbidden from entering the country.

Herzog has been granted permission to host religious services for up to 120 people (limited to 20 during the pandemic.) However, he has also had to make it publicly clear that he will not be doing conversions in the country and has no plans to bring any of Saudi Arabia’s Muslim citizens into his congregation, even those with Jewish ancestry. That’s something not uncommon among Saudis, as the kingdom had a significant Jewish community for centuries until 1932 when they were offered a choice between expulsion or conversion to Islam.

The rabbi’s road to Arabia 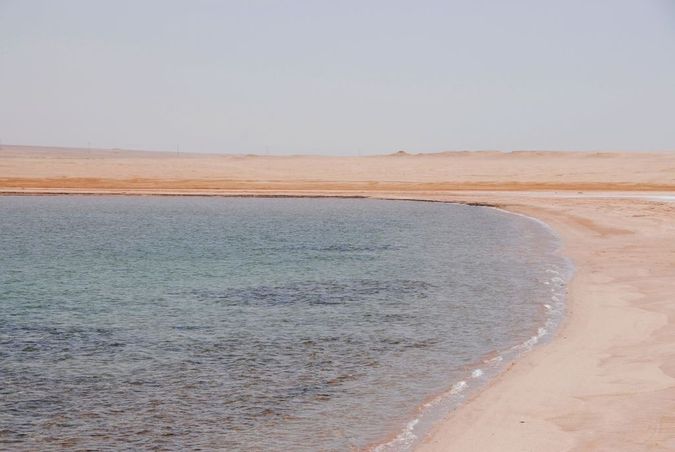 Though Herzog began working in Saudi Arabia two years ago, it was far from his first experience in the Arab world. In fact, he first began traveling to the region long before he was a rabbi.

Born and raised in a religious home in New York’s Greenwich Village, Herzog moved to Israel as a teenager. In Israel, he established an agribusiness company, Shneorseed, through which he dealt with clients in Morocco, Egypt, Jordan and beyond.

“Jewish people are accepted all over the Middle East right now,” Herzog said. He’s part of a growing movement of rabbis that have found they can promote and support Jewish life in the Muslim world if they work together to bypass political issues and engage only on a religious level.

While maintaining his business, Herzog continued his religious studies and ultimately received rabbinical ordination. “In addition to being a business owner, I wanted to do something which would leave an impact on the world,” he said.

Though he’s led a few rabbinical initiatives in Israel, Herzog feels that Saudi Arabia has become his calling.

“When I saw what was going on in Saudi Arabia, I realized that this was the time to put what I’ve studied into practice and do it on a large scale,” Herzog said. “It’s something much bigger than I ever dreamed it would be, but I’m happy because I think there’s a brighter future for that kingdom and I think that I can add value to it and for the Jews who end up coming to it.”