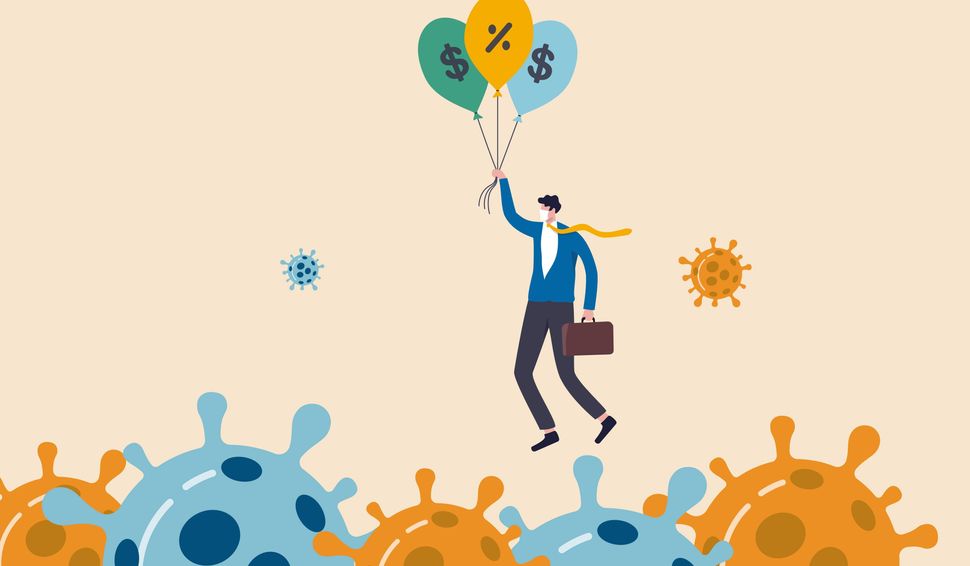 The pandemic has had an impact on tax deductions. Illustration by Nuthawut Somsuk / iStockPhoto

A suggestion to rabbis: don’t do your own tax return this year.

The pandemic forced most people to move their office to their home and rabbis were no exception. Rabbis found themselves setting up a room in their house from which to work, buying office supplies and camera lighting to Zoom with congregants and participate in minyans. But is any of that deductible when filling out their 2020 tax returns?

“Every rabbi I know is working from home and I don’t know of any rabbi who thought about that,” confessed Rabbi Elyse Wechterman, executive director of the Reconstructionist Rabbinical Association. “I already did my taxes and this is something we should have looked at. I will encourage others to do so.”

“People spent so much time and energy making it work as they worked from home,” she added, “doing Zoom services, pastoral care visits on Zoom and some through porch visits wearing masks – I counseled someone as we sat in our cars six feet apart with our windows rolled down and wearing masks – that I don’t think we had thought about how it would affect our taxes.”

Jonathan Medows is both a Conservative rabbi and CPA in New York. “Most rabbis are lovely people, but they don’t have a Masters in Business Administration,” he said.

The unusual nature of rabbinic work during a global pandemic could certainly complicate the typical clergy tax return. “Even if he or she has always done their own tax returns, this might be a good year to seek assistance from someone who does this on a full-time basis,” said Henry Grzes, lead manager for Tax Practice & Ethics for the American Institute of Certified Public Accountants. “Just as 40 years ago you might have been able to change your car’s oil and spark plugs but can’t do that today, a CPA can assist you with your 2020 tax return and give you tips on how to save taxes in 2021, tips that would offset the fee you pay.”

Pandemics and the parsonage 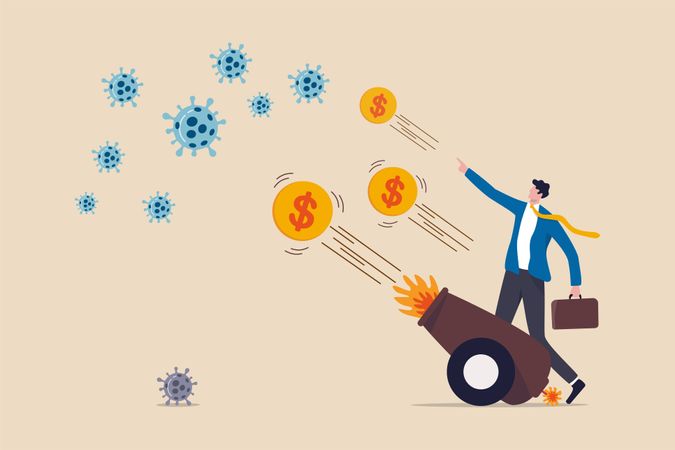 The pandemic has had an impact on tax deductions. Illustration by Nuthawut Somsuk / iStockPhoto

Gil Nusbaum, the general counsel for the National Philanthropic Trust, said that the COVID-19 outbreak created some odd circumstances for spiritual leaders. Asked about rabbis who conducted services in their home during the pandemic, he said it may be possible to deduct expenses such as buying chairs for congregants.

In addition, rabbis should also remember to take a parsonage allowance.

“That is part of a larger tradition that deals with ministerial exemptions,” explained Jonathan Sarna, a professor of American Jewish history at Brandeis University in Waltham, Mass. “That came from a double sense that religion is good and that the government should encourage it without giving special privileges to any one religion. There was a sense that clergy were historically underpaid.

“The parsonage allowance goes back to the way many rabbis and ministers were compensated in the 18th 19th and 20th centuries and still today – the synagogue would own some kind of residence and the rabbi would live there and not pay taxes on it. As parsonages became less common, rabbis would live in their own home and get the equivalent tax benefit.”

Sarna noted that the parsonage allowance has been repeatedly challenged in the courts but that the courts “have generally felt it passes legal muster for a variety of reasons, including the fact that it has gone on for a very long time and the tax laws have all sorts of benefits for different groups.”

Can a dining room table be deducted?

Although rabbis employed by a synagogue or other organization such as a Jewish community center or day school worked from home during the pandemic because their office was closed, “there isn’t anything an employee has the right to deduct [from their regular income tax] for reimbursement of out-of-pocket employment expenses,” according to Grzes.

That had been possible prior to the Tax Cuts and Jobs Act of 2017, which eliminated such deductions in return for providing a higher standard deduction in the tax code, Grzes noted.

“For anyone incurring expenses on their own while working at home, the best way to recover that cost is to have your employer reimburse you directly,” he said. “If there is a reimbursement policy, rabbis should get it. If not, they should have one put in place. The rabbi should not pay for these things out of his own pocket.”

And should they not be able to get reimbursed, there is another avenue rabbis can pursue when filling out their taxes. “Most rabbis are subject to self-employment tax in addition to income tax,” said Medows, the rabbi-slash-accountant. “This was deliberately done. All ministers are treated as dual status, as also self-employed.”

Medows said he has employees working for him and that he splits with them their Social Security and Medicare payments taxes – each pays 7.65 percent of the employee’s salary. “But when you are a rabbi or a cantor, you pay both ends – the full 15.3 percent,” he said, noting that some synagogues may reimburse their rabbi and cantor.

“Most rabbis are lovely people, but they don’t have a Masters in Business Administration.” – Jonathan Medows, rabbi and CPA

Prior to the change in the tax law in 2017, rabbis were able to take the deduction from both the self-employment tax and the federal income tax they paid. Assuming their tax rate was 25 percent, they could deduct another $1,250 from their federal income tax.

Even rabbis employed by a synagogue may occasionally officiate at weddings and funerals of non-synagogue members. Gil Nusbaum, general counsel for the National Philanthropic Trust, said home office expenses can be deducted from such self-employment income on Form 8829.

Similarly, freelance cantors and rabbis who are hired by a synagogue to officiate on special occasions like the High Holy Days may deduct their home office expenses from that income.

“But your home office has to be used regularly and exclusively for that business,” Nusbaum stressed. “So if you use your dining room as your desk, it would not qualify because you also use it to eat on. And if it is only used once a twice a year, it does not qualify. And the rabbi’s home must be his principle base of business. A rabbi could perform weddings at a wedding venue, but his home should be the principle place where he does business, which could make it challenging for a rabbi.”