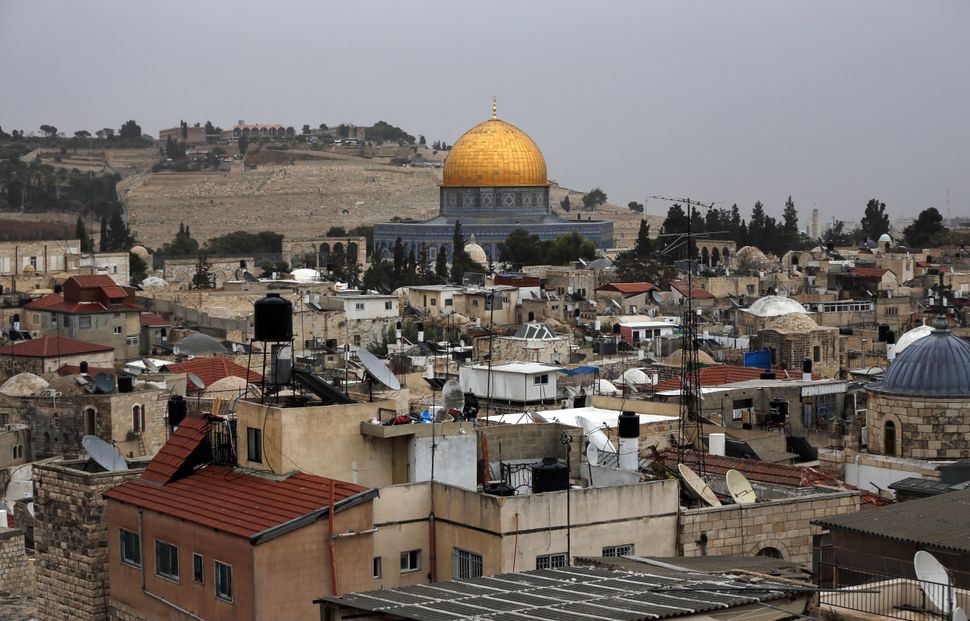 Dianne Morales, one of the leading candidates for mayor of New York City, called Israel an apartheid state in a private event last December, according to an audio obtained by the Forward.

Morales, a former non-profit executive who is polling at around three percent in the most recent poll, described Israel as an “apartheid state” because of its occupation of land in the West Bank, in a conversation with Jewish high school students. “I cannot advocate for equity and justice in New York City and turn a blind eye to the challenges around those issues in Israel and with the folks living in Gaza and in Palestine,” Morales said when asked about her stance on Israel, according to the audio. “I think everybody has a right to live in dignity, everybody has a right to a home, everybody has a right to their land. No one has the right to do that at the expense of someone else, someone else’s freedom in particular. And that’s problematic to me.”

Morales also said that she would not rule out traveling to Israel if elected, but she agreed in principle with a recent questionnaire by the Democratic Socialists of America that asked New York City Council candidates to agree “not to travel to Israel if elected… in solidarity with Palestinians living under occupation.” The Jewish Community Relations Council of New York sponsors annual trips for elected officials and business leaders. “I think that question on the questionnaire was terribly worded,” Morales said. “Had they asked about participating in these propaganda trips, I think that would have been different.”

Morales visited Israel for a weeklong trip sponsored by the JCRC in 2015. Morales, who was executive director of Phipps Neighborhoods at the time, was part of a community leaders mission to Israel headed by Letitia James, the city’s public advocate and current attorney general of New York. At the December virtual event Morales described the mission “a propaganda trip.”

“I was not happy with my experience on that trip, to be frank, because I don’t think that we were given sort of honest and straightforward information,” she said.

Rabbi Michael Miller, JCRC’s longtime executive director, told the Forward on Friday that he was “shocked that Morales would refer to that trip as being propaganda.” Miller, who is retiring later this year, said that was not his impression of her experience at all while talking with her after the trip. “Why would she entertain continuing that conversation with me if we were not honest with her?” he asked.

Regarding the Israeli-Palestinian conflict, Morales remarked, “The country is beautiful, so I understand why everybody wants a piece of it.” But she accused Israel of “actively participating in the infringement and the violation of other people’s human rights.”

The Morales campaign did not clarify her remarks by press time.

Morales recently received the endorsement of the Working Families Party as their second choice in the new ranked-choice voting system.