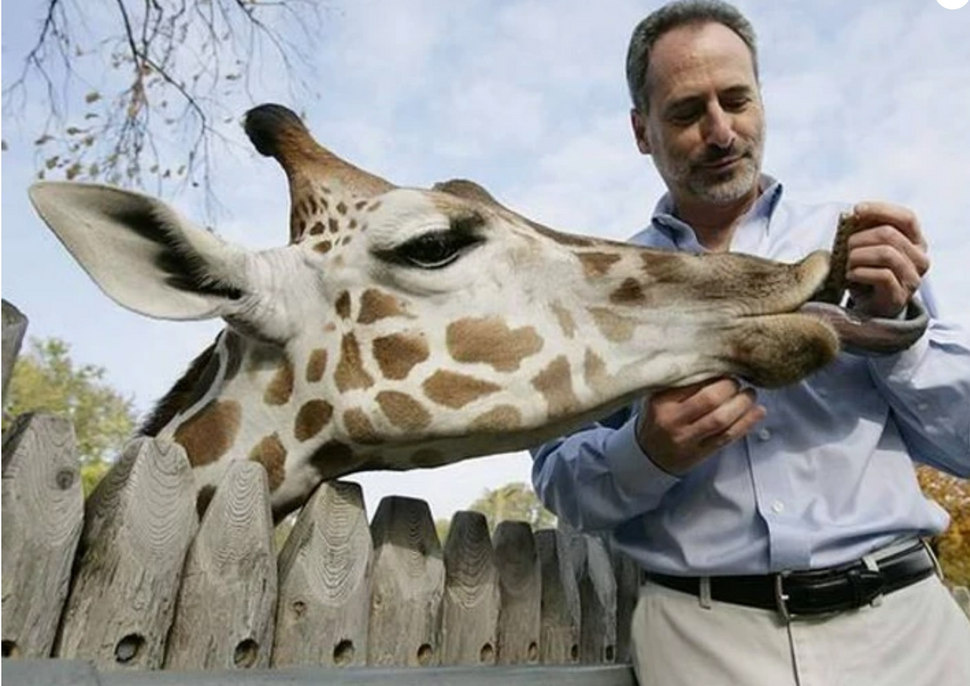 When Ron Kagan closed the Detroit Zoo’s elephant exhibit, the elephants were happy, but a lot of humans weren’t.

Elephants were a signature attraction that drove attendance, and no American zoo had ever given up the prized pachyderms on humanitarian grounds. But 16 years ago, Kagan, the zoo’s soon-to-retire executive director, decided that the harsh Detroit winters were unnatural for Winky and Wanda, the pair of elderly Asia-born elephants in his care. They both suffered arthritis and foot ailments caused by hard zoo grounds, and a lack of proper exercise and socialization had left them depressed.

Yet the idea of shutting down the zoo’s most popular draw baffled the zoo world and worried the board that oversaw him. The American Zoo and Aquarium Association, in fact, threatened to withdraw the Detroit zoo’s accreditation if Kagan went through with it.

But Kagan refused to relent. And when, in 2005, Winky and Wanda were relocated to a sanctuary in California, Kagan took his place at the forefront of a revolution in thinking about zoo-keeping that now seems obvious: Animals in captivity should live in appropriate climates with facilities that, to the extent possible, mimic their natural habitats.

Kagan, 69, retires this June after a nearly half-century career that started at what is now the Tisch Family Biblical Zoo in Jerusalem during the Yom Kippur War in 1973. He looks back proudly on the watershed decision that defined his career — and helped define modern zoo-keeping.

“When I first started, there were polar bears in zoos in South Texas. Now you tell me, could that ever make any sense?” Kagan said.

For sparking this change of mindset across the zoo world, he’s received high praise from animal welfare groups including perhaps the most strident, the People for the Ethical Treatment of Animals.

“He understands that above anything else, patrons want to know that animals in captive facilities are being treated humanely,” said attorney Brittany Peet of PETA’s Captive Animal Law Enforcement unit. “There are many more employees at accredited zoos in senior positions who are now holding those progressive ideals, and they are the future of zoos. We’re going to keep seeing more and more Ron Kagans as the years go on.”

At the onset of the Yom Kippur War, Kagan was a 21-year-old senior from suburban Boston studying zoology at Amherst College who worried Israel might not survive another week. Kagan’s maternal grandparents were murdered in a Nazi concentration camp and his mother was evacuated to Britain from Czechoslovakia in the Kindertransport in 1939.

“I had a strong feeling that I needed to go help Israel,” he said.

When he arrived in Tel Aviv at night, a rumor spread that he was a zoologist — “a bit of a stretch,” he said.

By morning, he was working at the Jerusalem zoo.

It was a 28-acre expanse in Givat Komuna, a poor, bombed-out area of Jerusalem, with more than 200 species, including most of the 130 animals mentioned in the Bible.

Kagan remained at the zoo for a few more months before returning to Amherst to finish his bachelors in zoology. A week after graduation, he returned to Israel to serve 18 months on active duty followed by eight years in the reserves, during which time he lived on the Degania Alef kibbutz and then earned a masters in zoology at the University of Jerusalem.

By then, he said, he’d become disillusioned by Israel’s approach to the Palestinian issue.

“I went there to defend Israel. I did not go there to be either an occupier or an aggressor,” he said. “And I felt that there were some situations where Israel was, in my view, losing its way.”

That perspective, which he viewed as a matter of compassion and human responsibility, followed him back in the U.S., where Kagan — who married and had two children while in Israel — took over as general curator of the Dallas Zoo.

There he began his efforts to transform zoo-keeping from management of living-animal museums into animal welfare facilities focused on education and research. Among his earliest triumphs, he oversaw the rescue of an orangutan from a Clint Eastwood movie that, after Hollywood, found its way to a roadside zoo in Texas.

“It just became obvious that there were so many exotic animals all over the place in terrible situations, and that zoos had been a part of the problem, because long ago, zoos were reproducing and selling off a lot of these exotic animals,” he said.

In 1992, he began an eventful 28-year stint as director of the Detroit Zoo. In 2006 the zoo barely survived Detroit’s financial collapse, and in 2007 Kagan survived a scandal in which it was revealed he did not complete his PhD in zoology as his resume claimed.

Kagan endured, DZS board chairman Tony Earley said, because he has masterfully transformed the zoo with a litany of new exhibits and initiatives. Long before the decision to rehome the elephants, he’d earned plaudits with the Arctic Ring of Life, a two-acre polar bear exhibit that includes three environments – grassy tundra, open sea and frozen pack ice — and the National Amphibian Conservation Center, also known as Ambiphiville, which The Wall Street Journal called a “Disneyland for toads” when it opened in 2000.

“He took it from kind of an OK zoo to one with world-class exhibits,” said Earley, who has been on the DZS board for most of Kagan’s tenure.

Under Kagan, the Detroit Zoo has rescued hundreds of exotic animals from dire circumstances, including circus polar bears, lions used in junkyards, three Alaskan grizzly bear cubs whose mother was shot by a poacher and a bear that served as mascot for Hamm’s Beer. And, in keeping with his lifelong effort to reform the zoo world, Kagan’s DZS established the Center for Zoo and Aquarium Welfare and Ethics and Berman Academy of Humane Education.

“A lot of people look at zoos as a nice civic attraction — but what Ron has done is improved the educational offerings, the research that we do and the work on animal welfare,” Earley said. Removing the elephants “was controversial, but I think everyone understood that this was part of what we were trying to establish ourselves as a leader.”

Meanwhile, attendance flourished in the years since Wanda and Winky left. The facility greeted more than one million visitors a year until the COVID-19 pandemic. Kagan said that confirms his view that the public supports the idea of humane treatment for its zoo animals.

“We’ve brought animals here that do make sense for our climate,” he said. The newest arrivals will be — appropriately — snow leopards.

But Kagan himself will be gone — he said it’s just time to move on. The transition came as disappointing news to PETA’s Peet, who lives in rural Michigan.