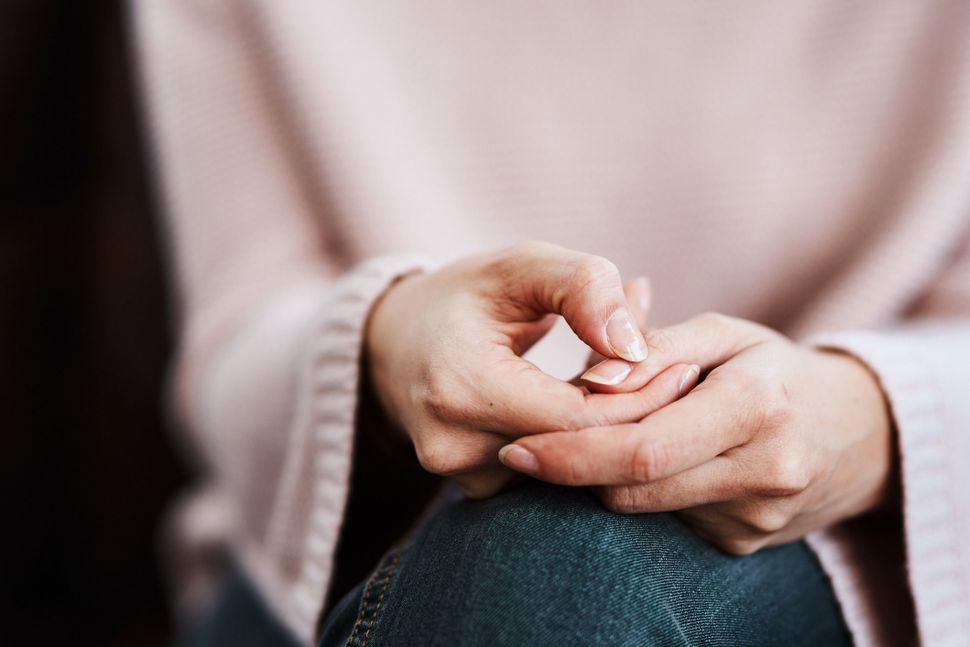 A new report by Jewish Women International (JWI), based on a months-long study, has found that the American Jewish community systemically fails to adequately support survivors of domestic violence.

“The Jewish community is failing survivors and their children by not centering their needs,” the report reads. “Survivors value the Jewish community but often feel stigmatized by it. Communities too often prioritize the macher over the victim. Men are still withholding the get as a means of asserting power.”

JWI, which describes itself as the leading Jewish organization working to empower and end violence against women and girls, released the report Monday. It’s based on interviews, focus groups, and surveys — with staff of Jewish domestic violence programs and the other of clergy.

“We need to re-examine our reliance on systems that were not developed with the safety and independence of survivors in mind,” Roberta Valente, a domestic violence policy expert and a co-author of the report, said in a press release. “The Jewish community needs to meet domestic violence survivors where they are rather than re-victimizing them by shoe-horning their needs into inadequate systems.”

The report’s recommendations include ensuring survivors have access to attorneys sensitive to their trauma, new initiatives to help survivors build economic stability and security, an emphasis on affordable housing and increased access to low-interest loans to enable survivors to stay in their communities, and improved training for Jewish clergy to support families experiencing abuse.

The report comes at a unique moment in terms of global domestic violence trends, as COVID-19 lockdowns made bad situations worse for some victims. Mental health providers, according to the report, saw both a positive and a negative impact of the pandemic on treatment. Some providers expressed concern about maintaining confidentiality for patients through tele-health appointments, but virtual options also reduced barriers for some survivors seeking help.

Increasing funding to maintain hybrid models of service developed during the pandemic is vital, the report found. Amid the COVID-19 pandemic, “home” for many has served as a “place of safety and security,” said Deborah Rosenbloom, the lead author of the report, in the JWI press release. “Yet, for many individuals experiencing domestic violence, home remains dangerous,” Rosenbloom said. “We have the opportunity to create a new understanding of domestic abuse [and] drive new support systems that meet the needs of survivors and the advocates that serve them.”

The report also found that in terms of survivors’ legal needs, pro bono attorneys often don’t adequately address long-term child custody, divorce and financial disputes between survivors and abusers. The authors recommended each Jewish domestic violence center to be provided with adequate funding to keep at least one attorney on staff full-time.

On housing, JWI found that in part because government housing is not readily available in many Jewish communities, there is a significant lack of transitional as well as affordable permanent housing for Jewish survivors of domestic violence.

JWI said in the report that it is exploring partnerships with Airbnb and Lyft, in order to fill unmet needs for both housing and transportation. In addition, the report recommended that Jewish community leaders, real estate investors and funders work together to develop localized strategies for addressing these problems.

The report also focused on the impact of household violence on children. When children witness domestic violence, studies have found, they are more prone to experience anxiety and depression in adulthood. Jewish communities, the report recommends, should work to build these children’s sense of belonging to the community. It also recommended that all children’s summer camps, youth groups, schools and athletic teams receive ongoing training to support children witnesses of domestic violence.

Two-third of clergy respondents in the JWI survey said that they have been approached by victims of domestic violence, and were often the first professional to whom the survivor turned.

The authors of the report will be holding a free and open talk on Tuesday, April 27, to present their findings.

“This is just the beginning for us with this,” Meredith Jacobs, the chief executive officer at JWI, said in an interview.