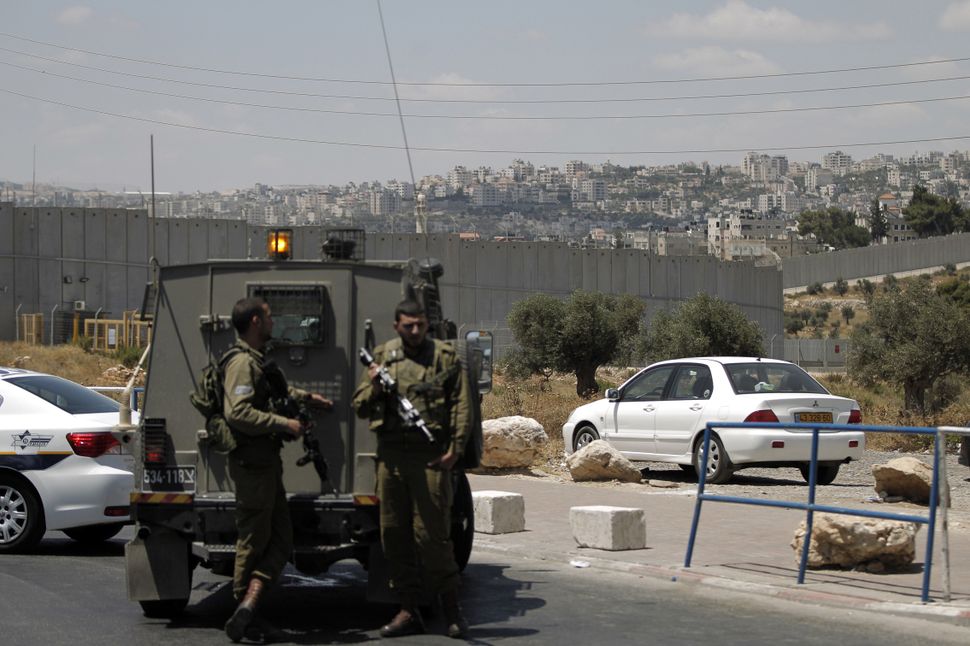 Publicly, Jewish American and pro-Israel groups are paying little attention to a Human Rights Watch report released Tuesday that accuses the Israeli government of committing the crime of apartheid. The report, called “A Threshold Crossed,” represents the first official use of the term by the widely-respected New York-based group.

The day of the report’s release, organizations including AIPAC and the American Jewish Committee had neither released statements or tweeted about the report.

An exception was the Conference of Presidents of Major American Jewish Organizations. Its leaders in a statement called the report “disgraceful” and said it “attempts to demonize, delegitimize, and apply double standards to the State of Israel.”

Gilad Erdan, Israel’s ambassador to the United States and the United Nations, called the report “a collection of lies and fabrications, bordering on antisemitic, which is part of the organization’s ongoing campaign against Israel.”

Erdan said the report reflected the biases of its author, Omar Shakir, the group’s Israel and Palestine director. “He has continually acted against Israel and his numerous ‘reports’ are not worth the paper on which they are written,” the ambassador said in a statement.

Major news organizations — from the New York Times to Reuters to CNN — covered the report’s release, as did many Jewish and Israeli news outlets, including the Times of Israel and [the Forward].

Pro-Palestinian and anti-occupation groups and activists applauded the report on Twitter. Here is a sampling of their reaction:

IfNotNow, a left-wing progressive Jewish group, tweeted that “apartheid is part of the reality on the ground” and urged American Jews to “take the time to read” the report.

The Institute for Middle East Understanding highlighted key quotes from the report and flagged its recommendations for “other countries to condition funding of Israel’s army on Israel taking steps to end apartheid, and to impose travel bans and asset freezes on Israeli officials who maintain apartheid.”

Ishaan Tharoor, a Washington Post columnist, wrote on Tuesday that Human Rights Watch’s use of the term “apartheid” reflects an ongoing shift in the conversation about Israel. “The longer equal rights for Palestinians get deferred, the larger the question of apartheid looms,” he cautioned.

Jeremy Ben-Ami, president of J Street, was quoted by Tharoor in his column: “This new HRW report raises critical concerns that should deeply trouble both supporters of Israel and those who care about Palestinian rights,” Ben-Ami said. “The fact that the occupation inherently threatens Israel’s future as a democratic homeland for the Jewish people and involves the systematic deprivation of Palestinian rights simply cannot be ignored.”

CJ Werleman, a freelance journalist, linked to a blog post where he compared the struggles of the Palestinians to those endured by the Kashmiri people under Indian military in Jammu and Kashmir.