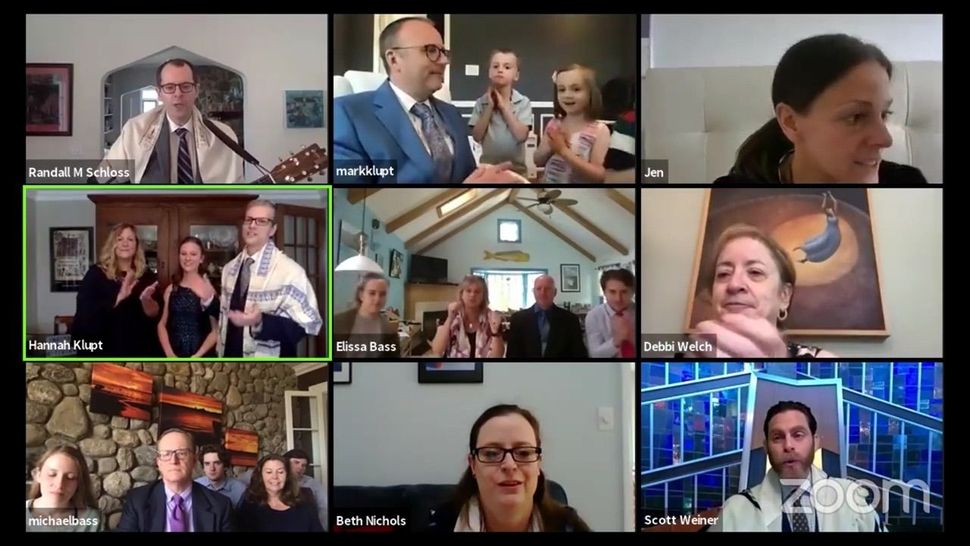 Technology usually has a slow adoption rate. But during the last year, one tech tool has dominated, enabled, connected and overwhelmed us, depending on the person and the day: Zoom. After a few weeks of confusion, even tech-averse older adults found themselves embracing the platform because they couldn’t physically embrace their loved ones. But as the use of the platform spread, so did Zoom fatigue, finds a new study from Stanford University.

According to the study, one in seven women – 13.8 percent – compared with one in 20 men – 5.5 percent – reported feeling “very” to “extremely” fatigued after Zoom calls. The culprit, the study indicates, is what social psychologists describe as “self-focused attention,” triggered by the self-view in video conferencing. Age and race were also factors, with younger people and people of color reporting increased Zoom fatigue.

Being “on camera,” whether it’s daily or weekly, is exhausting.

“It’s just like I’m there in the room with you,” we told ourselves during virtual office visits and meetings. “We’re so blessed to be here together as a community,” our rabbis and spiritual leaders repeated.

Some of us have invested a year of time in online communities, meeting weekly or monthly to support one another. We’ve got jokes about what we’re wearing or not wearing when we’re Zooming; sometimes it’s not a joke (see also Jeffrey Toobin). We’ve got funny backgrounds and Zoom filters that apply makeup or facial hair for you; fun as a joke, until you realize your “lipstick mark” is floating around the lower half of your face, or you don’t know how to turn it off (see also “cat lawyer”).

Living far from family has taught me the benefits of video calling: I get to track my nieces and nephews as they grow, see the smiles that break out on their faces when I join the call, and I also see when they’ve had enough and they’re just too distracted to keep talking. (I don’t take it personally.) In May of 2020, my brothers and I organized a family Zoom call to mark my mother’s yahrzeit. And I’ve attended virtual shivas across the country and around the world without leaving L.A., which would have been impossible without video calling.

As I’m brushing my hair off my face for the 20th time, I try to stay in the moment, to be present and not distracted by my own reflection like some sort of narcissist. But it’s actually the opposite of narcissism, decades of being self-critical that has now reached its pinnacle in the Zoom era.

We stare at ourselves, distracted by flaws. Did I know that my nose wrinkles weirdly when I’m saying my name? Is that skin blemish on my forehead as noticeable to other people as it is to me? What about the “maskne” I got from my diligent face-covering? What does my coffee mug say about me to my colleagues? Should I grab some cover-up before my next meeting or hide my self-view?

Being aware that I am “on camera” can prevent embarrassing nose-rubbing, teeth-picking or unconscious facial expressions that show people what I’m really feeling. I have always wondered if men feel the same pressure. The study indicates that if they do, it’s significantly less.

Zoom can prevent us from doing real work, say some professional Jewish women 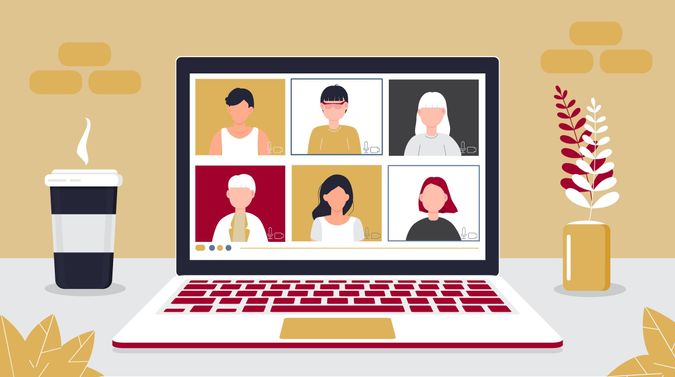 While face-to-face can be more intimate, it can also put up a boundary that an audio-only call can break down. Sara Shapiro-Plevan, Lead Consultant at Rimonim Consulting and founder of the Gender Equity in Hiring Project, took a simultaneous virtual walk with an L.A.-based friend, talking on the phone for a deep, flowing conversation that was “one of the best I’ve had in a long time.”

Jamie Allen Black, Chief Executive Officer of the Jewish Women’s Foundation of New York, said that more than “fatigue,” wrangling with back-to-back Zoom meetings from morning to night each day doesn’t leave her time “to get my real work done.” Her workaround is to ensure that at least one of these meetings is phone-only, so she can grab some food or take a break from being on camera.

Chava Shervington, a board member and past president of the Jewish Multiracial Network based in L.A., said that her experience was less about Zoom fatigue and more about “a general level of fatigue with the system.”

“It’s the fatigue of people of color, exacerbated that they’re expected to be on screen pretending that everything is OK in the world…while all the chaos is happening outside in the world,” Shervington said. “A lot of people [of color] are being called to voice opinions and publicly process trauma which is exhausting. [We’re] exhausted in general, by continued cycles that don’t seem to be changing, where communities are falling. When you’re on Zoom there’s necessity to be on, not just present, but to be physically on and have cues that you’re ok, and it’s just another day at work. But there’s all this other stuff going on.”

As with any tool, the personal impact of Zoom depends on the people in the call and how careful they are about creating space to nurture their relationships.

Shapiro-Plevan and I, who met in New York decades ago, recently had dinner “together” over Zoom. It was decidedly not work. It was after both of our work days were over. We were uninterrupted.

We cleared the space, making our connection our central purpose. We heard each others’ voices, saw each others’ smiles, and understood that just because a connection is digital, doesn’t mean it isn’t real.