Rocket man: Jared Isaacman is leading the first trip to space without astronauts 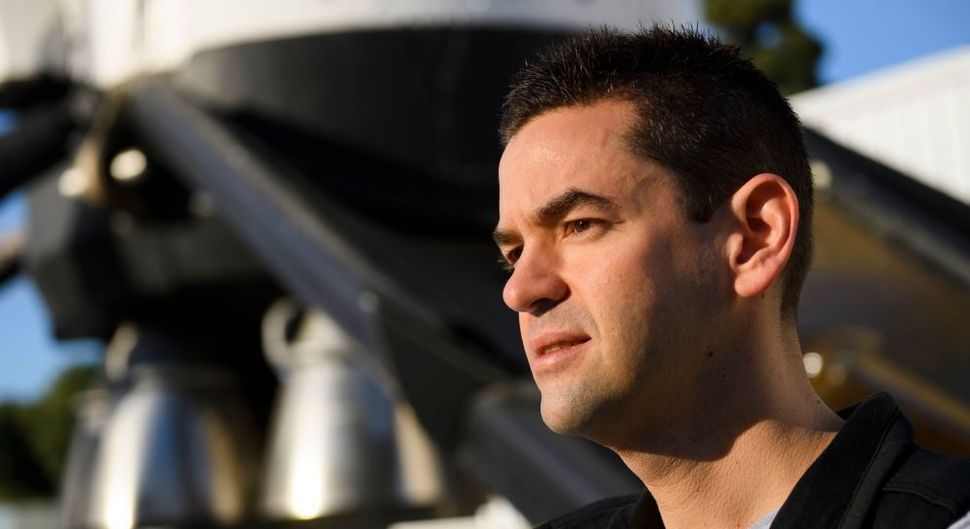 Jared Isaacman set the world speed record in 2009 by flying a jet around the world in 61 hours, 51 minutes and 15 seconds, more than 20 hours faster than the previous record. In September, he plans to circle the globe again – but in 92 minutes.

How? His next flight he will be aboard the spacecraft called Resilience, which will be launched atop a Falcon 9 rocket from NASA’s Kennedy Space Center in Florida. It will orbit the Earth for three days at an altitude of 335 miles (about 80 miles higher than the orbit of the International Space Station) at a speed of about 17,150 miles per hour or about five miles per second.

As he looks forward to what will undoubtedly be the thrill of his life, Isaacman is now undergoing training to serve as the spacecraft’s commander. Although there have been other space tourists in recent years who have bought seats alongside astronauts aboard Russia’s Soyuz spacecraft, this will be the world’s first spaceflight without the presence of a professional astronaut from NASA or another space agency.

Isaacman, 38, a self-made billionaire who admits to being a “space geek,” confesses he has been “very lucky in life.” He purchased all four seats on the spacecraft from Elon Musk’s company SpaceX for an undisclosed amount of money. Isaacman said he bought the other three seats so he could offer this ride of a lifetime to non-billionaires. He is doing it to raise money for St. Jude Children’s Research Hospital in Memphis, which cares for children with cancer and other diseases at no charge. His goal is to raise $200 million for the hospital, and he has committed to personally donating half of that. 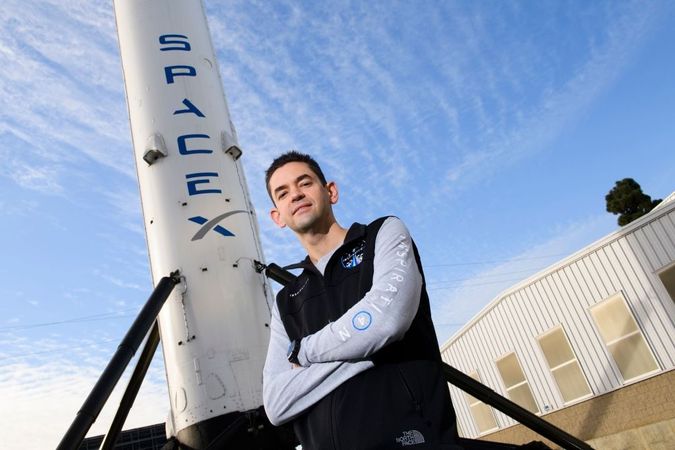 Isaacman, a self-made billionaire who admits to being a ‘space geek,’ confesses he has been ‘very lucky in life.’ Photo by Patrick T. Fallon / AFP / Getty Images

One of the seats on the flight, which Isaacman is calling his Inspiration4 mission, will go to Hayley Arceneaux, 29, a former patient at St. Jude who now works at the hospital as a physician assistant. She will be the youngest American ever to go into space and the first person with a prosthetic body part (metal rods were inserted in her left leg to replace bones during her treatment for bone cancer). The other two seats will go to Christopher Sembroski, 41, of Everett, Wash., a data engineer for Lockheed Martin, and Sian Proctor, 51, a community college professor from Tempe, Ariz., who had been a finalist in 2009 when NASA was selecting new astronauts. An African-American, she holds a doctorate in science education and won a contest sponsored by Isaacman’s company, Shift4 Payments.

Shift4 Payments is an Allentown, Pennsylvania-based payment processing company that Isaacman founded in the basement of his parents’ Far Hills, N.J., home in 1999 after he dropped out of high school at the age of 16. The company today handles payments for a third of American restaurants and hotels. Isaacman took it public last June; he owns 38% of the stock.

Isaacman also founded in 2011 Draken International, a defense firm that trains Air Force pilots. Two years ago, he sold a majority stake in the company to Blackstone for a nine-figure sum. He also owns the world’s largest private fleet of military aircraft.

He decided to use one of his jets to raise money in 2010 for Chabad of Hunterdon County, N.J., which at the time was holding an auction benefiting the organization’s scholarship fund. The prize he offered: a chance to be a fighter jet pilot for a day in Isaacman’s high performance jet capable of traveling at the fastest speed permitted outside of the military – more than 8Gs or at 80% of the speed of sound.

“The ability to combine having fun and supporting a good cause is a growing trend in fundraising efforts and their success,” Rabbi Eli Kornfeld, executive director of the Chabad of Hunterdon County, said at the time. “People want to enjoy giving back to the community.”

Married and the father of two daughters, Isaacman loves adventure and, in 2008, sought to set a world record for flying around the world in a light jet to raise money for the Make-A-Wish Foundation. But delays at two stops cost him the world record by about an hour. Convinced he could succeed if he simply avoided those stops (Japan and India), Isaacman set out the next year to break the record – and he did.

Although this will be SpaceX’s first commercial space flight, the spacecraft Resilience has flown before. Its maiden launch came last November when it carried four astronauts to the International Space Station. It remained docked there until it returned the astronauts to Earth on May 2 after 167 days.

In preparation for the spaceflight, Isaacman reportedly plans to follow NASA protocols by putting himself and his crew into isolation in advance of the mission and then following the NASA approved curriculum. Because the mission does not include a space walk or any extended experiments, their training will be much shorter and they will not have to learn the ins and outs of the space station.

They expect to train in mountains, caves, underwater and in the woods. Isaacman once explained that they will be in close quarters during these activities in the hope everyone gets “super uncomfortable” to ensure that they all “get along really well under those circumstances here on Earth before we go off in space together.”

Once they return to Earth, the spacecraft Resilience will be quickly prepped for its next mission scheduled for January. It will carry three space tourists – including Eytan Stibbe, an investor and former Israeli Air Force pilot – on a 10-day journey that will include a 200-hour stay on the International Space Station at a cost of $55 million each.

Rocket man: Jared Isaacman is leading the first trip to space without astronauts