In time for Mother’s Day, families reunite after more than a year apart 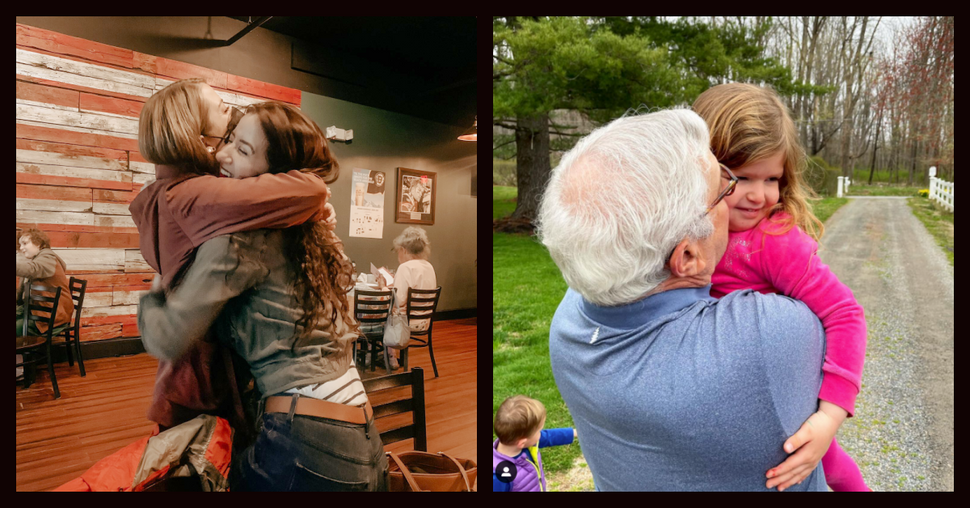 Jamie Stelter, the NY1 traffic anchor who wakes up New Yorkers, has a morning routine of her own: At 4 a.m. nearly every day, she exchanges a text message with her mother. They’re both morning people and “very close,” she tells me, so from that text to when she goes to sleep at night, “I talk to my mom 100 times a day.”

In pre-pandemic times, Stelter’s mother, Helen Shupak, would come up to New York from her home in Philadelphia on a moment’s notice, often to help Stelter, 38, with her two toddler-aged children – Sunny and Story.

So when COVID-19 struck, the sudden forced separation from her parents for Stelter — the wife of Brian Stelter, the host of CNN’s “Reliable Sources” — was “devastating, jarring, and really life-altering,” a reality, she said, was unfortunately far from unique to her. Now, as scores of families across the nation reunite after more than a year apart due to the pandemic, Stelter’s family was no different. With both of her parents vaccinated in time for Mother’s Day, her kids could finally hug and kiss “Bubby and Pop-Pop.”

“It was one of the loveliest moments,” she said. “When everyone was able to get vaccinated, it was like the countdown was on.” For her kids, the night before their grandparents could finally come it was “one of those ‘the faster I go to sleep, the faster I’ll wake up, and the faster Bubby and Pop-Pop will come’” experiences, she said.

With 44% of Americans having received at least one dose of the COVID-19 vaccine, celebrating the joy and hope of reunion after lockdown has become a national trend. Previously, select vaccinated grandparents may have boasted being inoculated by Passover, but with all states now offering vaccines to anyone over the age of 16, the number of people ready to unmask and kiss their loved ones has expanded.

For Stelter, it had been a year of solely communicating through daily FaceTimes, and a year of her three-year-old asking “When are the germs going to be gone?” so their grandparents could visit.

“She is really the perfect age because she is so in love with them, there’s stars in her eyes when she talks to Bubby and Pop-Pop,” Stelter said.

As some grandparents make the trek to see their grandkids in person, other adult children are doing the reverse. Brad Shapiro, a professor at the University of Chicago Booth School of Business, made a trip to Buffalo, N.Y. his first order of business after getting vaccinated. His 90-year-old grandmother, Fran Fachko, hadn’t seen him in over a year.

Fachko is “the greatest human being that ever lived,” Shapiro said in an email. “We always play cribbage together. She usually wins.” 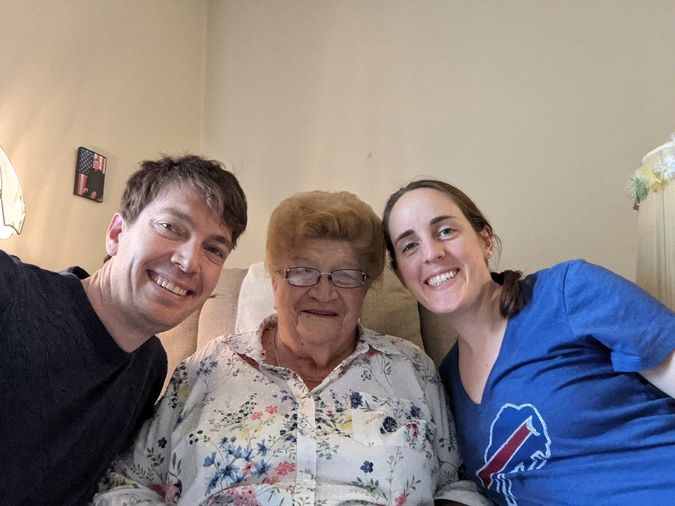 And for Ellen Garbuny, a social worker in Pennsylvania, the widespread access to vaccines enabled what she called her “modern family” to finally reunite, including her sister who she hadn’t seen in 14 months. 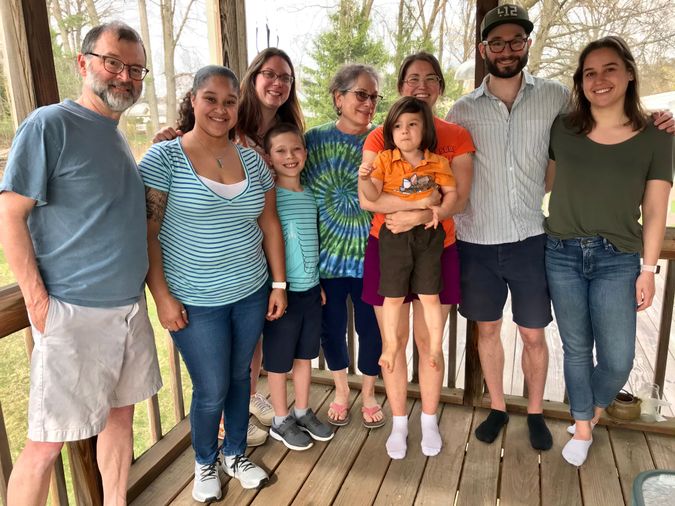 Ellen Gansbury, fourth from the left, told the Forward the vaccines enabled her reunion with her “modern family.” Photo by Vivian Prunier

The catharsis of meeting with, touching, and finally hugging family and friends who the pandemic had kept us away from led many to turn to social media to document the special moments. Using the hashtag #yayscience, some expressed gratitude for the researchers and healthcare workers whose work has enabled these reunions.

As for the Stelters, there’s been one more added bonus: Last weekend, Jamie and Brian took the weekend off from parenting for a long-awaited weekend vacation — and Jamie’s parents were able to fill in as babysitters for Sunny and Story.

“They sort of just jumped right back in as if nothing had really happened,” Jamie said.

This first hug from Grandma, 17 weeks delayed, is brought to you by science ?

#Science gave my and my twin sister the gift of being able to share a meal with (and hug) our grandpa (who is our best friend and love of our life) for the first time in a year. ?

Saying today was anything less than magical would be a lie. I needed it so much. My ❤ needed it. pic.twitter.com/GqSbcaM0qh

Pro tip: get the damn vaccine so you can hug your best friend for the first time in a year and a half for their birthday. I promise, it’s worth it. pic.twitter.com/iWmNqinc58

In time for Mother’s Day, families reunite after more than a year apart