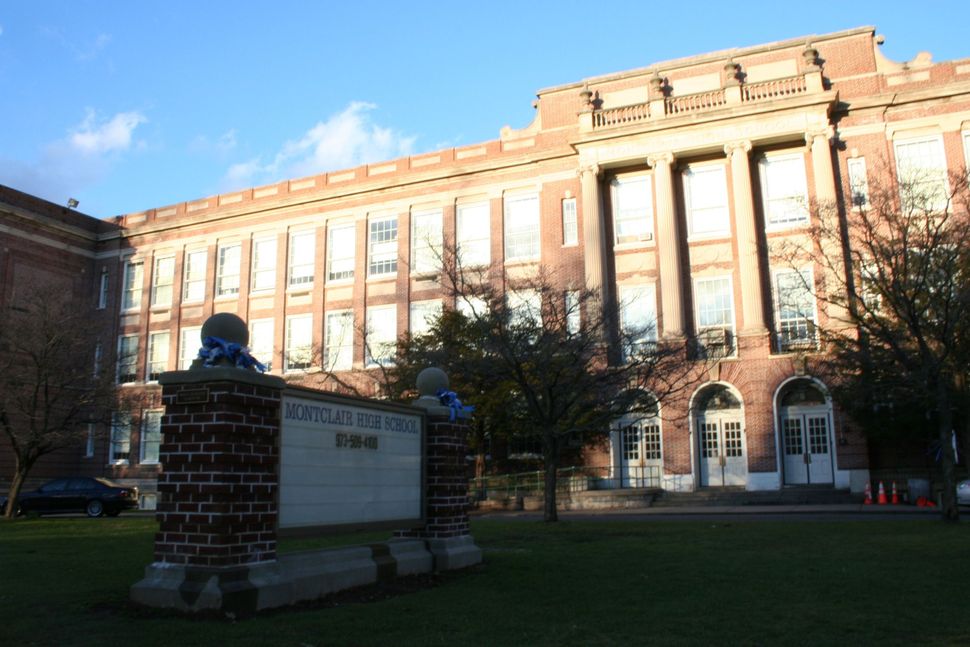 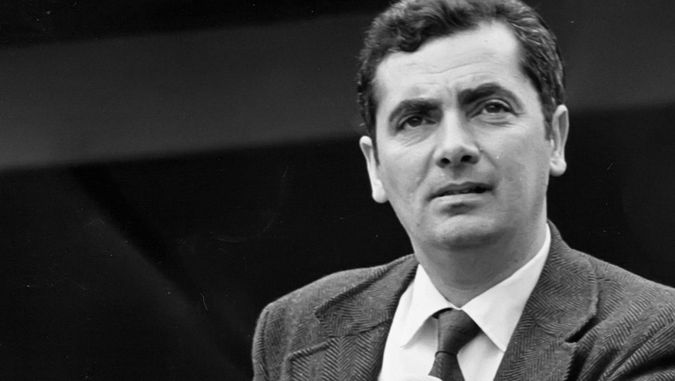 The “daily announcements” email sent to students, parents and teachers highlighted Kahane’s founding of the Jewish Defense League — a militant organization noted for violence and bigotry — and quoted him saying that the group would “do the job that the Anti-Defamation League should do but doesn’t.”

Jewish Montclair parents, appalled by the selection of a far-right figure and convicted terrorist whose followers have been banned from Israeli politics, quickly barraged the school administration with complaints. The assistant principal sent a follow-up email two-and-a-half hours after the original apologizing “to our community members who may have taken offense” but did not explain how the selection was made.

After this article was published Monday night and criticism erupted on several Facebook forums, Montclair’s superintendent, Jonathan Ponds, send a districtwide email Tuesday afternoon with his own apology.

“On behalf of the district, I apologize for an eblast from Montclair High School this week that included information that was not researched or vetted properly regarding Rabbi Meir Kahane,” Ponds wrote. “Moments in history can be very painful, and we deeply regret this eblast. We are truly sorry for offending our families, staff, and community and thank those of you who reached out and expressed your feelings. The district will learn from this incident.”

Josh Katz, the father of a ninth grader and president of Temple Ner Tamid, a Reform congregation in neighboring Bloomfield, N.J., seemed equally frustrated and amused by what he said was a “pathetic” mistake. He did not see malice behind the email, instead attributing the choice of Kahane, who he called a “radical wacko,” to ignorance in the school administration.

“Tomorrow they’re going to be honoring Jeffrey Epstein or Meyer Lansky,” Katz joked. “I can’t believe how stupid it is.”

YOUR TURN: Pretty much anyone would be a better choice than Meir Kahane. Who should Montclair High School have highlighted for Jewish American Heritage Month? Send your picks with a line or more of explanation to [email protected]

Montclair, an urbane and racially diverse suburb about 13 miles from Manhattan, is an ultra-progressive place lovingly referred to by many residents as the “People’s Republic of Montclair.” The high school has a Students for Justice in Palestine chapter and the Black Lives Matter movement garnered strong support in the student body and from the local community.

But the Kahane fracas reminded many parents of prior tensions in town. On three occasions during the 2019-20 school year, swastikas and other antisemitic graffiti were discovered at the high school, whose enrollment is about 2,000. No charges were ever filed. At the end of 2019, a longtime NAACP leader made antisemitic remarks about Jews and gentrification at a public meeting.

The controversy also came amid growing anger among Montclair parents over the school system’s handling of the pandemic. The high school has yet to reopen for in-person classes.

Kahane has long been viewed as a dangerous figure occupying the far-right fringe of Jewish culture and Israeli politics. He was convicted in the United States of manufacturing explosives in 1971, and convicted in Israel of plotting an attack on the Libyan embassy in 1974. He was assassinated in 1990. 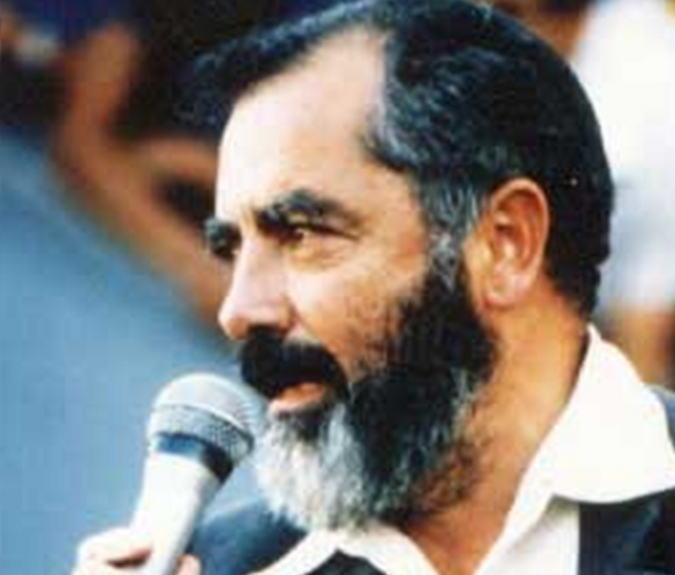 The Jewish Defense League has been classified as a far-right terrorist group by the FBI since 2001. Kach, the political party Kahane formed in Israel, and its successors have been barred from Israeli elections since 1994, though one former Kach activist and Kahane disciple, Itamar Ben Gvir, was just elected to the Knesset in March.

It was unclear how or by whom Kahane was selected for the daily announcement. The two-paragraph biography contained in the email appeared lifted from Wikipedia.

In the follow-up email apology, Assistant Principal Reginald Clark took “responsibility for the lack of vetting,” but gave no details about how it happened. He did not answer email inquiries from the Forward on Monday evening.

“The information was in no way meant to harm or cause discontent among our community members,” Clark wrote. “I do appreciate the prompt response and letters of correction in addressing the matter; we must all learn from each other.

“Moving forward,” he added, “we will be sure to research in a more thorough manner all information disseminated to the community.”

The school’s apology did little to quell the dismay among parents.

One parent, who shared her response to the school with the Forward on the condition she not be identified, wrote, “To single out the extremist, radical, violent and despised Meir Kahane appears to be a decision made by a person seeking to deliberately bring harm to Jews, and Jews at Montclair High School in particular. This is an injury inflicted by the school, at a time when our kids are already beaten down and antisemitism is increasing on campuses everywhere.”

Oren Segal, vice president of the ADL Center on Extremism, said he was forwarded the email by multiple parents Monday afternoon, and that the organization would follow up with the school to learn more.

“I am wondering whether the apology truly recognizes the error that was made,” Segal said. “Community members have the right to know how the error was made beyond just an apology.”

That Kahane was quoted criticizing the ADL, a national leader in fighting antisemitism and other forms of discrimination, only added insult to injury. “At a time to celebrate Jewish American Heritage,” Segal noted, “to include in an email an unprovoked attack on an organization like ADL undermines the whole concept.”

Monday’s “Daily Announcement” email also included notes on Asian American Pacific Islander Heritage Month — with links to five new books and a lesson plan on resilience and resistance — and, for Mental Health Awareness Month, information on Webinars about schizophrenia and depression. Since May 1, at least two other daily announcements have highlighted Jewish Heritage month, with entries on Rabbi Chaim Tzvi Schneerson, an obscure descendant of the so-called “Alter Rebbe” of Chabad Hasidim, who met with President Ulysses S. Grant, and the first synagogue to be established in America, Congregation Shearith Israel in Manhattan, known as the Spanish and Portuguese synagogue.

While these choices were not offensive like Kahane, they struck many parents as odd, raising questions about whether anyone with knowledge of Jewish history had been consulted.

Katz, for one, said he doubted other ethnic heritage capsules would be so lazily compiled. “The whole point is that we’re trying to educate our kids on how to write things that are appropriate, well-researched and true,” he note. “And the administrators can’t do it.”

Even granting the school the benefit of the doubt, Katz struggled to make sense of the fiasco.

“You don’t want to choose Whitey Bulger for Irish American heritage month,” he said. “This is the same as that.”