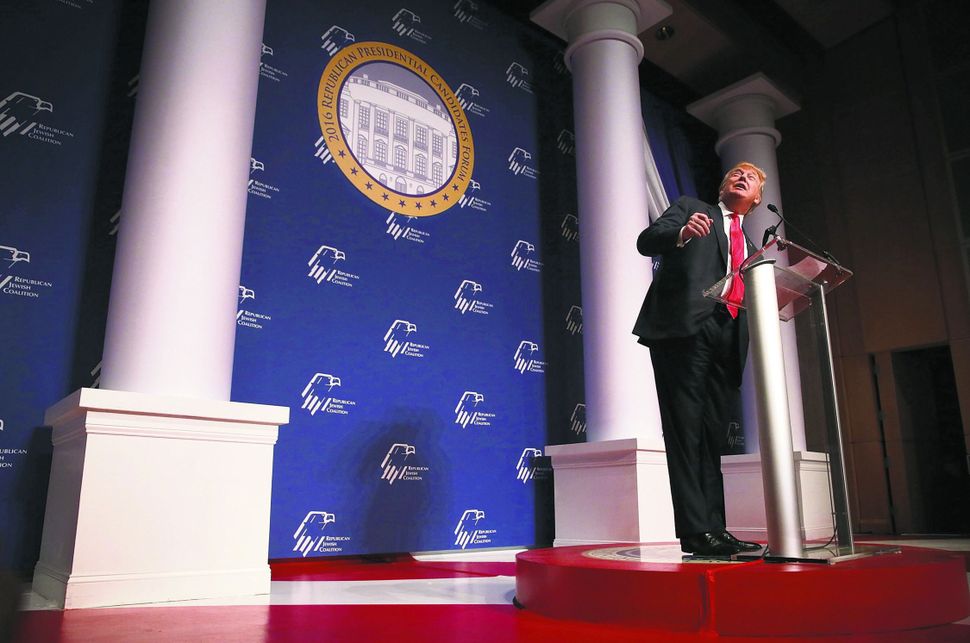 (JTA) — Among the findings of the Pew Research Center’s new survey of American Jews is one that has become increasingly self-evident in recent years: Orthodox Jews in the U.S. overwhelmingly affiliate with the Republican Party.

The Pew survey was conducted between Nov. 19, 2019 and June 3, 2020, a period of dramatic polarization across America in the leadup to the 2020 presidential election. It found a large political polarization by denomination in American Jewry: Among all Jews, 71% are or lean Democratic, and 26% identify more with Republicans.

While Orthodox Jews have been moving rightward politically for years, the data from Pew suggest that politically progressive Orthodox Jews are not just outnumbered but are a shrinking minority within their communities. And it demonstrates the strikingly different ways that Orthodox and non-Orthodox Jews viewed Donald Trump’s presidency.

Matt Williams, director of the Orthodox Union’s Center for Communal Research and an adviser on the new Pew study, said that Orthodox Jewish affinity with the Republican Party should not be attributed entirely to the party’s stance on Israel.

“If you look at the Pew lines on things like same-sex marriage, you see significantly strong alignment between the Orthodox community and what we think of as the Republican platform or conservative value or ethos on that score,” Williams said.

The new Pew numbers come with a giant asterisk, as the researchers worked from a small sample size of 430 Orthodox Jews nationwide out of 4,718 American Jews surveyed overall. Due to the sample size, the margin of error among Orthodox Jews is 8.8 points — nearly three times as large as the margin of error for the data on all American Jews. The new study also was conducted using a different methodology than the 2013 study, making it harder to draw direct comparisons between the two data sets.

But, according to Williams, the data showing the jump in Republican affiliation among Orthodox Jews from the 2013 study to this year’s survey are large enough to rely on.

There was even a minyan on the White House lawn at the signing of the Abraham Accords, deals of cooperation between Israel and several Arab nations, in September.

And Orthodox Jews were among Trump’s most ardent supporters as the incumbent falsely claimed he won the 2020 election and called on his supporters to take back the presidency. On Jan. 6, a number of Orthodox Jews were among his supporters who stormed the U.S. Capitol while Congress voted to certify the election results — some even traveled to Washington, D.C., on specially chartered buses. Some of those Orthodox backers were arrested, including the son of a Brooklyn judge and former president of the National Council of Young Israel, a synagogue organization that took a sharply pro-Trump turn during his administration.

The post New Pew study shows 75% of Orthodox Jews identify as Republicans, up from 57% in 2013 appeared first on Jewish Telegraphic Agency.