L.A. group Magen Am organizes for defense of Jews A Magen Am patrol in L.A. Courtesy of Magen Am

Rabbi Yossi Eilfort wants you to understand that there are more antisemitic incidents than you think.

“I hear stories all the time, like the rabbi who was walking with his pregnant wife and his son to shul and someone called them names, used profanities and tried to intimidate them,” he said.

Eilfort’s story couldn’t be confirmed, but what’s not in doubt is the surging demand for the services of his non-profit organization, Magen Am. 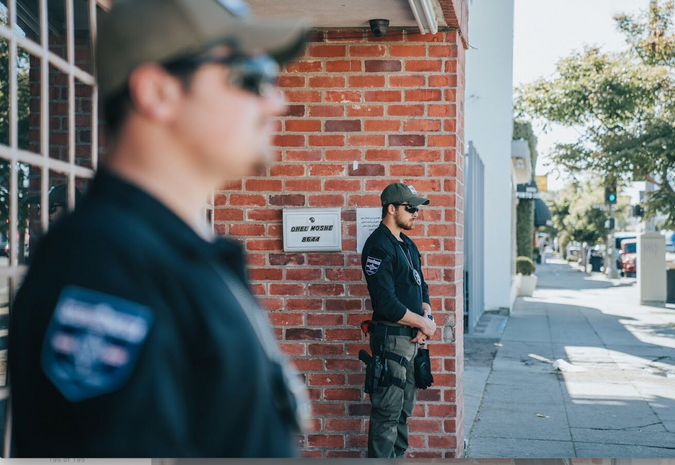 The name means “Shield of the Nation” in Hebrew, and that’s what Magen Am offers: protection to the Jewish communities in L.A and Orange counties. The licensed security organization offers its services free of charge, courtesy of former Israel Defense Forces soldiers and a group of volunteers in the community, some of whom are rabbis. 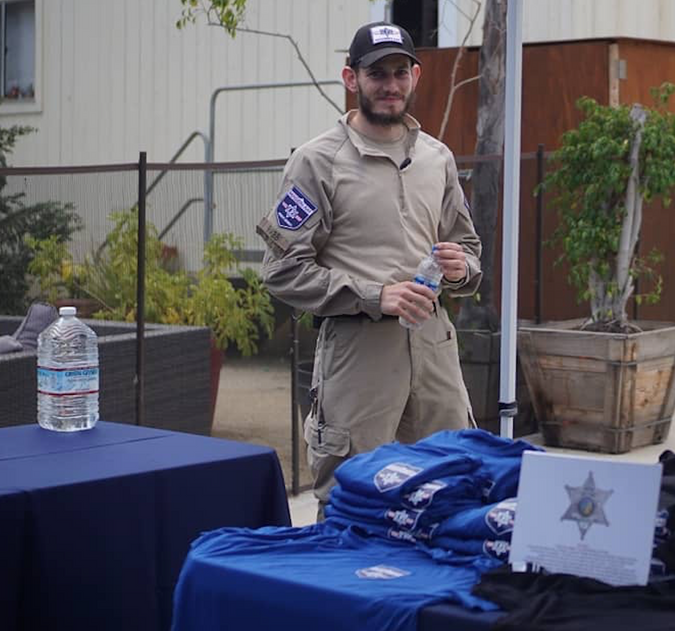 Eilfort, 29, established the organization five years ago when antisemitic incidents, including assaults, were on the rise.

“That was my volunteer project,” explained Eilfort in a phone interview.

Eilfort was a Chabad rabbi who found himself out of a position once the pandemic hit. He moved his family to the mountain town of Big Bear, Calif., where he worked on growing Magen Am.

Eilfort, who was born and raised in San Diego, found himself in the spotlight after the recent attacks on Jews in L.A, including the one on Jewish diners at Sushi Fumi restaurant by pro-Palestinian supporters.

His interviews with local media outlets raised his organization’s profile, and drew even more interest. Remi Franklin, a jujitsu practitioner, approached Eilfort and asked if he could volunteer as well.

“He told me many guys at his gym want to volunteer,” said Eilfort.

Eilfort and a few volunteers, under the auspices of a Los Angeles Police Department program, patrolled the streets of L.A.’s Jewish neighborhoods Friday night and Saturday. 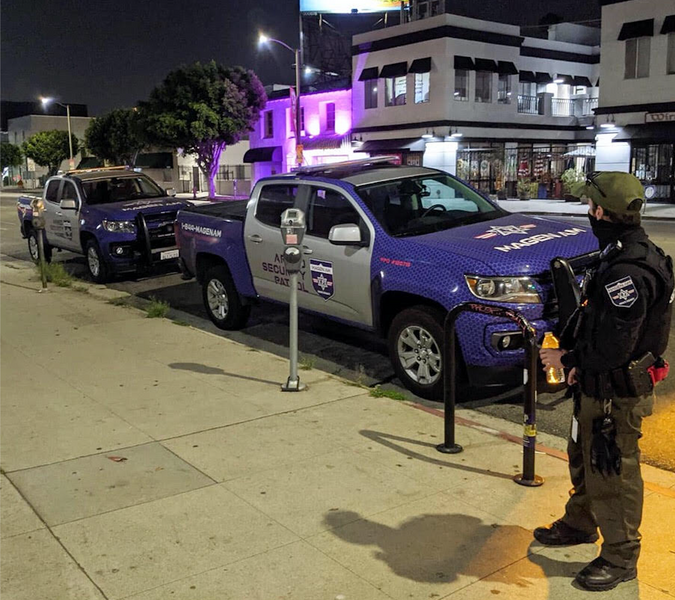 A Magen Am patrol in L.A. Courtesy of Magen Am

Among the volunteers who joined Franklin’s group was actor Jonathan Lipnicki, 30, who made his film debut in “Jerry Maguire” as the son of Renee Zellweger’s character. Lipnicki, who has a black belt in Brazilian jiu-jitsu, trained with Franklin and wanted to support the Jewish community. His grandfather, he told the Los Angeles Times, was an Auschwitz survivor and would have been proud to see it.

Currently, Magen Am has 40 volunteers who patrol the streets, mainly during Shabbat and holidays, or anytime they are needed and called by the community.

The group puts veterans and former soldiers from the Israel Defense Forces through one month of training in order to get them licensed, then uses them as security guards in the Jewish community.

“All of our volunteers are men,” Eilfort said, “because we found it to be more difficult for women in the community to dedicate so much time to training, but we are going to have our first woman volunteer soon. You have to understand that this is not a regular volunteer work — this is a lifestyle change.”

He said one volunteer lost 60 pounds during the rigorous training.

“You really need to want it,” he said.

Eilfort said many of the volunteers are religious men who go to synagogue on a regular basis.

“In addition to davening, they are making sure their community is safe,” he said.

“Police officers can’t be everywhere and all the time, but we are, and it’s up to us to protect ourselves from those who want to harm us” said Michal Horowitz, who lives in the Fairfax area. “I feel safe when I see Magen Am patrol car around.”

For now, Magen Am’s services are offered for free anywhere they are needed, thanks to donations.

“We are not looking to pick up a fight with anyone; we are not vigilantes,” Eilfort said. “We hope that seeing our guys out there will deter them from attacking more Jews.”

L.A. group Magen Am organizes for defense of Jews