Singing in one voice: Arab-Jewish women’s choir challenges the cycle of war 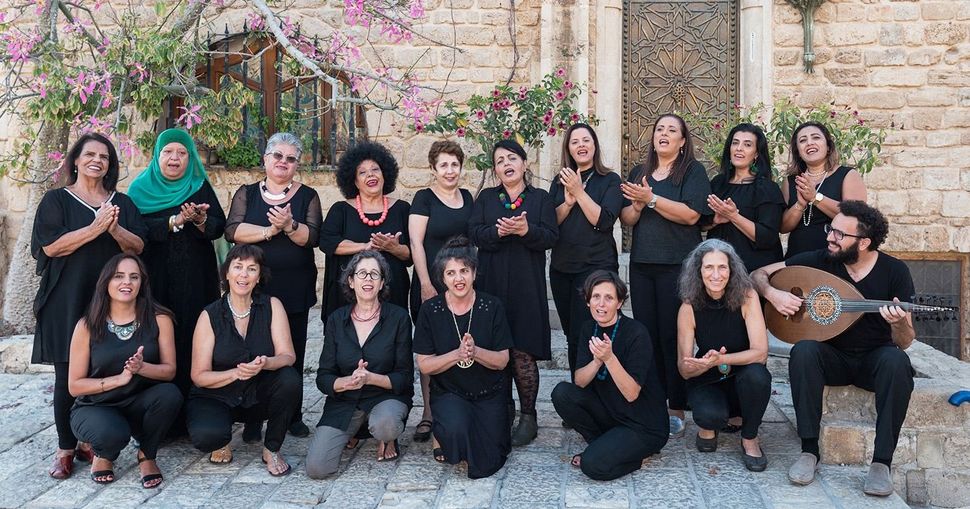 The Rana Choir in Israel is made up of Arab and Jewish women. Photo by Moshe Chitiyat

JAFFA, ISRAEL — Tuesday nights are choir practice nights for the Rana Choir and for Lubna Rifi and Rakefet Lapid and their fellow members of the only choir in Israel made up of Arab and Jewish women. It’s a sacred time. They make a point to never miss it, it does not matter if there’s food cooking on the stove or children asking for help with homework.

But Israel has just been through a war — another cycle of violence that they sing about and lament as feeling never-ending and merciless. Because of the violence, two Tuesday nights were missed. It was too dangerous to meet. Instead, those nights and others over the eleven-day span of fighting were spent in fear — in bomb shelters, safe rooms or stairwells — wondering when air raid sirens signaling another barrage of rockets from Gaza might sound.

Violence also erupted on their doorstep in Jaffa, in fist-to-fist clashes and other brawls between Jews and Arabs, part of a wave of unprecedented, internecine violence sparked by the broader tensions and fighting.

The Rana Choir sings a range of songs from lullabies to feminist tunes, but one song has become their anthem. It’s a rendition, in Hebrew and Arabic, of the traditional Passover song, “Chad Gadya,” with a punch to the gut surprise ending that prompts everyone who hears it to confront — and question — the heartache of living in what feels like endless conflict.

When I visited them in late April, fragments of the previous two nights of conflict swept the streets of Jaffa. There were clashes between Arab youth and the police, and that spate of violence dominated the women’s conversation as they gathered ahead of practice.

What no one knew then, was that violent burst turned out to be a harbinger of the street fighting and mob violence that followed across Israel’s mixed cities, where Jews and Arabs live together. The ancient port city of Jaffa, part of Tel Aviv, is one of them. At its worst, the fighting in Jaffa left two Arab children burned from a firebomb tossed into the window of their building.

Lapid and Rifi who both live in Jaffa like the rest of the women in the choir, met in the soprano section and soon became best friends. At first impression, they appear an odd couple — Lapid is a lanky, outspoken Jewish woman and Rifi is soft spoken with a gentle, nurturing nature. 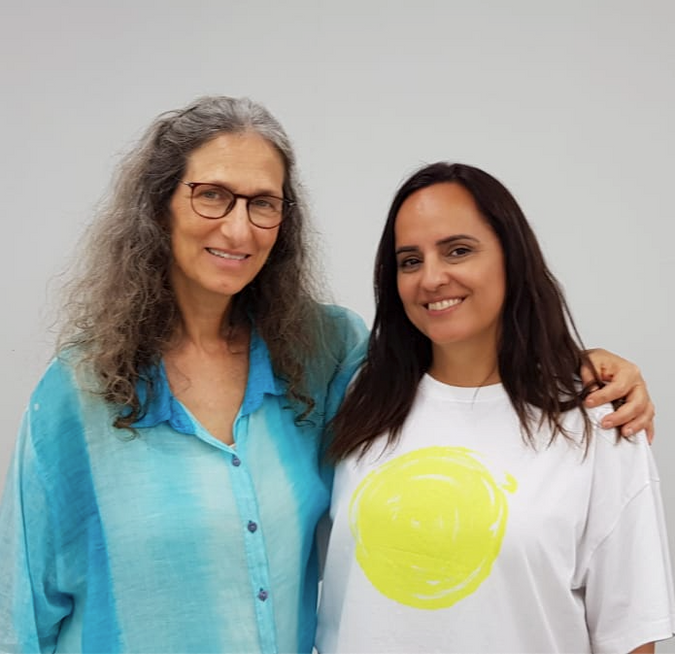 They explain that “Chad Gadya,” was borne out of another time of crisis. It was 2008, Rana Choir had just formed as a choir, and the women — Jews, Muslims and Christians who come from a mix of socioeconomic backgrounds and political leanings — were still getting to know one another. The first war between Israel and Hamas in Gaza had recently broken out and Mika Danny, the choir founder, decided they could not sing the joyful Palestinian wedding song they had planned on learning. Instead, she pulled out “Chad Gadya” and began to teach it to the women.

It’s a version by an Italian composer and was translated into Hebrew by Chava Alberstein, a famous Israeli singer and songwriter. She had added a verse in the end which struck Danny as particularly poignant for the moment. In the verse it says:

“So what has changed for you, what has changed? I have changed this year. And in all the [other] nights [of the year], all the other nights I asked only four questions. Tonight I have another question: When will the cycle of madness end?”

The women sing the song, which is all about a circle of violence in Arabic and Hebrew, starting with the goat that was eaten by a cat.

Rifi and Lapid both see the song as the perfect vehicle for them to address the conflict.

Rifi adds, “To me the song, although we sang it, like millions of times, every time like we’re on the stage, I really like hold my tears because I can see how people get emotional when they hear us and just to see the faces of the crowd and how it touches them.”

The women of the choir have built, measure by measure, through new lyrics learned and harmonies mastered, a community bound by their determination to sing and sing together, even in the face of so much division and hatred.

They are still singing “Chad Gadya” because the endless cycle of bloodshed and harm seems to keep finding another goat to devour. The Rana Choir’s voices rise up in a call to action. To shake ourselves out of our own complacency and stupor and to search for a better way. One of listening and harmony.

Singing in one voice: Arab-Jewish women’s choir challenges the cycle of war