It’s one thing to honor sacrifice on this holiday; it’s another to truly feel it U.S. Army Lt. Gilbert Sapiro died on March 23, 1944, when his B-17 Flying Fortress was hit by German anti-aircraft fire and crashed into the north German countryside.

Lieutenant Sapiro was just one American soldier among 407,316 killed in World War II. It is one thing to honor their sacrifice on Memorial Day, along with the dead and wounded from all American wars — it’s another to feel it, and to understand it.

Sapiro’s service came alive for me in the letters he sent back to his parents. They were handwritten — from troop trains, flight schools and barracks, datelined “Somewhere in England.” His father, Ray, typed each one. Last year, Gilbert’s surviving brother, Mel, who is 94 and lives in Los Angeles, turned them into a self-published book, “Letters to Home.”

Seven out of 100 of all living Americans have served in the armed forces. Of those, 10% see combat. The divides between them and us are more than just a uniform. Most of us will never know what it’s like to live like them, much less to die like them.

Those who serve today are more likely to be poorer and people of color. That wasn’t as true in World War II. The draft cut across barriers of race and class. Many, like Sapiro, the son of a middle-class Jewish family from Jackson Heights, enlisted. 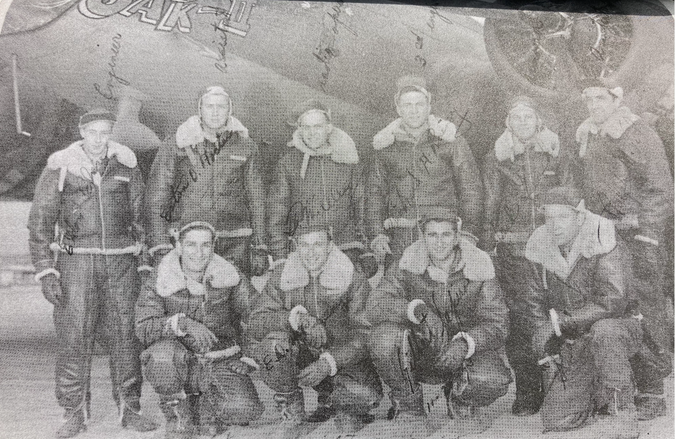 He was just past 18 when he joined the Army Air Force, the predecessor to the United States Air Force, in June 1942. He had been working during the day for a steel company while taking night classes at Cooper Union College, with dreams of becoming a structural engineer.

In one early letter, he asked his dad to deposit his Army paychecks so he can afford tuition. “When this war is over and I come back to civilian life,” he wrote, “I’ll need all the mazuma I can get.” “Mazuma” is Yiddish slang for cash.

“The early mornings are as dark as ink and as cold as the North Pole,” he wrote. “The sky is studded with stars and they seem to be about three inches away from each other. And the sunsets. They are indescribable.”

There’s a lot of that in these letters, the wide-eyed wonder of a kid from New York discovering life beyond home. 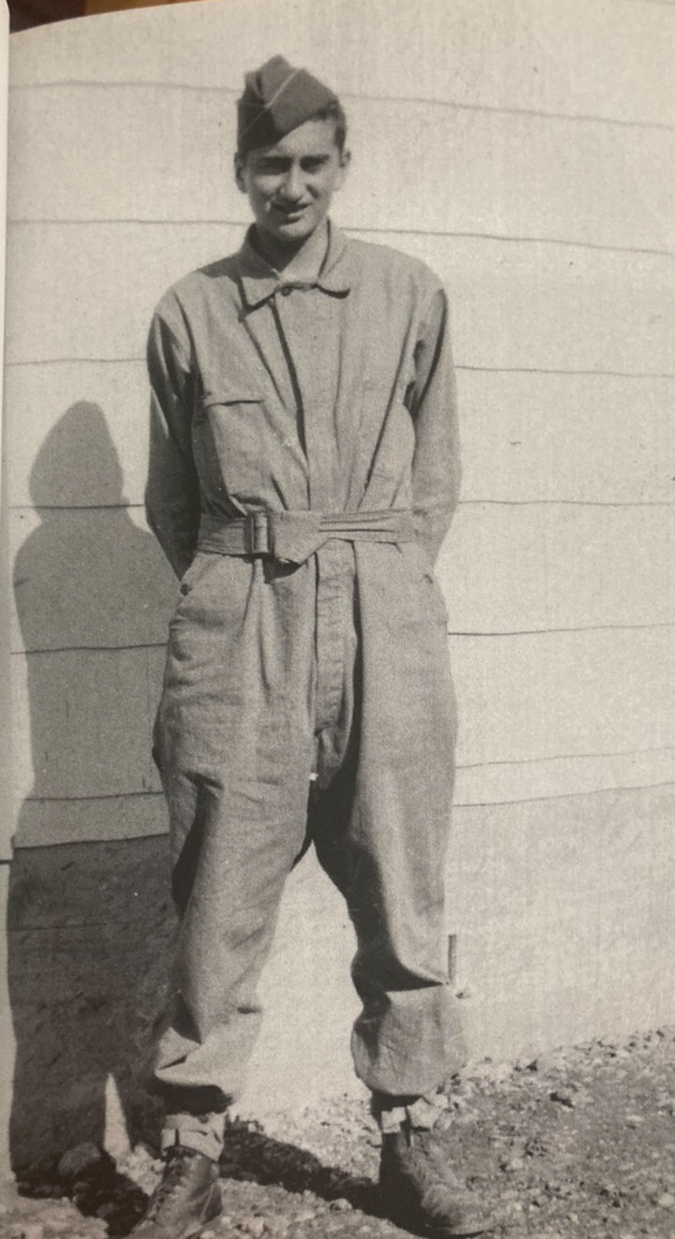 “A strange (for me) thing happened to me yesterday,” he wrote. “I went to the synagogue and to my surprise I actually enjoyed it. It was all in English and the rabbi delivered a nice sermon. We had sandwiches after and there were girls there. I have the address of one of them.”

Sapiro stuffed his letters with flight-school details: the food, the exercise routine, the instruction, his fellow cadets and their social life, which consisted of movies and drinking. He drew diagrams of flight mechanics and navigation geometries. When he graduates flight school on Aug.5, 1943, the letters were interrupted by a typed note from Sid.

“It was a proud father that attended Gilbert’s graduation,” he wrote.

Sapiro arrived in England around Christmas, 1943. There’s a wild night spent at Piccadilly Circus, refusing come-ons from prostitutes, going to a musical, and hitting a dive bar.

“It’s nothing but pay, pay, pay and pay,” he said of London nightlife. “I guess I sound a bit bitter and disillusioned but I am not that calloused yet and I hope I shall never be.”

After the big night, the letters get terse — just a paragraph to say he misses family and how many missions he’s flown.

“As you know from my past letters, to complete the operational tour, I needed 25 missions,” he wrote on March 10, 1944. “Well, today I learned that the number of missions has been hiked up to 30.

“I now have 12 missions to my credit and need only 18 more,” the letter continued. “It seems the more I get, the harder they get…”

There was so much Sapiro couldn’t tell his parents: How after breakfast, 10 men would climb into the B-17’s unheated fuselage and climb to 27,000 feet. How they donned 30-pound anti-flak suits, steel helmets, oxygen masks and heated uniforms to counter temperatures that could drop to 60 degrees below zero. How missions could last eight hours, and at any moment the vast formations could be shredded by anti-aircraft fire, enemy fighters with cannons, rockets and machine guns, even bombs from above.

How he and his fellow crewmen on a B-17 had a 1 in 4 chance of finishing their tours.

There is, of course, nothing in the letters about his final moments: Did fear overtake him, or adrenaline? Did he have time for last words? Did he suffer?

In movies, there is portent and foreboding. In these letters, as in life, there is none. In Sapiros’s brief last letter home, on March 18, 1944 he complains that he hasn’t received any letters for a while, despite writing at least three each week. He says he is tired. “I now have 13 missions in.” He ends by saying there’s not much news to report.

“Write soon and often and until I hear from you again, I am, Gilbert.”

That was five days before he was killed.

Two years later, his father received a letter from the Army Air Force explaining how and where his son died, and the location of his grave in Hankenbuettel. Gilbert Sapiro was posthumously awarded the Purple Heart, Air Medal and Oak Leaf Clusters for his “courage, coolness and skill.”

“If you visit a military cemetary you will see rows of graves, one after another,” Melvin Sapiro writes in his forward to “Letters Home.” “Each grave representing a life sacrificed, like that one over there — that’s my Brother.”

Correction: An earlier version of this column misstated the number of American soldiers killed in World War II.