When their season was cancelled by COVID, these college athletes found faith off the field 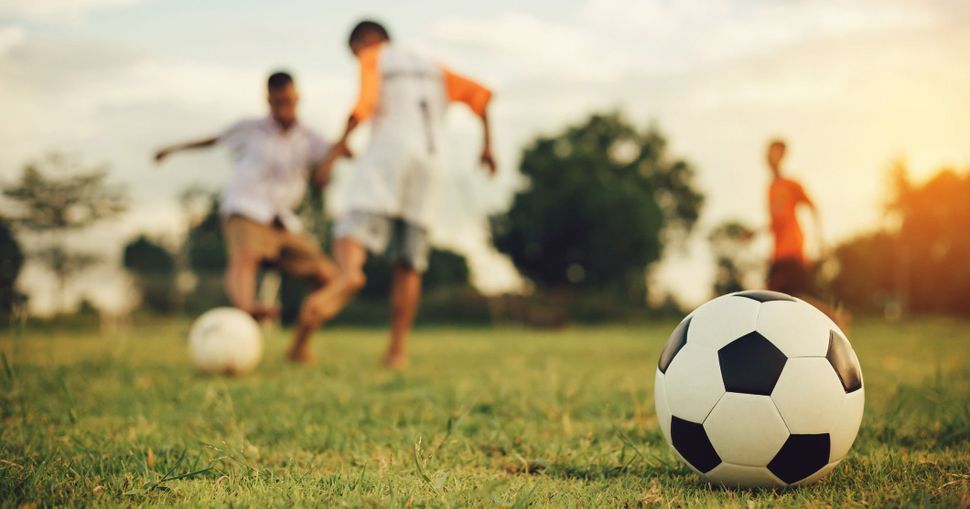 Players on a soccer field. Photo by Natee127/iStockPhoto

Like many Jewish college athletes, Kylie Hall had a lot of time on her hands when the COVID pandemic struck in March, 2020. The soccer player at Emory University saw games and practices cancelled.

Into that void entered a campus rabbi who recruited athletes to an online educational program as a way to pass the time during quarantine. It proved so successful that Hall said she is now “thinking about” one day becoming a rabbi.

“The program showed me that Judaism is an important part of my life and that I can’t just put it aside,” said Hall, 19, of Phoenix, Ariz.

She had been approached during her freshman year to attend a Jewish extracurricular class, but declined, believing she didn’t have the time amidst a busy school and sports schedule. “But then good came out of the horrible situation of COVID at the beginning of my sophomore year,” she explained.

A fellow soccer player, Arielle Williamson, reached out to her and other Jewish athletes inviting them to join a program Rabbi Yaakov Fleshel was creating called the Jewish Athlete Fellowship (JAF) that would feature virtual discussions with Jewish athletes and coaches.

“It sounded interesting … and it has been really great,” Hall said. “I was able to get to know the athletes on a different level. I had known of them but had never spoken with them.”

Williamson, 21, of Denver, said that when Rabbi Fleshel asked her to recruit Jewish students for his program, she “took advantage of COVID because athletes did not have as much responsibility” that semester.

“The rabbi was excited about doing this special program for athletes,” she recalled. “All the athletes came from very different backgrounds; all were secular. Some had attended Jewish camps and had a bar mitzvah, but a lot did not. Some would celebrate Christmas and Hanukkah and came from mixed marriages.”

JAF started last fall with 16 students from different sports — baseball, softball, track and field, tennis, soccer and swimming. The program proved so successful, it was offered again the second semester, and more athletes were recruited.

Most of the students were sophomores, juniors and seniors. Rabbi Fleshel said the only requirement for admission was that they “have one Jewish parent and that they identify as being Jewish,” he said. “Most of the speakers were not frum and most of the athletes were not involved in Jewish life. This was a chance for all of them to do something Jewish that they had never done before.”

In addition to being a campus rabbi, Rabbi Fleshel is the local representative of Meor, an Orthodox organization that offers Jewish educational programs at both public and private universities in the United States to help students learn about their heritage and identity. He is also part of Atlanta Scholars Kollel, a Jewish outreach organization.

At the end of the eight-week program, Rabbi Fleshel spoke with the athletes’ parents, who said they were happy to see their kids involved in Judaism.

Among the sports figures who spoke to the group virtually was Bracha “Beatie” Deutsch, an American-Israeli and one of the fastest woman marathon runners in Israel. She is an observant Jew and, for modesty’s sake, runs marathons in a skirt and long-sleeve shirt. Other speakers included Josh Pastner, head basketball coach at Georgia Tech, and Derrick Hall, Kylie’s father and CEO and president of the Arizona Diamondbacks. He also helped the class get other speakers — including Stan Kasten, the president of the Los Angeles Dodgers.

Derrick Hall, the President and Chief Executive Officer of the Arizona Diamondbacks, speaks to the Jewish Athlete Fellowship.

The weekly programs lasted about an hour, with the speakers talking about the struggles of being Jewish and playing, their life and how they got involved in sports. Plenty of time was allowed for students to ask questions.

The rabbi and guest rabbis spoke on the off weeks. And each week Rabbi Fleshel invited groups of students to his home for Shabbat dinner with his family.

“Everyone wore masks, but it was held outside on his porch,” said Hall, who went with a couple friends. “Every time I would go to the rabbi’s house, I would learn something new. It was mostly about the parsha read that week, and then there were meaningful conversations about Judaism and anything I wanted to talk about. I think the rabbi is a huge part of making it so special. We all have made friendships and are not afraid to ask questions.”

For Williamson, Judaism “was an important part of my life growing up,” she said by phone from Israel, where she is spending the summer participating in a Masa Israel Journey program, an immersive career development and leadership experience for young adults.

She said she looks forward to continuing the JAF program in the fall but that she realizes it will be hard “because everyone will first be coming back to school.”

“I hope we can do it,” she said. “We are going to be reaching out to other Meor campuses like New York University and Brandeis to try to engage their Jewish athletes. We have big dreams and aspirations for this program.”

Williamson believes the program has far-reaching impacts. “The cool part of it is that I now have Jewish connections and hope to create a huge network of Jewish athletes.” she said. “On Yom Kippur, I always had trouble talking to the coaches about not attending practice. They said ‘you don’t have to play but I still want you to come because you can’t miss anything.’ I said I couldn’t, but not all of the Jewish athletes did that. Now, having a union of Jewish athletes makes having that conversation easier.”

When their season was cancelled by COVID, these college athletes found faith off the field