Snapchat at the Supreme Court: Why the case of the cheerleader matters to Jewish students 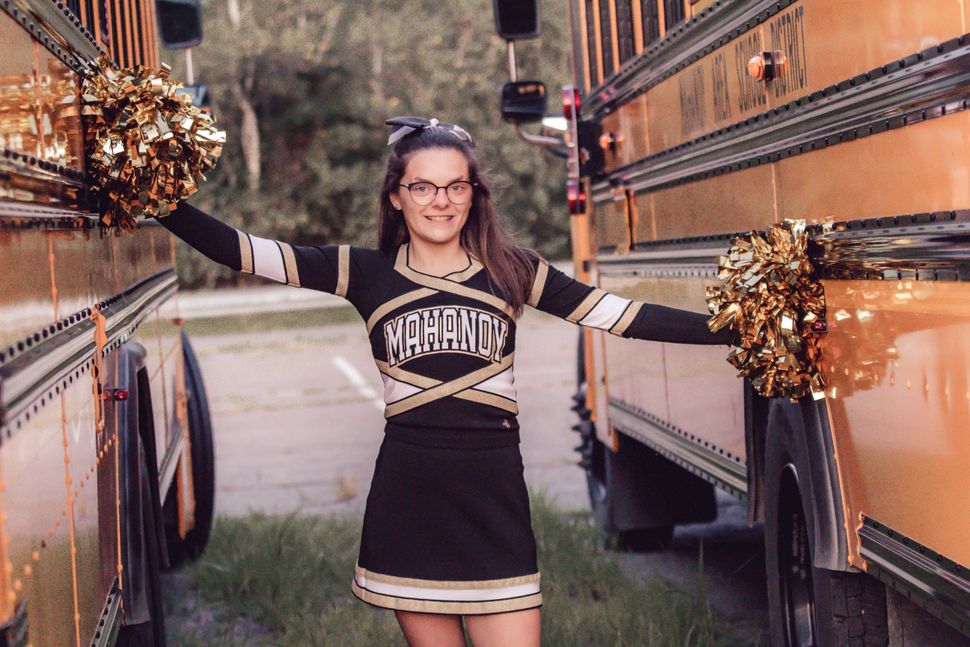 Despite her Jewish-sounding last name, Pennsylvania teenager Brandi Levy, whose expletive-filled remarks on Snapchat are the center of a case soon to be decided by the Supreme Court, is not Jewish.

Her father thinks the Levys are Pennsylvania Dutch. “I was going to do one of those DNA things you see online, on TV, but I never got around to it,” Lawrence Levy said.

But civil rights and Jewish groups are following Levy’s case closely, worried that a ruling against her could curtail students’ speech — especially the speech of students from marginalized groups. The Anti-Defamation League has signed onto a brief supporting Levy.

The case, B.L. vs Mahanoy Area School District, hinges on a public school’s ability to punish a student for online, off-campus speech. In Levy’s case, the speech is a selfie with a caption in which she expresses her dismay over failing to be chosen for the varsity cheerleading squad when she was a high school sophomore in 2017.

The message, sent on a Saturday from a convenience store to about 250 people, included an image of Levy and a friend with their middle fingers raised, along with a string of words expressing the same sentiment. Using a swear word four times, Levy objected to “school,” “softball,” “cheer” and “everything.”

Snapchat messages disappear from the platform in 24 hours, but a screenshot of Levy’s found its way to her coach, who suspended her from the squad for a year. Currently, public schools can restrict speech only on campus. The school district is arguing that the internet makes the campus distinction irrelevant. (The First Amendment does not apply to private schools, which can regulate their students’ speech regardless of where it occurs.)

Sara J. Rose, who is one of the ACLU attorneys representing Levy, said that extending the limits on campus speech off-campus and online would grant too much authority to schools to attack student expression.

“Anything that’s controversial, if it causes disruption at the school or could, we can prevent kids from engaging in that speech,” Rose said. “And a lot of religious speech is controversial.”

The parameters around campus speech were established in Tinker v. Des Moines Independent Community School District, a 1969 Supreme Court case brought by high school students who were suspended for wearing black armbands in protest of the Vietnam War. Justice Abe Fortas wrote for the 7-2 majority that public schools, to limit speech, needed to prove that student conduct would “materially and substantially interfere” with the operation of the school.

That decision did not affect off-campus student speech — which is protected by the First Amendment. But the internet did not exist in 1969, let alone picture-messaging apps like Snapchat. So the Court’s ruling in Levy’s case, which is expected later this month, could determine what kind of online speech, if any, is subject to Tinker’s limits. 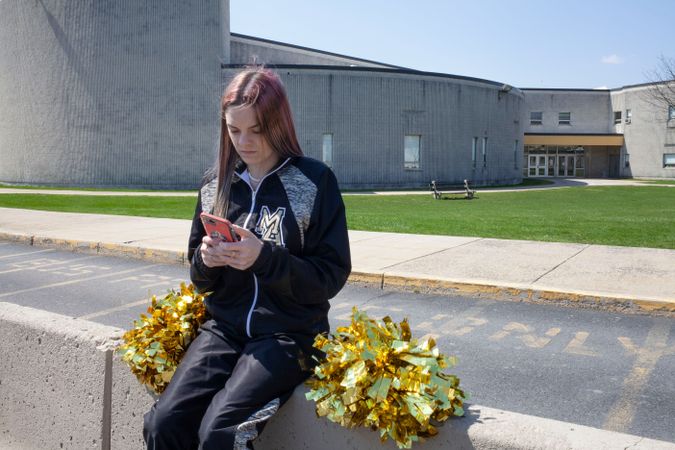 The school district argued that the Tinker parameters should apply off-campus because they guard against abuse, and that the internet’s “ubiquity, instantaneous and mass dissemination and potential permanence” make the speaker’s location irrelevant. To the ACLU, applying the Tinker standard off-campus would grant sweeping authority to schools to censor speech they don’t like by calling it disruptive.

Rose offered the recent Israeli/Palestinian conflict as an example of how giving schools such discretion could curtail student speech. In an area with a large pro-Israel population, a student posting “Free Palestine” to social media could potentially be disciplined for disrupting school activities. A student emailing pro-Israel material in a school where many students support the Palestinian cause could be punished by the same token. The questionable connection between speech and school in those cases may not matter, as lower courts have not always required it.

She and other free speech advocates are concerned that a ruling against Levy could mean that any off-campus speech — not just online speech — can be punished so that even going to a pro-Israel rally could be seen as disruptive if a resulting controversy played out on campus.

“Under the school district’s position here, if it caused a disturbance in school, even if the speech took place completely outside of school, the school could punish kids for engaging in that demonstration,” Rose said.

The ADL signed on to an amicus brief prepared by the National Women’s Law Center, Lambda Legal Defense and Education Fund and the Lawyers’ Committee for Civil Rights Under Law. The brief urged the Supreme Court to strike a balance — to empower schools to respond to threatening forms of speech without overextending their authority to off-campus speech writ large. Certain federal statutes like Title IX require schools to combat harmful speech, and anti-bullying statutes have already been passed by 47 states, according to NPR.

The brief argued that schools should be permitted to regulate bullying, harassing, and threatening student speech wherever it occurs, but also that schools should not be permitted to regulate off-campus speech that may pose a “substantial disruption” of school activities, meaning speech that does not rise to the level of bullying, harassing, or threatening speech. It held that the schools’ interest in addressing this type of speech is “significantly diminished off campus and is outweighed by students’ First Amendment rights.”

The ADL issued a press release announcing its participation in the brief, but declined to comment beyond it.

During oral arguments on April 28, several justices expressed reluctance to expand the reach of Tinker, while others pointed out its limitations in a world where students’ social media posts can strongly affect the school environment.

Meanwhile, Brandi Levy, now 18, is wrapping up her freshman year at Bloomsburg University of Pennsylvania, where she is studying accounting.

The now-infamous snap she posted after failing to make the varsity cheerleading team disappeared after 24 hours. But it lives on in the courts and could impact students’ First Amendment rights for decades to come. Four years since that post, Levy says she’s had enough legal talk for a lifetime. But she says she’s not sorry for the case born of her high school outrage.

“I’m sitting here in the Supreme Court proving a point that schools can’t punish students for expressing themselves,” she said. “I don’t think I regret it, honestly.”

CORRECTION: The original version of this article incorrectly identified the ACLU as the author of the brief joined by the Anti-Defamation League. ADL joined a brief authored by the National Women’s Law Center, Lambda Legal Defense and Education Fund, and the Lawyers’ Committee for Civil Rights Under Law.

Snapchat at the Supreme Court: Why the case of the cheerleader matters to Jewish students