Two weeks from the primary, Kathryn Garcia’s star is shining. Can she make it to City Hall? 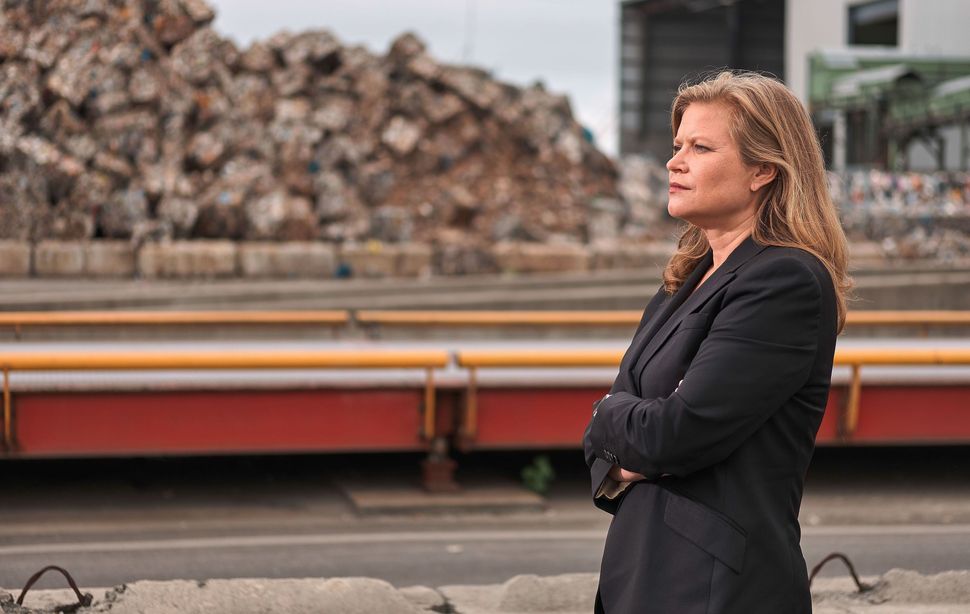 Kathryn Garcia, one of the leading candidates for mayor of New York City, is not a flashy candidate with wide name recognition. Nor does she have an especially compelling personal story to share. But she boasts a record of experience in governance that she believes will inspire voters to choose her for mayor in the June 22 Democratic primary. Recent polls show that she has gained the confidence of many of them.

Garcia, who served as sanitation commissioner for the past seven years, is currently competing for second place with Andrew Yang, according to a Spectrum News NY1/Ipsos poll published on Monday. Her sudden rise in the polls comes in the wake of coveted endorsements from the city’s leading newspapers, The New York Times and The Daily News.

In a recent interview, Garcia said her strategy since launching her campaign for mayor last year was to break out when voters are paying closer attention to the race, after they have examined what the other candidates offer. “When they looked around, it became very clear that it was my resume and ability to get things done, coupled with a real vision of where to take the city, that resonated,” she explained. “It’s just the right time that they are discovering that.”

She compared the connection she has made with voters to a person going to the doctor for medical care. “When you’re having surgery, you don’t want the new person just out of medical school. You want the one who has done it a few times,” Garcia said.

Garcia, 51, began her career in government at 22 as an intern in the sanitation department. She then worked in the finance department, and became the chief operating officer of the city’s environmental agency under former Mayor Michael Bloomberg. In recent years, at the helm of sanitation, Garcia was also tapped as interim chief executive of NYCHA, the city’s housing agency, and as the coronavirus-response food czar last year.

Gunning for number one

As the race intensified in recent weeks, Garcia fended off suggestions that she would be a good second choice in the ranked-choice primary and in the next administration. Yang, who once held the lead in the race, has often said that she would be his second choice in the primary and that he would hire Garcia if elected. With Garcia’s rise in the polls, Yang drew back some last week, blaming her for the “piles of trash” that plague the city.

“I find it somewhat amusing that I was going to run his government until we went up in the polls,” she said, “and then suddenly he was like, ‘Oops.’”

Garcia suggested that Yang “has been making my case for mayor for the last few months,” by saying that she would do an effective job running the government. She proposed a different plan: “You could just hire me, you don’t have to hire a middleman.”

During her tenure in the de Blasio administration, Garcia developed a close relationship with various Jewish communities, including the Orthodox in Brooklyn. She pointed out ways she accommodated their religious practices during the Jewish holidays, making sure school buses and garbage trucks were not deployed at inconvenient times.

That work, she said, helped her better understand and meet the Orthodox community’s needs during the pandemic, by expanding the distribution of kosher meals during the COVID-19 lockdown that paralyzed the city, among other efforts. She also built a program that has delivered over 230 million meals to families in need, including kosher-for-Passover meals.

In a phone interview with the Forward, Garcia criticized Mayor de Blasio’s relations with the Orthodox community, which hit a low point over its relatively slack compliance with the city’s social distancing guidelines. She said both the mayor and Gov. Andrew Cuomo should have worked with trusted community leaders to develop coronavirus-related restrictions before announcing them. In addition, she said, the government “should have done everything possible to allow people to practice their faith while making it safe — even if it means getting creative with outdoor tents or street closures.”

“It’s really important to be having those conversations in an honest way but also offering to be part of the solution,” Garcia added. “The next mayor has to be the person who is delivering for communities and helping them, but I also fundamentally believe that religious worship can for some people be as important as food and shelter, that it is at the core of their day-to-day survival.”

Experts estimate that New York’s 1.1 million Jews make up about 20% of the voters in the city’s Democratic primaries. Orthodox voting blocs, historically a powerful and even a decisive factor in mayoral elections, have solidified behind Yang and Eric Adams.

Garcia, who has met with local Jewish groups in recent months, said she’s convinced that her resume and relationships across the city will make her a top-tier candidate for many Jewish voters. The [Queens Jewish Alliance for Action]((https://twitter.com/jccoltin/status/1400181575602556936?s=21), an Orthodox political group in Central Queens, and Assemblyman Dan Rosenthal, who endorsed Yang for mayor, recommended Garcia as their second choice.

“I am sure that my fellow opponents are making their case as well, but I think that I have the best case for how we move forward together, unify together and deliver for not only the observant and the Orthodox community but for the city as a whole,” she said.

On Israel and antisemitism

Garcia, who opposes the Boycott, Divestment and Sanctions movement, told the Forward in a recent questionnaire that she would be eager to visit Israel if elected if such an opportunity arises. She said that her positions on Israel are guided by her experience of being in New York, home to the largest concentration of Jews in the world outside of Israel. “But it is also having conversations with a lot of Jewish associations, listening to their perspectives and reading about what’s happening,” she said. “I have spent some time with colleagues of mine in the Orthodox community, and they have definitely shaped my perspective as well.”

In recent weeks, the city has seen a dramatic rise in antisemitic violent attacks. Garcia said that it is “completely unacceptable” that Jews are afraid to be visibly seen as Jewish, and that wearing a yarmulke or a Star of David necklace could put a person at risk.

Garcia said she would confront and address hate crimes with smarter policing — by increasing and maintaining patrols in neighborhoods where attacks have happened. She said she would also invest in more intelligence work and streamlining the efforts across numerous agencies and offices. “I want to make sure every member of the community is safe,” she said.

In addition to her experience, Garcia said she is the unifier who can bring people together in a post-COVID era. “The city has had such a rough time over the last 15 months,” she said. “We have to come together so that we come back strong. If we are divisive, we don’t come back strongly. That has to be the primary job of the next mayor.”

Two weeks from the primary, Kathryn Garcia’s star is shining. Can she make it to City Hall?