How are Jews celebrating Juneteenth? 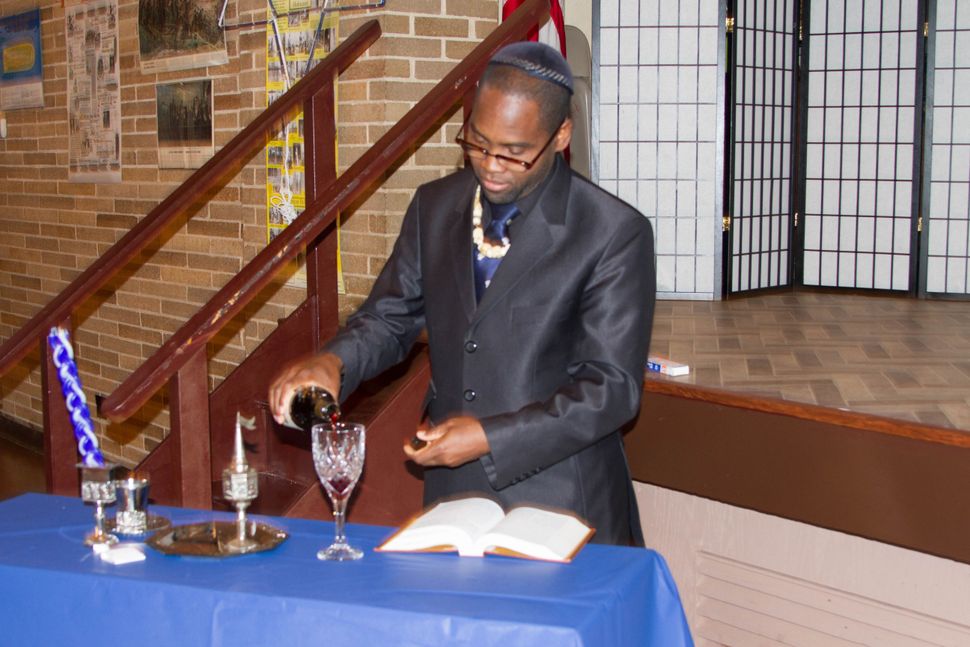 Last summer, amid national protests against racism and police brutality following the murder of George Floyd, many Jewish organizations hosted their first Juneteenth events. This year, American Jews are making the holiday an annual tradition, and observing it in a myriad of ways — from organizing Shabbat services, to hosting virtual panels to scheduling time for relaxation and reflection.

A federal holiday as of Thursday, Juneteenth commemorates the end of slavery in the United States. The holiday, celebrated on June 19, marks the anniversary of the announcement of the Union Army’s General Order No. 3 in 1865, which delivered the news of the Emancipation Proclamation to some of the most remote parts of Texas. There, some enslaved people learned of their freedom nearly two and a half years after Abraham Lincoln issued the Emancipation Proclamation. The Texas celebration evolved into a national one, and most recently, one marked both within and beyond Black America.

JUNETEENTH 2021 Thursday at 2 p.m. EDT: Rabbi Sandra Lawson of Reconstructing Judaism and Tema Smith, a Forward contributing columnist, join our editor-in-chief, Jodi Rudoren, for a conversation about Judaism and racial justice. How far have we come — and how much more we have to do. Sign up here.

Traditionally, Juneteenth has brought people together for public readings of the Emancipation Proclamation, street fairs and parades. Juneteenth cookouts often feature red food and drinks, a color that represents “spiritual power and transformation” in the Yoruba and Kongo cultures enslaved people brought to Texas, according to chef and author Michael Twitty.

In recent years, many multicultural Juneteenth celebrations have been primarily educational. Within the Jewish community, Juneteenth events tend to focus on learning about racial injustice, and often feature the perspectives of Black Jews and Jews of color.

As more non-Black Jews participate in events for Juneteenth, they are making efforts to celebrate the holiday interracially — and grappling with questions about when celebration may cross the line into appropriation.

The Forward reached out to American Jews and Jewish groups to learn how they have celebrated Juneteenth in the past, and about their plans to observe it this year, when the holiday falls on a Saturday and overlaps with Shabbat. A list of those events follows this article. 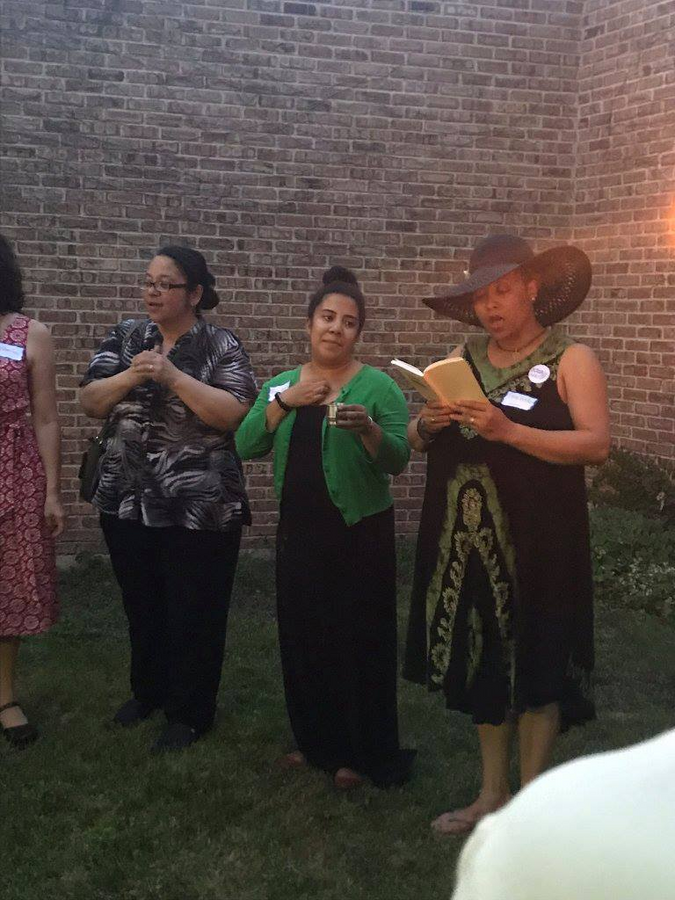 Since 2018, Walker (right) has been celebrating Juneteenth with Kol Or’s Juneteenth havdalah. Courtesy of Erica Walker

Since 2018, Erica Walker has been celebrating Juneteenth with Kol Or, the Jews of Color Caucus of the Chicago-based Jewish Council on Urban Affairs by organizing a Juneteenth havdalah.

“When we were originally thinking about the event, connections were made between freedom and the symbolism of Shabbat,” Walker said. “We thought it would be a great opportunity to bring those two services together and draw parallels, especially for Black Jews, who share both heritages.”

This year’s event, Kol Or’s second virtual Juneteenth havdalah, will feature more interactive discussions and pre-recorded videos of speakers. Walker will speak about the connection between Shabbat and rest as an embodiment of liberation, she said. And as part of her observance of the holiday, she will set aside time to relax.

“A way that we can honor our ancestors and the pressures that were put on them to work and contribute to white supremacy is to forgo those things, to rest.”

Other Jewish organizations have used Jewish ritual to explore the meaning of Juneteenth. In 2018, Jews for Racial and Economic Justice (JFREJ) hosted a Juneteenth Seder and published the service’s Haggadah. Last year, the Jewish Multiracial Network created a kaddish for Black lives.

Rather than lasting all night, this year’s event, which will center on the theme of voting rights, will pause at midnight and reconvene in the morning to retain participants, he said.

As the rabbi of an “overwhelmingly white” congregation, Holzman is wary of appropriating the holiday, he said. “We have made a deliberate decision not to have a Juneteenth celebration but to have an Eruv Juneteenth Celebration.”

He sees the value in a distinctly Jewish communal exploration of American racism, he said. “To look at the subject of racism through Jewish eyes, with intellectual rigor, with a community dedicated to struggle, with openness to ideas is really akin to wrestling with Torah,” he said.

White Jews new to Juneteenth are also trying to figure out how to mark the holiday while recognizing its particular significance to Black Americans.

Originally from Cape Town, South Africa, Jackie Maris was unfamiliar with Juneteenth until five years ago. This year, since Juneteenth falls on a Saturday, Maris is incorporating the holiday into her typical Shabbat observance. She and her partner, who live in Chicago, are hosting a Juneteenth Shabbat through OneTable, an organization created to help young adults host Shabbat dinners.

In celebration of Juneteenth, Maris invited her guests to bring articles and pieces of text related to the holiday. “The goal is to look at the history of Black lives in this country to learn about and dismantle white supremacy,” she said.

She anticipates conversations about the parallels between Juneteenth and Pride month, as well as connections between the Black Lives Matter movement and the Free Palestine movement. Maris also plans to use portions of JFREJ’s Juneteenth Haggadah, she said.

“I’m mindful that it’s going to be a pretty white crowd, which is complicated,” said Maris, who is white. “I have feelings about white Jews and non-Jews making Juneteenth an event.”

April Baskin, the founding director of Joyous Justice and an advocate for racial justice in Jewish communities, is marking this Juneteenth by looking inward, she said.

For Baskin, who typically spends Juneteenth leading public celebrations, this year’s more personal observance marks a shift. Having finished the first year of her training to be ordained as a Kohenet, Baskin wants space for introspection, she said. “I’m taking some time to reflect upon the theme of sovereignty, both personal sovereignty as a Black and Native Jewish woman and the sovereignty of my peoples,” she said.

“As Black Jews are embracing more of our collective power and getting support and visibility from the community, there’s been an ongoing process of integration around what Juneteenth can look like in a way that acknowledges the fullness of my being,” Baskin said.

Looking at emancipation through a Jewish lens has allowed Baskin to notice distinctions between the Jewish exodus from slavery in Egypt and the Black exodus from American slavery, she said.

“At times, the stories are compared between the Jews’ biblical exodus from Egypt and Black folks’ exodus from enslavement in the United States. A few years back, I noticed that there’s a key distinction. The sea never opened for Black people.” Baskin said. “Black people are still in Mitzrayim.” 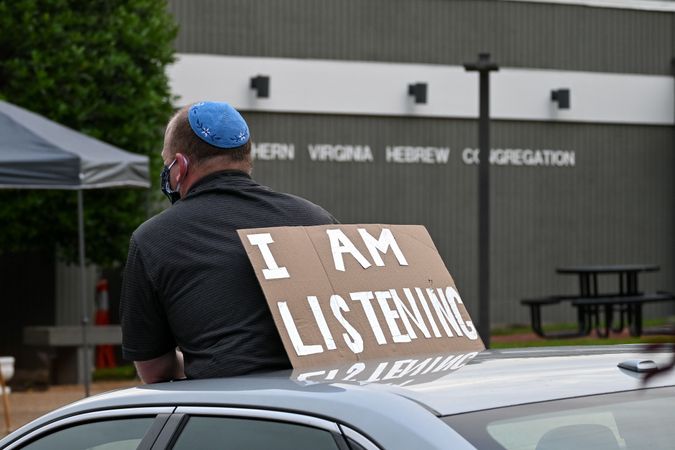 Aviva Davis, who is Black, has never celebrated Juneteenth. “It’s a very important day, and I’m glad I know the history of it, but it’s never been part of my upbringing to actively celebrate it,” said Davis, who uses the pronouns she and they.

Growing up in Oakland, Calif. and attending a predominantly white private school from kindergarten through high school, Davis occasionally heard people talk about Juneteenth but did not learn about its historical significance until college, she said.

“I think accurate Black history is a very new thing that people are teaching these days,” Davis said. “This day was so easily overlooked for so many years by non-Black communities, and now things are shifting a bit.”

While Davis does not plan to do anything for Juneteenth this year, they would be open to celebrating the day in the future. “I’m not going to force myself to go to a thing for Juneteenth just because it’s Juneteenth, they said, “but to engage in Black joy is such a pure and beautiful thing, that, of course, I would seek it out.”

Juneteenth in the Jewish community

Here is a partial list of events marking the holiday this year. If you are planning something for Juneteenth, pleasse email salzhauer@forward.com and we will add it to the list.

Or a Juneteenth Havdalah: The Kol Or Jews of Color Caucus of the Chicago-based Jewish Council on Urban Affairs is hosting a Juneteenth Havdalah service to “build community and celebrate the African American emancipation from slavery.” The virtual service will take place at 8 p.m. EDT on June 19. Registration at this link.

Listen to a panel discussion: In collaboration with Congregation Agudath Israel in Caldwell, N.J., The United Synagogue of Conservative Judaism will host a virtual panel, Juneteenth Through the Eyes of Jews of Color: Sharing Stories and Perspectives. “Panel members share their personal stories about what Juneteenth means to each of them, and consider its relevance for all members of our community.” The discussion begins at 8 p.m. EDT on June 17. Register at this link.

Read from a Juneteenth Haggadah: In 2018, Jews for Racial and Economic Justice hosted a Juneteenth Seder. Their haggadah is publicly available here.

Celebrate with a dance-poetry workshop: Repair the World Detroit, a Jewish service nonprofit, is hosting a virtual Juneteenth celebration on June 17 at 6:30 p.m. EDT. The “mixed media interactive event” will teach participants about the holiday and its significance and include a dance-poetry workshop. Registration is required at this link.

Volunteer locally in person: Repair the World is organizing Juneteenth-oriented in-person service opportunities in Brooklyn, Miami, and Chicago from June 17-19. Registration is limited and accessible on their volunteer homepage.

Join a Shabbat service with Jerald Walker: Temple Emanu-el in New York City is honoring Juneteenth with a Shabbat evening service featuring Jerald Walker as a guest speaker. Walker is the author of The World in Flames: A Black Boyhood in a White Supremacist Doomsday Cult and Street Shadows: A Memoir of Race, Rebellion, and Redemption. The service can be attended in-person or via livestream and begins at 6 p.m. EDT. To attend in person, register here. Access the broadcast here.

How are Jews celebrating Juneteenth?