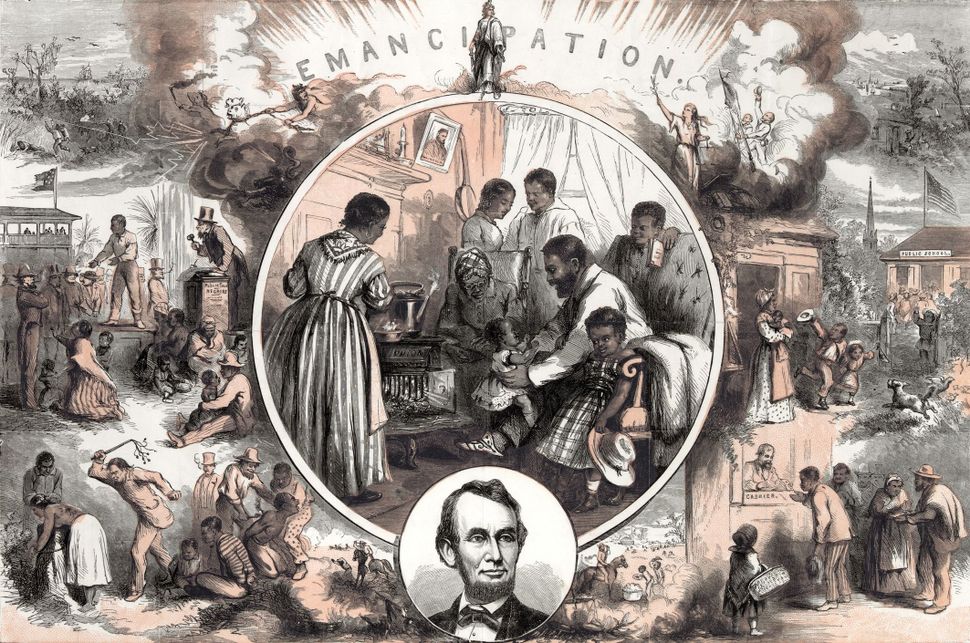 Despite the fact that it’s a celebration, I have bittersweet feelings about Juneteenth.

Its origins are traced to Union troops arriving in Galveston, Texas, on June 19, 1865, bringing the news of freedom to that region’s slaves—months after the South’s surrender and 2-1/2 years past the Emancipation Proclamation.

That our ancestors were freed from slavery is wonderful. But that they toiled and lived, if they were lucky enough to, a bonus round in bondage because no one got around to telling them the news is horrible. Cynical. Sad.

My own experience for more than a decade is with the African American Men’s Group in Duluth. Every year—save last year, due to the pandemic—we cook and serve more than 400 free meals at the city’s public commemoration of the day.

We do so because we want to, the value of our volunteering made ever clear by the heart-rending encounters—especially when the day is marred by rain or unseasonable cold—of those who wait in line a half-hour or more, who are there because they have to be, to eat.

For me, another part of Juneteenth is planning of the event—should we do chicken this time or burgers and brats? — and when the day comes, the priceless faces of preschoolers when asked if they want baked beans or corn. The thank-yous we get in return are payment enough.

Add in singing groups and family activities and a bouncy castle, how could you not have fun? Still, what tinges the day with sadness for me is not its commemoration but its origin, best summed up in two words of Black vernacular guaranteed to give any wannabe Chris Rock a field day:

It’s not the embarrassment of the language but the concept of its truth that depresses me. It wasn’t the first time that enslaved people were deceived about their freedom, and not just in the South. Here in Minnesota, as far North as you can get, Dred Scott summered with his so-called master, only to be told by others after returning to Missouri: “Hey—did you know you were free when you were up there?”

That’s what the whole case was about. Look it up.

We free yet, boss?

Maybe I’m just a stick in the mud, or over-internalizing long-ago oppression. Of course freedom is worth celebrating, even if slavery ended with a whimper instead of a bang. That, after all, is what Passover is about, and there’s no question that holiday is a celebration and should be.

But the Jewish liberation theology had a liberator—Moses—let alone God, “with a mighty hand and outstretched sword.” Freed African Americans had only weary Union soldiers mustering out, an assassinated Great Emancipator, and Radical Republicans thwarted by a racist and intransigent Supreme Court. And instead of reaching the Promised Land, Black former slaves arrived in the land of Jim Crow, with continued state-sponsored dehumanization.

The result? It’s in the faces of hungry people today, in food lines like ours, where I celebrate freedom and try to repair the world by taking my place in a serving line.

This article was originally written for Be’chol Lashon and published on MyJewishLearning.com.