‘A small community in the hinterlands’: Meet the Jews of Tokyo 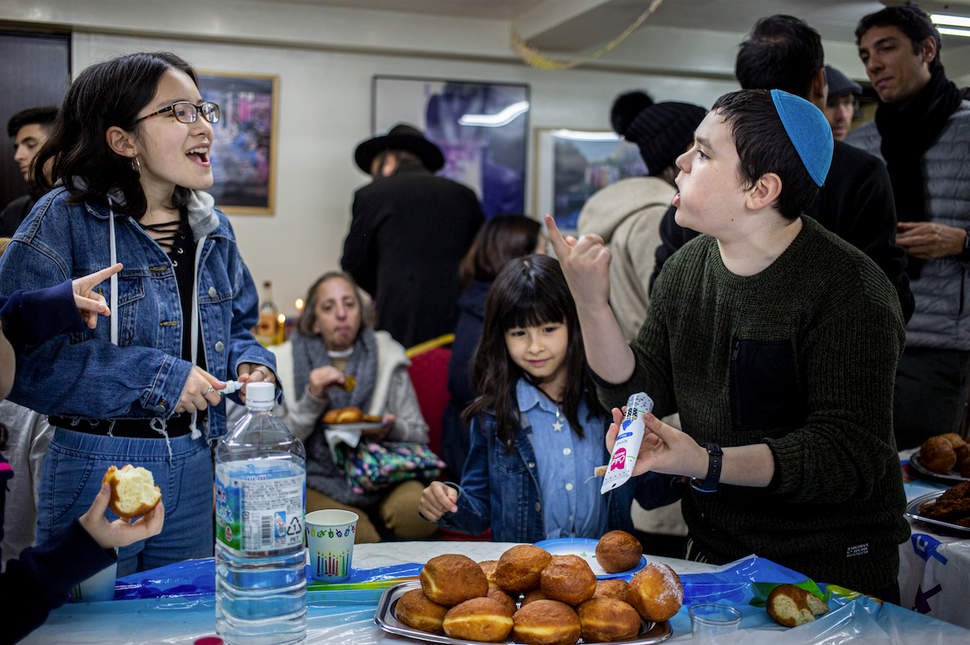 The Olympic Games begin in Tokyo July 23, but no international spectators will be permitted. It’s an unfortunate turn of events for the city’s Jewish community, said Jerry Rosenberg, a former president of the Jewish Community of Japan, an egalitarian synagogue in Tokyo.

In fact, Rosenberg said the 100-family congregation “had big plans” for the Olympics but that was before COVID, which forced a one-year postponement of the Summer Games.

In fact, the 11,000 athletes will not be permitted to do much beyond preparing and competing in their events. They may only leave their accommodation to go to official Olympic venues and limited additional locations as delineated in their playbook.

Although the Olympic Village is only a 25-minute drive from the synagogue, Rosenberg said it is “all very disappointing” because “there was an enormous amount of money spent on the Games and Japan would have been a great host.” Rosenberg, 72, has lived in Japan with his wife for 50 years, working for international companies in the country.

“We enjoy living here,” he said. “We raised our three children bilingually – they speak English and Japanese. The Jewish community in Japan is extremely small – perhaps 2,000 to 2,500 – and they are very spread out. Foreigners in Japan represent only about two percent of the population. This is not one of the melting pots of the world.” 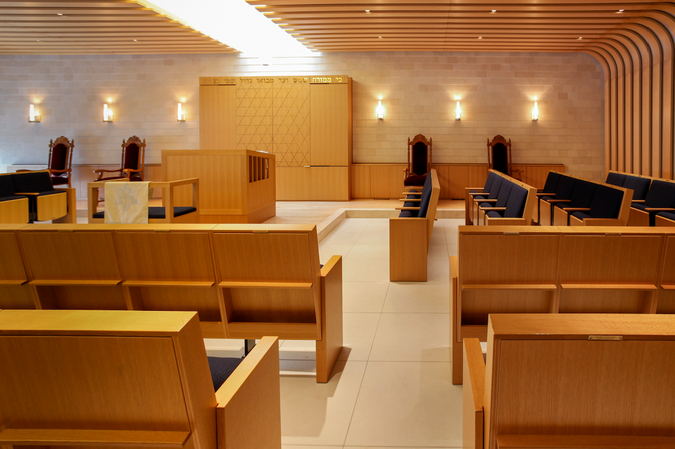 The original synagogue location was in a beautiful old building in a prime location in Hiroo in 1954. It was close to the center of the city of Tokyo, a convenient location that Rosenberg said was “comparable to Park Avenue and Lexington Avenue in Manhattan.”

There were a lot of nice homes, brownstones and wealthy people in the community surrounding the building. After it was renovated for use as a synagogue, many of the Jews who came to the building called it a Jewish community center because it was a buzz of social activity. It had a pool and a restaurant that served a lot of Russian food and vodka. In fact, a number of non-Jewish Tokyo residents became associate members just to socialize and buy food.

In 1976, the congregation bought the building next door and renovated it for use as a new synagogue. That building was torn down about 12 years ago and a new synagogue was built on the same site.

Rosenberg pointed out that the makeup of the Jewish community has “changed considerably over the years. In the early days, a typical Jewish family was the husband and a Jewish wife and children who were being raised Jewish. As time went on, expats and new arrivals became a reflection of the diverse communities we see in the U.S. And then Jewish men started marrying Japanese women and the Russian community left. I’d say 90 percent of the Jewish men are married to Japanese women. My wife and I are the exception.”

Dan Turk, another former synagogue president, said congregational Friday night dinners and lunch after Saturday services have been a staple for years and that on Passover a large seder is held that is open to the entire community. Synagogue members are primarily Americans, French, British and Australian – and there is “a large component who are Japanese. We have a mikveh that is mostly used for conversions.”

David Semaya, the congregation’s current president, noted that “many Japanese spouses convert [to Judaism] because there is no inherent conflict with Buddhism like there is with the Christian faith, which requires you to give up something.”

‘A small community in the hinterlands’ 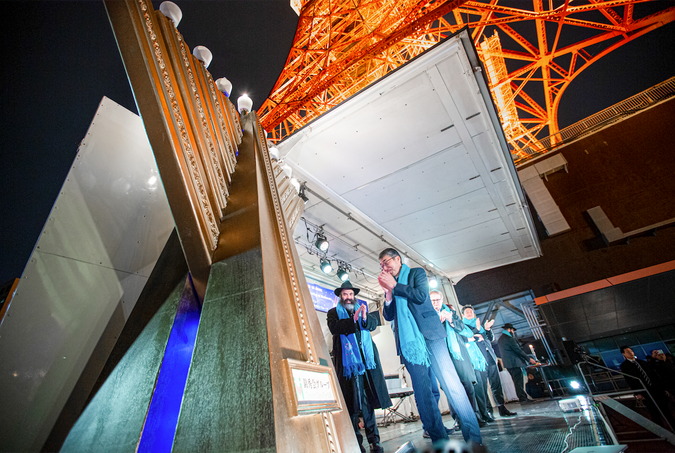 The lighting of the Chanukah menorah at the Tokyo Tower. (Jono David/HaChayim HaYehudim Jewish Photo Library)

There is not a great demand for kosher meat, but Semaya, 59, pointed out that there are two Chabad rabbis in different parts of Tokyo who welcome visitors and who import kosher meat from the United States. There are also Chabad Houses in Kobe, Kyoto and Takayama.

“We have great fish and it is less expensive than in the United States,” he pointed out. “And the chickens and eggs are unbelievably fantastic. They are not processed in a factory. They are organic and moist and when you crack an egg, you will find that they are brown outside and a bright orange inside. They taste delicious – very eggy.”

Some wealthy Jews have been instrumental in helping the Japanese over the years, Semaya pointed out. He cited, for instance, the assistance of Jacob Schiff in financing the Japanese military efforts against Tsarist Russia in the Russo-Japanese War, and noted other Jews helped to finance the modernization of Japan.

The congregation’s current rabbi, Andrew Scheer of Woodmere, L.I., is traditionally ordained and the synagogue uses prayer books of the Conservative movement. Women are counted in the minyan, read Torah and have full participation in services.

There also are many Israelis living in Japan because of their work at the Israeli Embassy or private business, noted Dan Arbell, a scholar-in-residence at the American University in Washington who served in the Israeli Foreign Service in Japan. He noted that although the Jewish community in Tokyo is centered around the synagogue, “on the average Shabbat you barely get a minyan. It is on the High Holy Days and special occasions that more people show up.”

A mohel has flown in to perform a circumcision in the past, but Rosenberg said some Jews prefer instead to go to a surgical clinic and have the procedure performed there while the rabbi recites the appropriate prayers.

“When you are a small community in the hinterlands, you figure out how to get things done,” he said.

‘A small community in the hinterlands’: Meet the Jews of Tokyo