Holocaust survivor and educator Fritzie Fritzshall, with Cardinal Cupich of the Archdiocese of Chicago, returned to Auschwitz in July 2019

At the close-knit Catholic school from which my son, Nico, just graduated, every eighth grader must study the Holocaust. The unit is both capstone and rite of passage— by eighth grade, students have the intellectual and emotional maturity to grasp this important subject matter.

“It’s hard to study the Holocaust,” Nico, who is 14, told me recently. “But it’s history. It’s important. It’s okay to feel uncomfortable when you learn about the Holocaust because you realize how bad it was, and if you know about it, you can stop something like this from happening again.”

Over the years, I sat in church on curriculum night and listened as the eighth-grade teacher discussed the unit. By the time it was Nico’s turn, everything was different because of the pandemic. Still, the school was following every protocol to keep the students on campus for their classes. I was grateful.

I wondered, though: how would this be for our masked eighth-graders, already managing the emotional impact of the pandemic? How would it feel to study the Holocaust during a global emergency?

At the same time, I felt the weight of its importance: it’s a vital moment for this study. Hate crimes targeting Jews, Hispanic Americans, Asian Americans, Pacific Islanders, Black Americans, LGBTQ Americans, immigrants, and other groups have been increasing in frequency and becoming more violent.

In 1990, Illinois became the first state to mandate Holocaust education for public elementary and high schools. The Archdiocese of Chicago soon followed suit.

In 2005, Illinois leaders broadened the mandate to include other acts of genocide. In 2020, Governor J.B. Pritzker reactivated the Illinois Holocaust and Genocide Commission, deactivated since 2015. The commission supports educators at public and private institutions by providing resources, recommendations, and materials. It “promotes and provides guidance on Holocaust and genocide education and commemoration across the State.” The commission seeks to “advance awareness about the crimes perpetrated by the Nazi regime, and about other genocides throughout history and today.”

A goal of Nico’s Holocaust unit was to teach students to recognize injustice. The classwork started with a discussion of the injustice and violence directed at Black and brown Americans, particularly by law enforcement.

Nico and I talked about what this means for our Black and brown family members, neighbors, and friends. Nico said “It’s scary because any Black person can be affected by it. It doesn’t matter who you are, you can be targeted.”

Nico’s class learned about World War I, and what life felt like in Germany after the war. They discussed the Nuremberg Laws, and how restrictions against the Jews mounted, whittling away people’s dignity and freedom.

“In the book, he is essentially the same age as me,” Nico told me about Wiesel’s “Night.” “There’s a huge difference between what he’s gone through at that young age and what I have. His mom and his sister died when they got to the camp. And then his dad died like a week before the camp was liberated. Elie heard his dad dying.”

This connection with Wiesel, this sense of empathy, is a powerful takeaway for students. It clarifies for them how we are all alike at our core. This lesson is vital because you can’t see people as “others” when you know that they have the same feelings as you.

In 2019, Archbishop of Chicago Blase J. Cupich, an advocate for Holocaust education, traveled to Auschwitz with Fritzie Fritzshall, the recently-deceased Holocaust survivor and president of the Illinois Holocaust Museum and Education Center. In an article he wrote soon after, Cupich wrote: “The ‘other’ soon became the scapegoat, responsible for the grievances people were told they should have.This allowed a narrative to be created for the nation, whose rise to greatness could only be achieved through the elimination of those who thwarted that potential.” 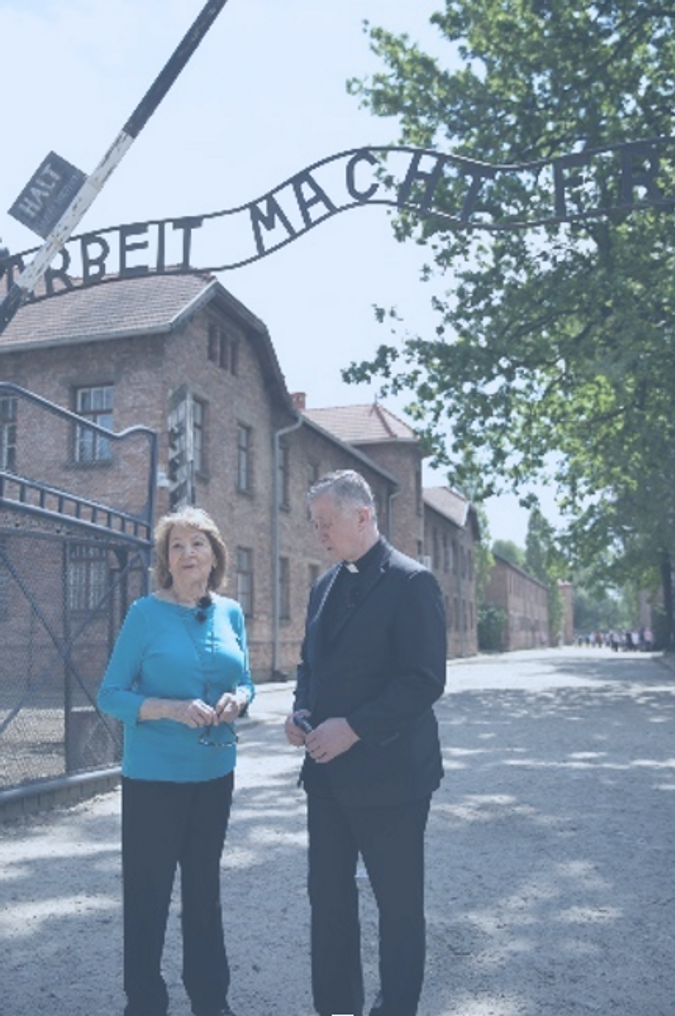 Holocaust survivor and educator Fritzie Fritzshall, with Cardinal Cupich of the Archdiocese of Chicago, returned to Auschwitz in July 2019

In addition to the accounts that students read, Nico’s class heard a survivor’s story, virtually, through the Illinois Holocaust Museum. The survivor, Nico explained, hid in an attic with his sister, but the children were not well-treated. They were deprived of food during their months in hiding. The children lived through their experience, as did their parents. The family was reunited after the war. Although their experience was better than others, it was filled with trauma.

As he reflected on the three accounts, Nico learned how far-reaching the impacts of the Holocaust were.

“There were so many ways that a person could have gone through this,” he told me. “There was a huge range of what people experienced.”

The pandemic gave Nico a sense of what a global emergency feels like, but he’s been supported throughout the experience. The thought of being a kid whose world is upended, who is targeted, and who is separated from his parents is terrifying. But the lesson it teaches is important, and it’s welcome even if hard-earned. 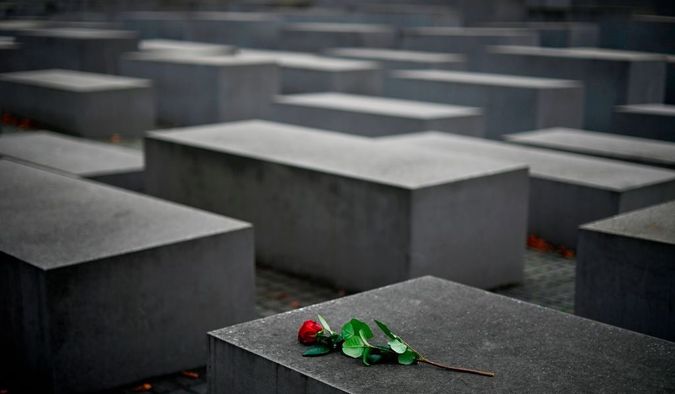 The Conference on Jewish Material Claims Against Germany recently published a Holocaust Awareness Study, polling Gen Zs and Millennials across the U.S. Their findings are both sobering and heartening:

•48% of respondents were unable to name a concentration camp or ghetto.

•63% did not know that six million Jews were murdered during the Holocaust.

•11% believe that Jews did something to cause the Holocaust.

•64% believe that Holocaust education should be mandatory.

•80% believe one reason Holocaust study is important is to prevent such a thing from happening again.

Studying the Holocaust is emotionally challenging, but it shapes students into more informed world citizens. It makes them more empathetic, recognizing that we can be different in some ways, and still be emotionally the same. This awareness stands to make students better advocates and allies for those who may be scapegoated, targeted, or bullied.

“I only know that without this testimony, my life as a writer—or my life, period—would not have become what it is,” writes Elie Wiesel in the introduction to “Night,” “that of a witness who believes he has a moral obligation to try to prevent the enemy from enjoying one last victory by allowing his crime to be erased from human memory.”