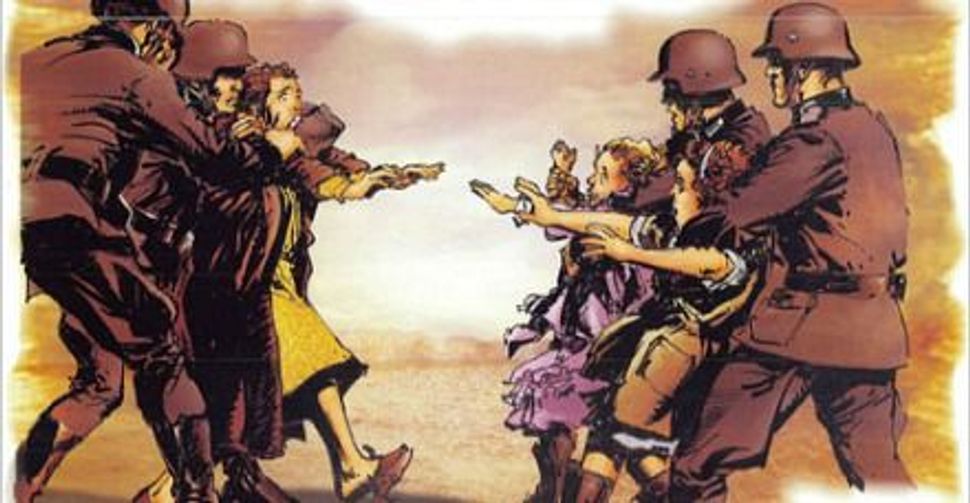 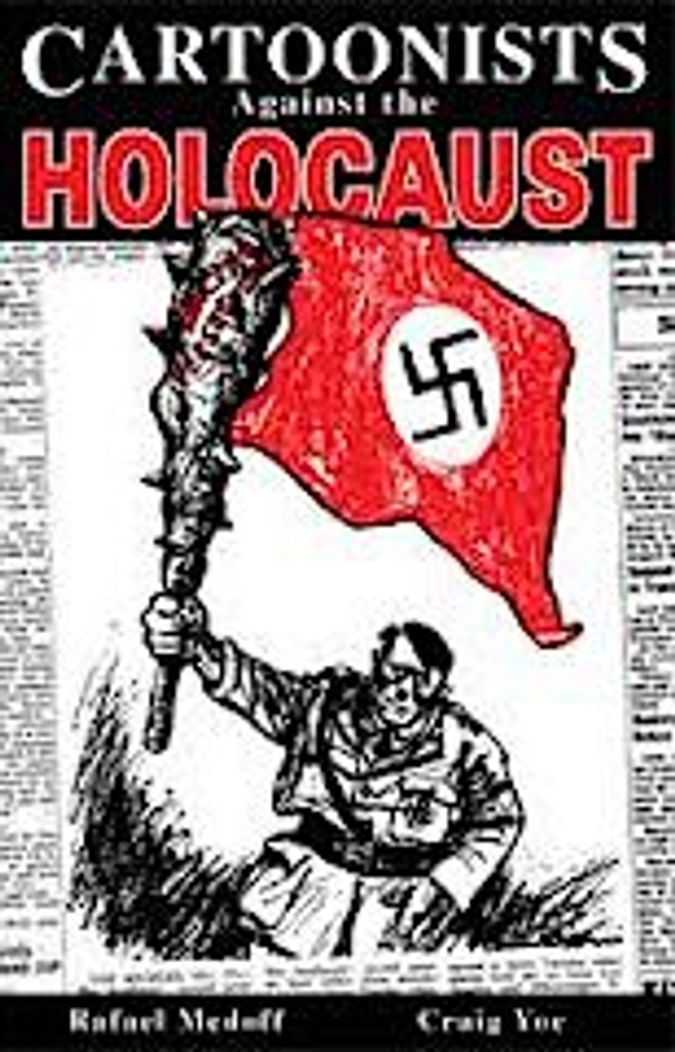 On the heels of its pioneering Holocaust-themed “motion comics,” Washington D.C.’s David Wyman Institute for Holocaust Studies is launching a major initiative enlisting comics luminaries to educate Americans about the Shoah and other genocides.

Comics Creators for Holocaust Education is bringing together artists, writers and editors from the worlds of comic books, animation, and science fiction, according to its fundraising material. And the response — from towering figures like Stan Lee, Joe Quesada, Harlan Ellison, and Art Spiegelman — has been “overwhelmingly positive and enthusiastic,” said Rafael Medoff, the Wyman Institute’s director.

The initiative will let the Wyman Institute expand its program of creating Holocaust-themed cartoons for print and online media, which have included work by Spiegelman in The Washington Post and Sal Amendola in The New Republic; artists will also explore new ways to disseminate cartoons across platforms. And Medoff plans to use Comics Creators for Holocaust Education as a platform to reach a much broader audience.

“Now that we’ve created an initial body of work — including editorial comic strips for major newspapers and the ‘They Spoke Out’ DVD with Disney — we’re going to be introducing these materials to the comics world, to teachers, and to the general public,” he said. “We’re holding workshops and panel discussions at major comic conventions, such as the recent San Diego Comic Con, which 150,000 people attended, and the upcoming New York Comic Con, which will have over 100,000. At the same time, we’re actively networking with teachers around the country to have these materials used in classrooms. And we’ll be communicating to the public as well, in the same way that the daily editorial cartoons in major newspapers use cartoon art as a vehicle for commenting on serious issues.”

CCHE’s next major push will be a book co-authored by Medoff and noted comics historian Craig Yoe due in 2014. “Cartoonists Against the Holocaust” “will have over 125 editorial cartoons from U.S. newspapers in the 1930s and 1940s about what was happening to the Jews in Europe, with historical commentary,” Medoff said. “It’s mainly intended as a text for high schools — it’s a way to look at the Holocaust, and the American response to it, through the eyes of cartoonists at the time. But adults will find it interesting as well.” Another plan on the drawing board calls for a comic book about a 1930s controversy over “Mein Kampf,” Medoff said.

Rather than the magical realism of many comics, a straightforward approach works best for massive subjects like the Holocaust, Medoff said. “My colleagues and I are finding that the most compelling technique is to use both — that is, stick carefully to the historical record, but find the real-life stories that people will find most interesting, and use artwork — especially cartoon or comic book art — to liven it up so the reader will want to keep reading until the end.”

Joe Rubenstein, a celebrated veteran artist for DC and Marvel who collaborated with Medoff on a comic for the Los Angeles Times called “Prosecuting Genocide,” told the Forward that comics make an ideal educational vehicle. “I think using comics as a tool to teach history in general and the Holocaust in particular in this case makes the subject easier to access, see, and retain for students of any age,” he said. “I’m proud to be part of the Wyman Institute’s Comics Creators for Education. These kinds of projects really make a difference.”

Do readers of comics ever have trouble understanding that what they’re reading isn’t fiction — and actually took place?

“It used to be more of a problem than it is now,” Medoff said. “There was a time when anything that was done in comic book style was assumed to be fiction. In recent years, though, there have been many graphic novels dealing seriously with historical subjects. So the public is starting to get used to the idea that serious, accurate history can be depicted in a comic book style.”

But, he added, “it would help reduce confusion if those comic books or graphic novels that deal with historical topics but are actually fiction would have an explicit disclaimer on page one.”