How a non-Jewish Swiss baker’s challah wowed the internet 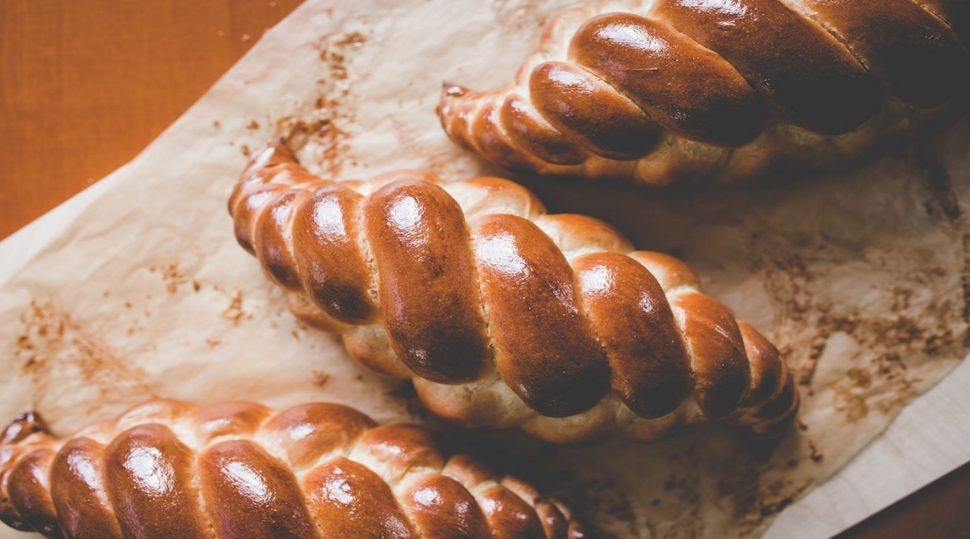 Her five-strand spiraled challah has taken over the internet. Courtesy of Katharina Arrigoni

Challah baker Katharina Arrigoni lives in a town in northern Switzerland with 3,000 residents, none of whom — including Arrigoni – are Jewish. Entirely self-taught, Arrigoni has never tasted a challah other than her own creations. Yet thanks to the power of the internet and Instagram, Arrigoni has become an international challah-shaping sensation. 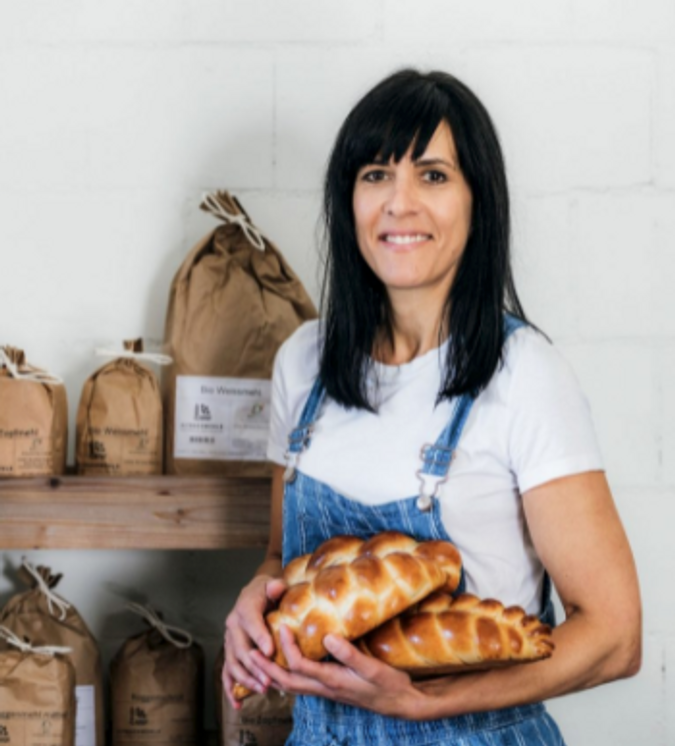 Arrigoni is the founder of Besondersgut (German for “especially good”), a bakery and baking school located about 15 miles from Zurich. She started baking six years ago when she was 42 years old following a terrible traffic accident. In need of distraction, Arrigoni says she spent “days and nights in [sic] American bread baking forums.” She soon began publishing recipes and photographing what she baked. Bread classes taught by Arrigoni followed, as did her first book, “Swiss Bread,” in 2017.

Zopf, a braided loaf that looks just like challah, is a popular Swiss bread. Arrigoni grew up eating it, and her mother taught her how to bake it. While the recipe is similar to that of challah — except that zopf is made with milk rather than water, and butter instead of oil — Arrigoni only came across challah three years ago, on the internet. She was, “immediately excited” by the bread, enthralled by their beauty and the community of worldwide challah bakers who connected over it. She began to follow challah bakers on Instagram from Israel, England and the United States.

“When I started baking challahs, I quickly ended up with Uri Scheft [founder of Lehamim Bakery in Israel and Breads Bakery in New York],” Arrigoni said. “He inspired me to get creative and try new techniques.”

Inspired by Scheft’s artistry, Arrigoni developed her own style of making challah.

“I didn’t want to copy what others are doing, so I tried to find new techniques or incorporate techniques from French bakers. I try to make my own designs, too,” she said. 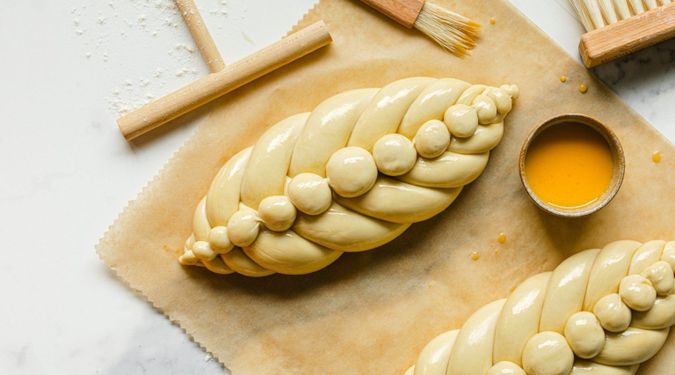 Is this the world’s most perfect challah? Courtesy of Katharina Arrigoni

During the pandemic, challah bakers began to take note of her five-strand spiraled challah, including a flat braid with a ball chain down the center inspired by a French bread, “le pain chapelet.” Her instructional video went viral. To date, she has 70,000 Instagram followers, and challah bakers like Karma Bread bakery in London, among others, thank her on Instagram for her influence on their shaping techniques.

One of Arrigoni’s goals is to “bake the perfect challah and stage it photographically as an art object.” The positive feedback from the Jewish community on social media has driven her to continually try new things.

Last fall she published her second cookbook, “Favorite Breads,” which is not yet available in English. The book, which was awarded a gold medal by the Swiss Gourmet book awards, contains recipes for lye breads (like pretzels), baguettes, Zopf and challah, including vegan challah. You will find, too, photographs of her braiding techniques and of her smooth, deftly shaped challahs. 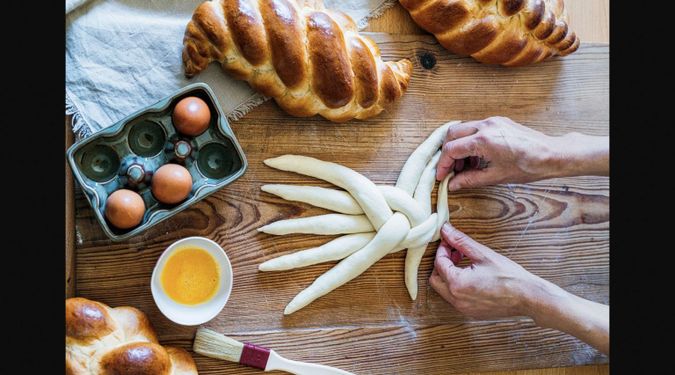 Check out these tips from the challah master for dough that is easy to manipulate and beautifully shaped challah:

For the smoothest dough with the best texture, make a pre-fermentation dough.

Arrigoni assembles a “poolish” the night before making her challah made of 20% of the total flour used in her recipe (she uses spelt flour), an equal amount of water and a few grains of yeast. The following day, the bubbly poolish, which should have doubled in size, is mixed with the challah ingredients. The poolish made with spelt gives you a dough that is super smooth, easy to work with and that stretches without tearing.

For a perfect challah with a smooth texture, Arrigoni chills her dough. The ideal dough temperature after kneading, she says, is between 74-77 degrees F. Use cold ingredients if necessary so as not to exceed this temperature.

Don’t let the dough rise for too long before shaping.

About 45-60 minutes is sufficient.

Before braiding, weigh each strand to the exact gram.

All of the strands should weigh and be shaped exactly the same.

She is Swiss, you know! You don’t want to practice on the actual dough because “on the living object, you only have one chance!”

Flour your strands before baking.

To prevent the strands from melting into each other when baking, very lightly flour the finished, shaped strands before braiding.

How a non-Jewish Swiss baker’s challah wowed the internet