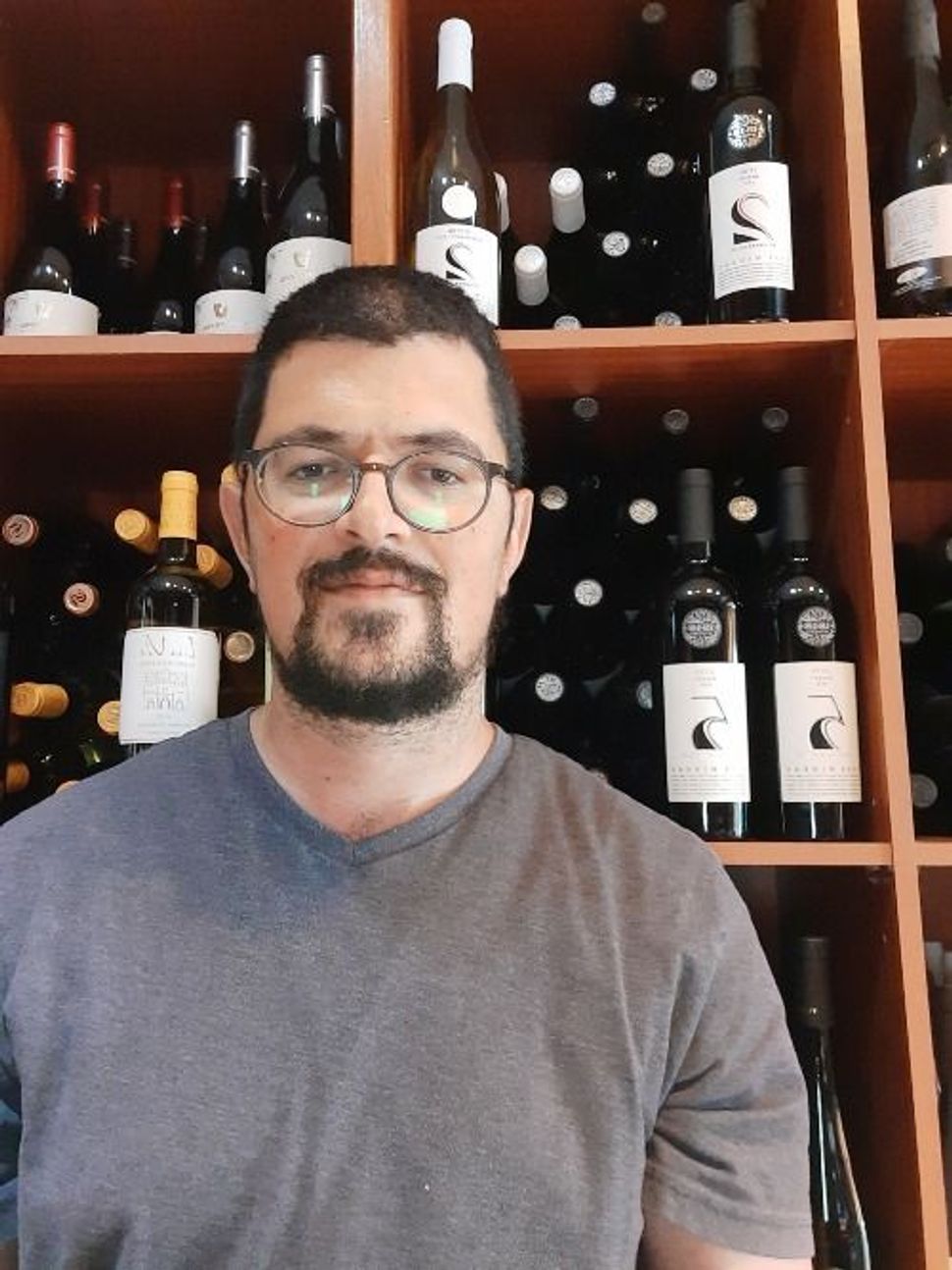 When the pandemic cut deeply into sales, Evyatar Cohen, owner of the Kos Shel Bracha Wine Shop in Jerusalem, worried how he would pay his suppliers. He received a low-interest loan from the Ogen Group, formerly the Israel Free Loan Association.

In the weeks leading up to Purim 2020, Evyatar Cohen built up his inventory at the Kos Shel Bracha Wine Shop, his Jerusalem liquor store. Then COVID-19 hit. Many Israelis canceled Purim celebrations and by Passover, Israel was under a strict nationwide lock down.

Although the wine shop was technically open under the Israeli government’s food-and-drink store exemption, “people weren’t on the streets, weren’t allowed to throw simchas, and were nervous about finances, so not splurging on wine, even for Friday night dinner,” Cohen, a father of four, told the Forward.

With sales plummeting, the wine merchant grew worried. How would he pay his suppliers for the inventory he couldn’t sell, and repay the money he’d borrowed from the bank to start his business?

To improve his cash flow, Cohen applied for the government’s COVID assistance, but was promptly denied. Local banks, overwhelmed by requests, were skittish about extending credit.

“It was a bureaucratic nightmare,” Cohen said of his efforts to secure financing. “It took a month to complete the paperwork and just a day to receive a rejection.”

When a financial adviser at MATI, a business development center, suggested he apply to the Ogen Group for a low-interest loan, he figured he had nothing to lose.

Following a thorough vetting process that assessed Cohen’s ability to run his business efficiently and repay a loan, Ogen provided Cohen with a 5-year loan at 3% interest that he repays on a monthly basis.

“There was even a grace period,” Cohen said, still grateful more than a year later. “These terms have made it really easy to repay the loan.”

Formerly known as the Israel Free Loan Association, the Ogen Group calls itself a nonprofit “social lending enterprise,” and works much like the Hebrew free loan associations in the U.S. It distributes interest-free loans to Israeli families and individuals, and low-interest loans to small businesses and nonprofit organizations.

Founded by the late Eliezer Jaffe in 1990, IFLA operated under the halachic principle prescribed by the Torah: that a lender must not charge interest. Once repaid, the loans are recycled to new borrowers.

While interest-free loans are every borrower’s dream, IFLA officials a few years ago began looking for a way to increase the amount of capital they could lend and the impact they could have. This meant adopting a new corporate blueprint and looking beyond its traditional donor pool.

“The classic model of philanthropy based on donations from overseas isn’t sustainable,” for Israeli nonprofits, said David Angel, Ogen’s vice president of partnerships. “Organizations need to modernize and diversify.” The diaspora Jews who have traditionally supported Israeli causes with all their heart are aging, and their children and grandchildren cannot be counted on to continue that support, he said.

In 2016, IFLA hired Sagi Balasha, a former economist at the finance ministry, to be its CEO and restructure the organization. IFLA became known as the Ogen Group (in Hebrew, Ogen means “anchor”).

The newly branded Ogen Group continued to offer interest-free loans, and in January 2020, established a social loan fund: a public benefit company (PBC) funded by donors and impact investors from Israel and abroad. It provides low-interest loans to small businesses and nonprofits organizations.

The timing couldn’t have been more auspicious.

“By March 15, we understood that we would be very busy,” Balasha said of Israel’s first wave of COVID. “For-profit lenders pulled back while small businesses, nonprofits and individuals faced unprecedented challenges. We also understood that our old model couldn’t meet the challenge.”

The social loan fund has enabled Ogen to receive funds via “investments” – socially driven loans provided by philanthropists, foundations and investment funds, among others. Their money is utilized as a social safety net, then returned, plus a small amount of interest.

If you ask someone to lend $1 million with modest interest as opposed to donating $1 million, “it’s easier to raise capital,” Angel explained. “It gives us access to nontraditional philanthropic resources.”

The COVID crisis necessitated another workaround. Instead of requiring borrowers to find guarantors, Ogen asked the philanthropic community to serve as guarantors, in case struggling borrowers defaulted.

“We received a huge amount of help from philanthropists in Israel and abroad,” Balasha said. “Those donors were our mitigation cushion. They allowed us to provide riskier loans” to borrowers reeling from COVID losses.

Looking toward the future, Ogen hopes to create a social bank that will be able to borrow from the Bank of Israel. The more capital Ogen can access, the more loans it can provide, Balasha said.

Through these new funding models, Ogen has been able to lend roughly $1 million per week during the pandemic. Despite the COVID crisis, it managed to loan about $50 million in 2020, compared to about $20 million in 2019.

Ogen isn’t the answer for every needy Israeli.

It turns down about 50 percent of the loan applications it receives “because [the applicants] wouldn’t be able to repay the loans, which would just get them into a bigger hole,” Angel said.

However, if the organization believes applicants have potential, Ogen provides them with a coach in the hope that they will get on their feet, or qualify for a loan in the future.

“While a loan can be life-changing, it can also be damaging,” Angel said.

Many of the applicants who do get approved receive mentoring through Ogen-Keren-Shemesh, a network of 1,000 senior Israeli business leaders who volunteer their services to borrowers.

Debbie Gross, director of Tahel, the Crisis Center for Religious Women and Children in Jerusalem, says the mentoring she received was “invaluable.”

“Ogen provided me with two mentors. The first really helped me develop a project-based budget, and instructed me on how to keep up staff morale. Another mentor helped the organization publicize its services and online lectures. It was extremely helpful,” she said.

Due to the pandemic, Gross had to lay off three of the center’s nine employees and put an additional three on temporary unpaid leave.

The loan, which Tahel has since repaid, “helped us until we could reorganize and raise money. It really saved us,” Gross said.