Broken bodies and grieving souls: A rabbi cares for the dead in Surfside A sign posted near the Surfside Wall of Hope and Memorial, on Monday, July 5. By Louis Keene

Rabbi Leibel Miller, director of the Chevra Kadisha society of Florida, has been working around the clock since the Champlain Towers South collapsed on June 24, and his body is beginning to show it. During an interview with the Forward Thursday evening, he yawned and coughed and admitted his health was faltering from a lack of sleep.

Miller coordinates about 60 volunteers who help prepare Jewish bodies for burial, a process that typically involves a thorough cleaning and ritual washing of the body known as tahara; constant accompaniment of the body by a shomer, or guard, who recites Psalms; and the wrapping of the body in a burial shroud called tachrichim.

But the preparation of the Surfside disaster victims — less than half of whom have been recovered to date — has posed unique challenges to the Chevra Kadisha, as Jewish law prioritizes recovering and burying every part of the body. And for Miller, 65, a resident of South Broward who was raised in Surfside, the work is deeply personal, too.

Miller said nothing less than a body has been buried so far, and he anticipated that the vast majority of the missing will be found in the next week or two. The Forward asked him to share his thoughts on the recovery efforts, the halachic implications of partial remains and how he has found meaning in the work.

This interview has been edited for clarity and length.

Can you describe what you’ve been doing today?

I just got a list of seven people, from their families, who were notified that rescuers found at least parts of the bodies. And I’m currently working to try to figure out when to get the bodies or the parts from the medical examiner. One of the issues we’re having in particular is, for example, in one case we found partial remains, which the family wants me to pick up and bury. I don’t want to pick up part of a body when we think the rest of the body will be discovered soon. 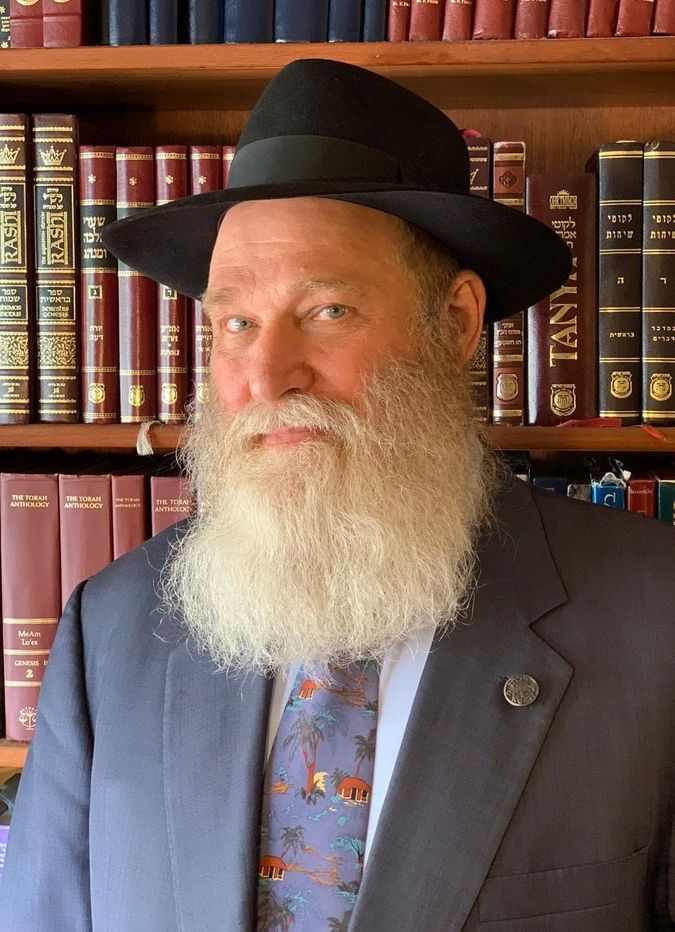 Why not bury part of a body?

If they finish their shiva, and then open the grave to add additional remains, that could start the whole process again for them for mourning. Everyone wants closure, even if it’s only a part of the body, but we can’t take a chance on that. We’re hoping to recover entire bodies and if we don’t, we still want to get as much as we can.

So far, we’re mainly getting whole bodies. But as the days go on, that’s obviously going to be less and less, right? There’s a reality of the fact that on the tenth floor, there’s a lot less rubble to clear than someone who was on, say, the third floor. So the situation is more dire. And then we also have the decomposition that’s going on, which I’d rather not talk about.

Who is helping you with this work? Have you received assistance from other Chevra Kadisha groups?

No. Halachic authorities, yes. I’ve had calls from Chevra Kadishas in Panama, New York, asking if I need help. But what are they going to do? My job is to make sure that once the body has been recovered, once it’s been released, to intercede with the medical examiner as soon as possible to prepare the remains for burial.

I don’t want to get into details, but sometimes the condition is so bad, we can’t go through the normal process of tahara, the preparation of the body, but we always try to put the shroud on, and sometimes that can be quite a horrendous situation. Not everybody can be involved in that. The issues of decomposition can be something that only the strongest of our members can be involved in.

You mentioned receiving halachic guidance. What questions have come up?

Very complicated questions, and the answers vary on a case by case basis. And we always seek rabbinic authority — we never make decisions on our own. We’ve had input from local rabbis, from rabbis from New York who were involved with 9/11 and from rabbis in Israel.

With a debris pile in which we know there are victims, and officials transitioning to “search and recovery,” what are the halachic considerations with respect to shmira — the guarding of the body — and more generally speaking kavod hameis (respect for the dead)?

We had hope — everyone always had hope and prayers, we’re a people of faith — but let’s be honest: from the condition of the first bodies we received a week ago, we could pretty much tell this was a recovery situation, not a rescue.

Obviously, we always have to have kavod hameis. We always have to have shmira on site. There’s been shomrim reading tehillim on site the entire time, in shifts — partly through Chesed Shel Emes [a volunteer organization that provides after-death services] and partly through the Shul of Bal Harbour. On every Sabbath I’ve kept someone at the funeral home, because we don’t know when remains are going to come in, so we’ve had a shomer there almost constantly. To say that I have someone at the medical examiner would not be accurate — it’s a closed facility, they’re not letting us poke around, walk around the halls. But we can be near the building, so we do the best we can.

I realize this is an uncomfortable question, but I’m hoping it will help people understand the halacha. Do partial remains receive tahara?

We try to do as much as we can in every case to make sure remains have the proper Jewish respect. When possible, a tahara is done on a body. It can’t be done on a foot, right? It’s just not done that way. We place the remains in the casket as much as possible, in the traditional burial garments — the tachrichim — and say the proper prayers.

I’ve not yet had the situation in this disaster where I’m dealing with anything less than a body. It hasn’t happened yet. What will happen in the future, I don’t know.

The discovery of remains has accelerated since the demolition on Sunday.

Big time. I believe the next week or two the majority of the larger pieces of the remains, enough to do burials, will start to come to the surface. The question is, and I still don’t have the answer, is what part of a body do we wait for to do a burial? Obviously, if we have head torso arms, but we’re missing a leg, we’re not going to wait for a leg unless we imagine it’s coming immediately. But obviously some loss could happen through decomposition in time of parts. But say a foot was found, the Orthodox tradition is you have to open the grave and put it inside.

Now in New York, sometimes what they’ve done is put a piece of piping down to the casket so parts can be added later. I’m not sure if it’s going to be legal to do it here. More than likely — and some of the Jewish cemeteries here have said that they’ll have reduced labor charges for it — they’ll reopen the grave and put that part in. 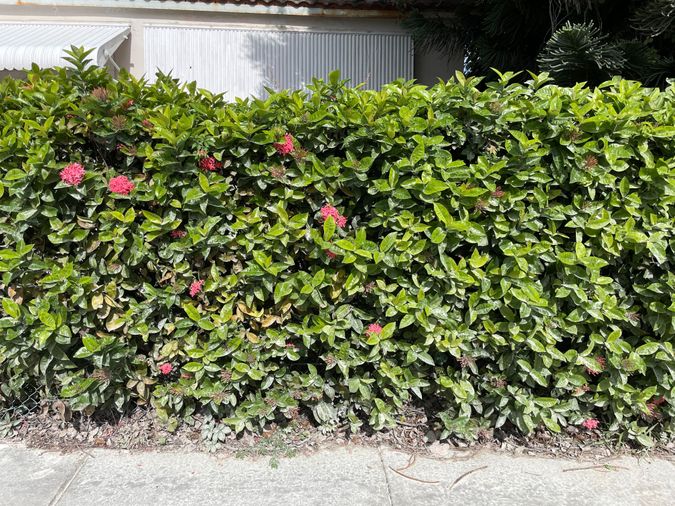 Dust from the demolished Champlain Towers South accumulated on the street and on plants near the site July 5. By Louis Keene

I’m guessing you were already behind on sleep prior to the demolition. What have the last 14 days been like for you?

Basically calls all hours of the night. In all honesty, the real all-nighters are the ones who are working with the families and doing the digging. But if you want to get a funeral for the same day out of town, that means getting on the flight at six in the morning. And you have to be at the airport two or three hours in advance, so it could involve being four in the morning at the funeral home making sure everything is packed up properly for the shomer to make his flight. So that could be quite disturbing of your night.

There is a line recited before shacharit, about how the mitzvah of accompanying the dead yields fruit to the performer in our world and in the World to Come. I’m wondering if you have felt that these two weeks. Is there an aspect of your work that has brought you comfort amid such sadness?

Every death is tragic, but the fact that this is sudden in one sense, and then so prolonged, makes this especially painful. Personally, I knew a lot of these people. They’re friends and family of people in my community, and members of groups that I affiliate with. I personally knew the guys, and it’s shocking. To be able to help them in this process of transition from physical to spiritual provides me comfort, but it does not necessarily help in the loss. The loss is still the loss.

In the past, I’ve had difficulties when someone was my friend, that I didn’t want to be involved in the tahara because it’s too close to home. And especially in these situations, to see people in such a terrible condition, it’s very painful. So maybe there is a reward for me, but I’m certainly not feeling it in this world.

We all realize that this is holy work, work that we really would rather not have to be doing. I worked with many of the children who were killed in the shooting in Parkland, and that was tragic; I went to Arica, Chile, to bring the bodies back when that bus went over [in December 2019]. Of all the projects, this was most like 9/11. It’s the most monumental, tragic event that we could ever imagine. There’s no explanation for it.

Broken bodies and grieving souls: A rabbi cares for the dead in Surfside