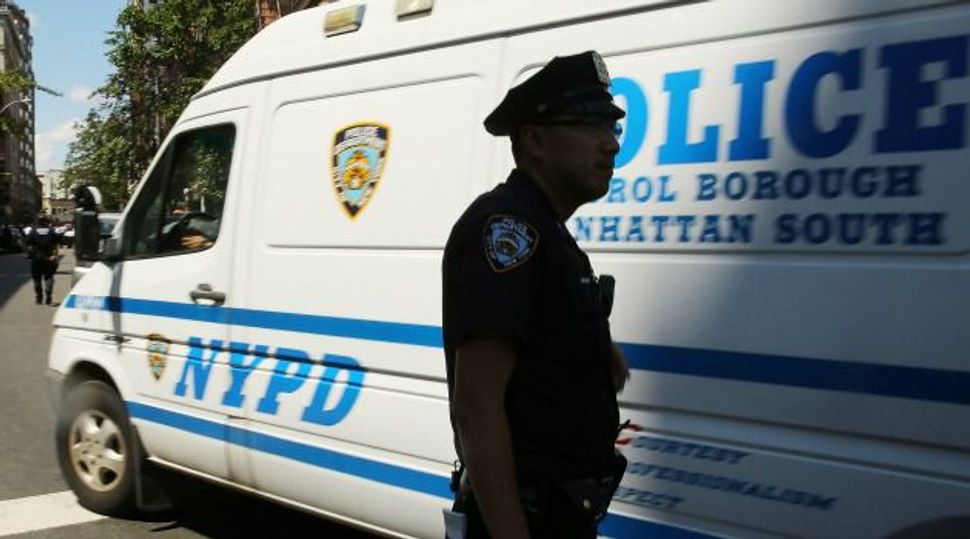 A New York Post article published on July 3 that described a 139% increase in hate crimes since the same period last year generated a firestorm on social media this week.

“NYC is a criminal’s paradise,” another posted to Facebook on the same day.

The article was based on the latest statistics on hate crimes released by the New York City Police Department, and coincides with alarming reports from groups like the Anti-Defamation League, which described a spike in antisemitic incidents tied to this spring’s violence in the Middle East. While the Post article uses data through June 27, the NYPD said on Thursday that antisemitic hate crimes in particular jumped more than 60% through July 4 compared to the same period last year.

But sometimes the numbers do not capture nuances and trends more apparent to those who track these crimes. For greater insight, the Forward called on Deborah Lauter, the head of the city’s Office for the Prevention of Hate Crimes, to ask her about the latest statistics. Below, we discuss why they’re not what they seem and how they might change over the next year. 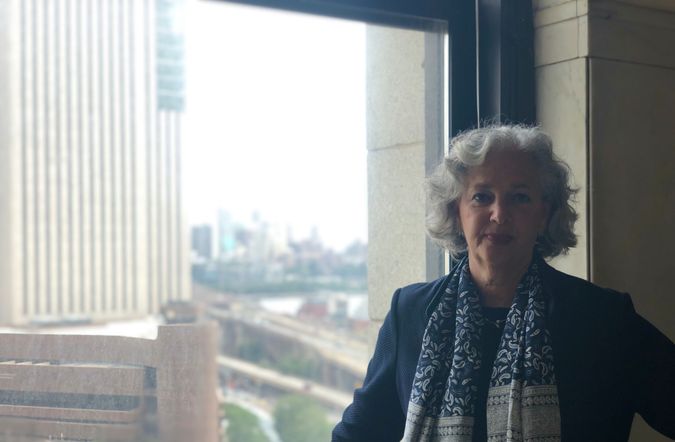 Deborah Lauter is the executive director of New York’s Office for the Prevention of Hate Crimes. Image by Molly Boigon

This interview was edited for length and clarity.

Are you surprised by the latest hate crime numbers?

It did raise eyebrows for my office as well, but we were expecting the numbers would go up — I think what’s critically important to remember is that last year, the numbers were so low. There was like a 37% decrease because of the pandemic. There just wasn’t as much social interaction.

I wanted to look more at longer term trends, so I pulled up the numbers for 2019. And in the same period of time through June 27, there were 123 antisemitic incidents, so the 113 that NYPD is reporting for the first half of the year, it’s actually an 8%, decrease over the 2019 numbers. So they’re probably a little bit more realistic in terms of what’s a typical year.

It was anomalous. It was definitely anomalous, because people just weren’t out there. It was quarantine, people weren’t on the streets, there wasn’t as much social interaction, subway ridership was way down where a lot of incidents often obviously occur.

That being said, to see 113 incidents is disturbing.

What kinds of incidents were they?

Our office is required to send out these hate violence notifications when the NYPD notifies us about what tends to be assaults. We have issued 94 so far this year, and of those 12 were antisemitic.

And what about the remainder?

Heavily anti-Asian. Definitely the anti-Asian ones predominated, and there was also a number of anti-LGBTQ.


It seems as if we’re always reading about a spike in hate crimes, but never a drop. Why do you think that is?

I have to tell you, this is one of the paradoxes — and I’ve said this at all the town meetings we’ve held over the past year and whatnot — if we do a really good job of educating people about hate crimes and the importance of reporting, the numbers will go up. So in some respects, it’s almost a healthy sign of a democracy. And at the same time, the paradox is that these things are happening.

I would say particularly, I feel in the Asian community, there was a culture of not reporting, particularly among the older generation. They just kept things much more private. I’ve had so many meetings with community leaders and different generations, and that’s shifting. My office produced a lot of materials to educate the community about why it’s so important for them to report. I mean, these things were happening before to them, but they just didn’t report.

As we do a better job, it also will reflect in higher numbers, which gets people concerned — and it should — but at the same time, we know that things are functioning well, when people have that trust in the government that they’re reporting.

So 2020 was a lower year because there was less social contact, but we also saw alarming incidents of anti-Asian violence. Out of ignorance, some people scapegoated Asians for causing the pandemic. What do you think is going to happen as the pandemic subsides and life gets back to normal?

I firmly believe that there was a correlation between the rhetoric that came out of the Trump administration and the blaming of the Asian community on the virus, so that clearly will come down. I believe we will definitely see a reduction. I also think a lot of the numbers were driven by cases of emotionally-disturbed people. And that was also related to the coronavirus — you know, so many of them were out of shelters. Some of their services were cut. So I’m really hopeful that as the city is coming out of this, and those kinds of services can be restored if not increased, then we’re going to see a reduction of those cases as well.

That’s our hope and my preliminary prediction. But particularly if it’s going to be a hot summer, there’s more criminal activity generally. So let’s just hope it doesn’t manifest with any kind of hate-motivated violence as well.

We’ve talked about in the past that most of the antisemitic hate crimes that are logged into the system are graffiti and vandalism. And I’m wondering if that if you have a sense of whether that’s also true of this latest data?

They’re definitely driven by numbers that are more aggravated harassment, and vandalism. Close to 70% are nonviolent, which is not the case in the Asian community, which has a much higher percentage of assaults.

Another interesting fact is that with many of these swastikas, the NYPD doesn’t find the perpetrators because a lot of the crimes are committed at night and there may not be security cameras. Sometimes, they record swastikas as antisemitic, even if we don’t know what the motivation actually was. The swastika has also become a hate symbol used against Blacks and immigrants and others, but right now the way they’re recorded, they go into the antisemitic column.

Why is hateful graffiti a hate crime but not, say, an antisemitic sign in a parade?

Vandalism or graffiti generally are subject to criminal penalties. If the graffiti said, “I hate Jews,” that would be a potential enhancement, because you did see the bias motivation there. If someone was in a parade carrying a sign, that would be protected speech.