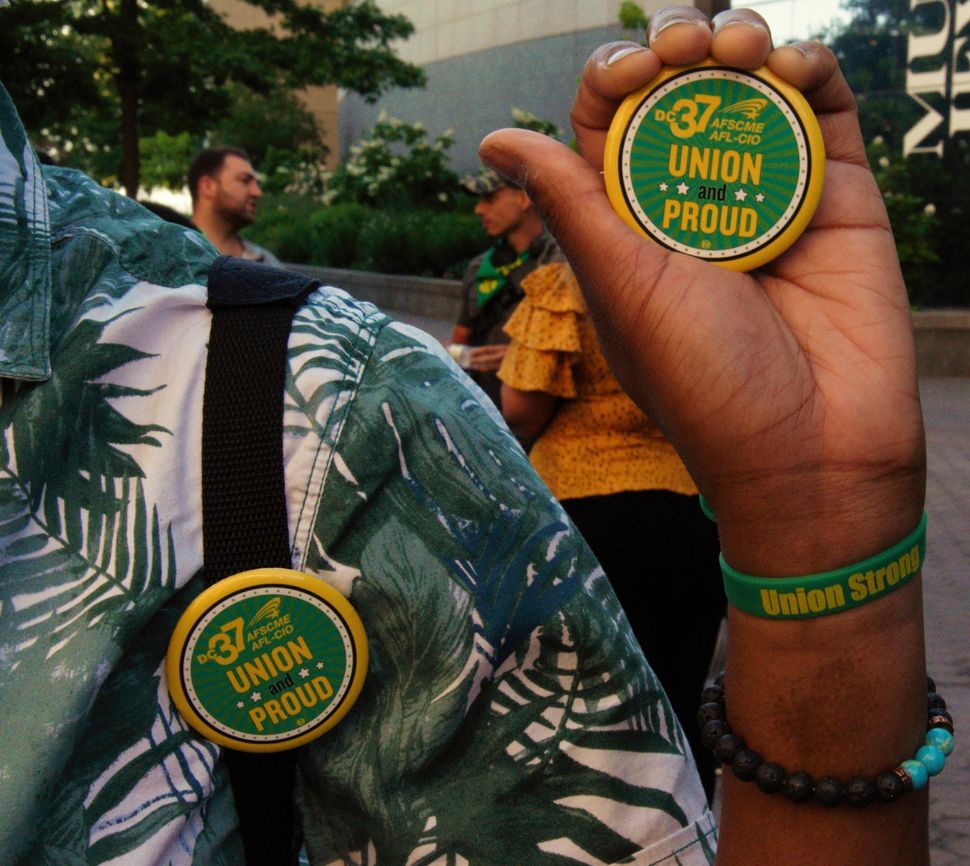 Some staffers say negotiations have been rocky between the union and employers.

Museum of Jewish Heritage staff have unionized, but say they are frustrated with management as they try to reach agreement on a first contract.

In November, 27 members of the New York museum’s staff — 77% of those who participated in the election— voted to join District Council 37, New York City’s largest public employee union. Since then, say union members and their representatives, dealings with management have been difficult.

District Council 37 negotiator Moira Dolan said the process has been the longest leading up to any contract she’s worked on.

“When we unionize any workplace we don’t start from zero, we start from what we have and then look to improve our conditions,” she said. “And we understand that there are always going to be trade offs, but we have not had any meaningful or significant proposals from the management for trade offs.”

A museum spokesman in an email said: “Negotiations with the union are in progress to come to a first collective bargaining agreement. It is still early in the process and the Museum is negotiating in good faith.”

The drive for a union began in June of last year, when 32 people— 40% of staff— were laid off despite payroll protection loans and amid what CEO Jack Kliger called an “existential crisis” brought on by the coronavirus pandemic. Kliger himself took a 15% pay cut, and the museum moved several full-time employees to part-time to preserve the salaries of staff.

Staffers say the union will help to with job security, reduce pay and promotion disparities and improve safety and other issues at the museum, the full name of which is the Museum of Jewish Heritage – A Living Memorial to the Holocaust. The museum, located at the southernmost point of Manhattan, has used recorded testimonies and curated collections to educate visitors about the Jewish history since its opening in 1991. It welcomes more than 60,000 schoolchildren each year. 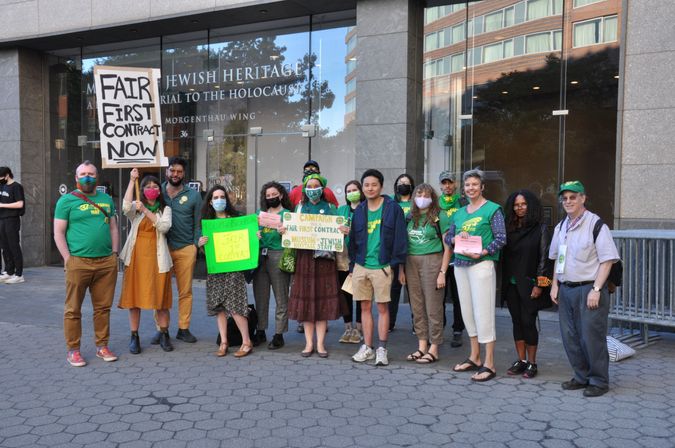 Organizers stand at a protest on June 24. Courtesy of District Council 37

The newly-organized staffers have been holding demonstrations to build support for their cause — sometimes musically. At a June 8 demonstration, workers brought their own musical instruments to an indoor concert featuring Sharabi, a Bhangra-Funk-Klezmer fusion group. On July 11, workers demonstrated outside the museum.

Over the course of seven bargaining sessions, according to employees, museum management has proposed reducing sick time, cutting annual leave and eliminating paid time off on Fridays to observe Shabbat and reducing time off for other religious observances.

The idea that museum employees should get less time off for religious observances rankled many.

“It’s not in keeping with the values of the institution since its inception, we’ve always been a Shabbat and Yom Tov observant institution and we want to make sure that that’s something that continues to exist in the future,” said a full-time employee who asked to asked to remain anonymous for fear of retaliation on the job. “Our building in some cases is the only place, only memorial…for people who have lost family members to the Holocaust, which is one of the reasons that keeping the Jewish holidays sacrosanct, is so important.”

The next meeting between union representatives and museum management is set for July 30.