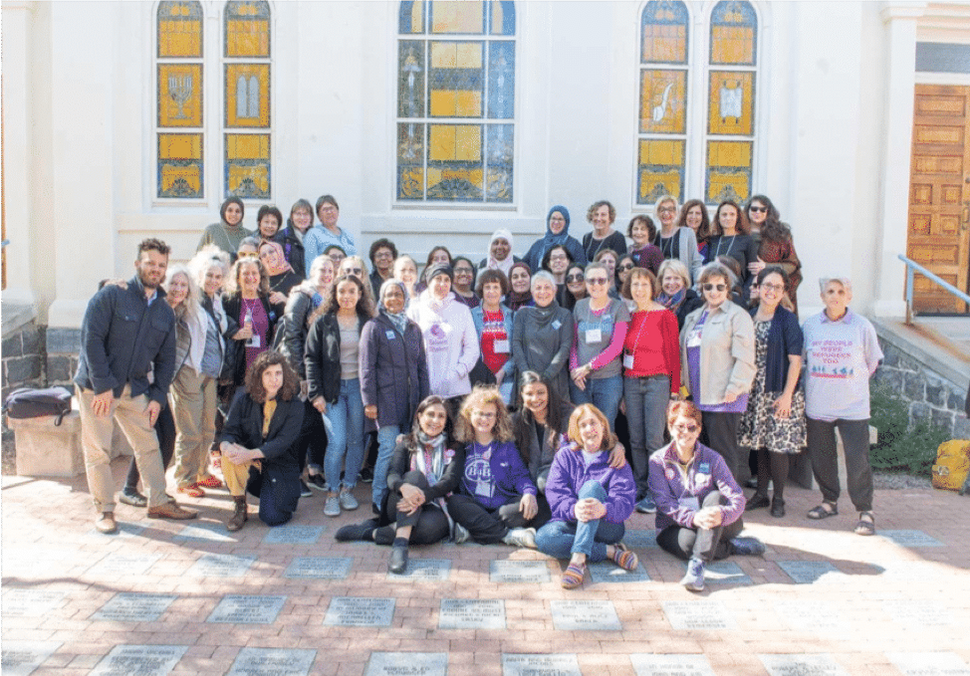 Vikalo and others on a Sisterhood trip to the Arizona-Mexico border in 2020. Courtesy of Tahija Vikalo

Tahija Vikalo is a Muslim woman who lived on one side of a duplex in a Philadelphia suburb and befriended the Jewish woman who lived on the other side. Together in 2017, Vikalo and her neighbor, Nancy Nagel, joined the Sisterhood of Salaam Shalom, an organization that builds trust and relationships between Muslim and Jewish women and teenage girls so they can combat bigotry together. 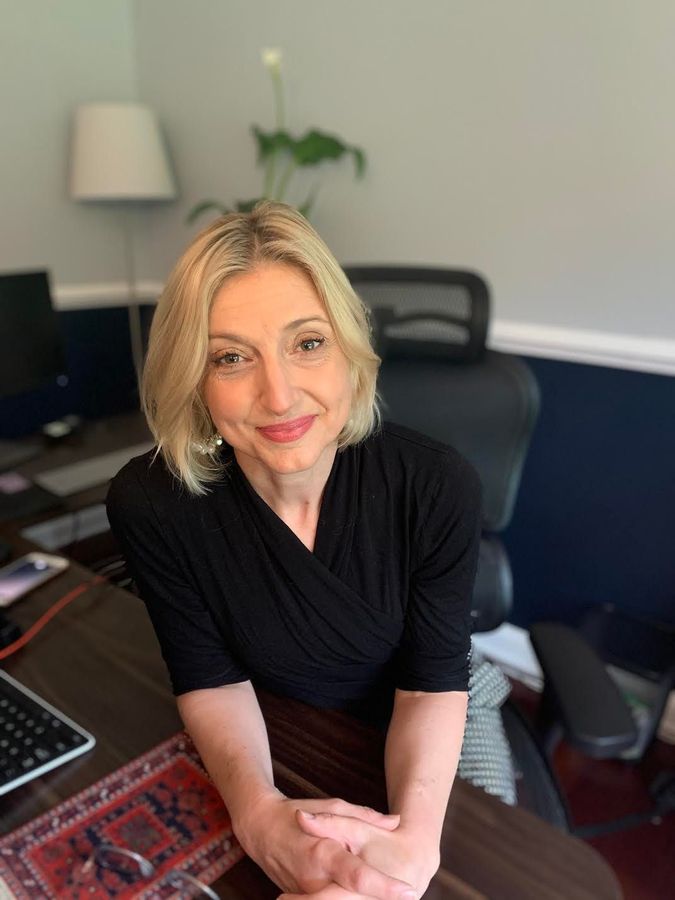 Tahija Vikalo is the new executive director of the Sisterhood of Salaam Shalom. Photo by Hilal Vandenberg

Vikalo now succeeds Sheryl Olitzky as the second executive director of the 8-year-old nonprofit. She previously served as its treasurer and sat on its board of trustees, in addition to being active in her local chapter. “Interfaith work is like mother’s milk to her,” said Roberta Elliott, the president of the Sisterhood.

Born in Sarajevo, Vikalo comes from a family of devout Muslims, including her grandfather, an imam who was persecuted by the Nazis during World War II. Vikalo left the city when it was under siege in 1994 to pursue her education in the United States. She attended the University of Pennsylvania as an undergraduate and continued there to pursue her master’s in anthropology, with a focus on religion and society. Vikalo’s career has included coordinating programs in the Middle East for the Quaker organization American Friends Service Committee and running human resources for the International Montessori Schools.

Vikalo spoke with the Forward about her hopes for the Sisterhood, the interfaith dialogue it fosters, and how we might learn from it.

What are some of the things you hope to do as the Sisterhood’s executive director?

We are looking deeper into our conversations. Over the past year, we developed more of a focus on social justice issues within our communities, but also society at large. We’re looking at racial justice issues and immigration issues. There is a group that was created around support for Uighurs in China, as well as Indian Muslims. We’re also more focused on Israel Palestine work. We are hoping to offer a spectrum of opportunities and activities for sisters to get engaged. Sisters who would like to continue having that more intimate connection will be able to do that with their chapters. Then, there will be larger projects that allow sisters around the country to be engaged through advocacy or service.

What do you think is unique about the Sisterhood’s work being between women?

I do think that women are more in touch with their emotions and with relating those emotions to their faith traditions. They can go deeper into that divine aspect of who we are as human beings, rather than rules and regulations of each religious tradition. We have an amazing network of women in the Sisterhood. Every time I have a conversation with another sister, I’m like, “Wow, what a powerhouse.” Each one of us carries such a richness of experiences and depth of understanding of social justice. The level of intimacy created through these relationships is so important. 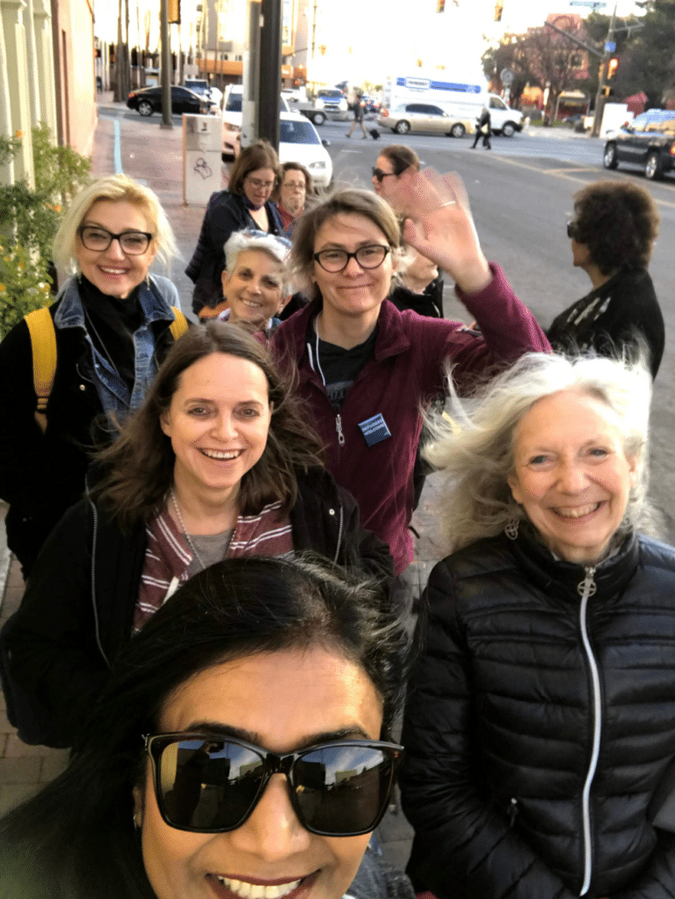 Vikalo and other members of the Sisterhood on a 2020 trip to Arizona. Courtesy of Tahija Vikalo

How does the Sisterhood navigate difficult conversations about Israel and Palestine?

For some time, in our manual, the Sisterhood encouraged not going into this conversation for at least two years. We wanted to allow sisters to develop relationships, and get to know each other before they jumped into more difficult conversations, whether it being Israel/Palestine or anything else. However, probably two years ago, the board realized that it was a need for many sisters around the country to be addressing this topic. We have a great program resource director, who is creating all kinds of resources for the sisters on the topic. We’re also planning virtual trips to Israel and Palestine distributed over five weeks. Once a week, we’ll come together and visit one of the cities and learn a little bit of history. My motto now is that we’re encouraging all the sisters to “stay at the table.” We just want to be building on our relationships and building these deeper connections.

What can we learn about interfaith dialogue from the Sisterhood?

Very often, our faith traditions are used in a very negative way. As an institution, when we look at the core of each of our scriptures, we see that the best believer is one that heals the world. Guided by those principles, we can overcome a lot of difficult issues. For us, it has been a learning process. A very important piece is to acknowledge the differences and not pretend they’re not there, but see them also as an enriching experience that we can use to build a deeper understanding of each other and of how we approach the world.