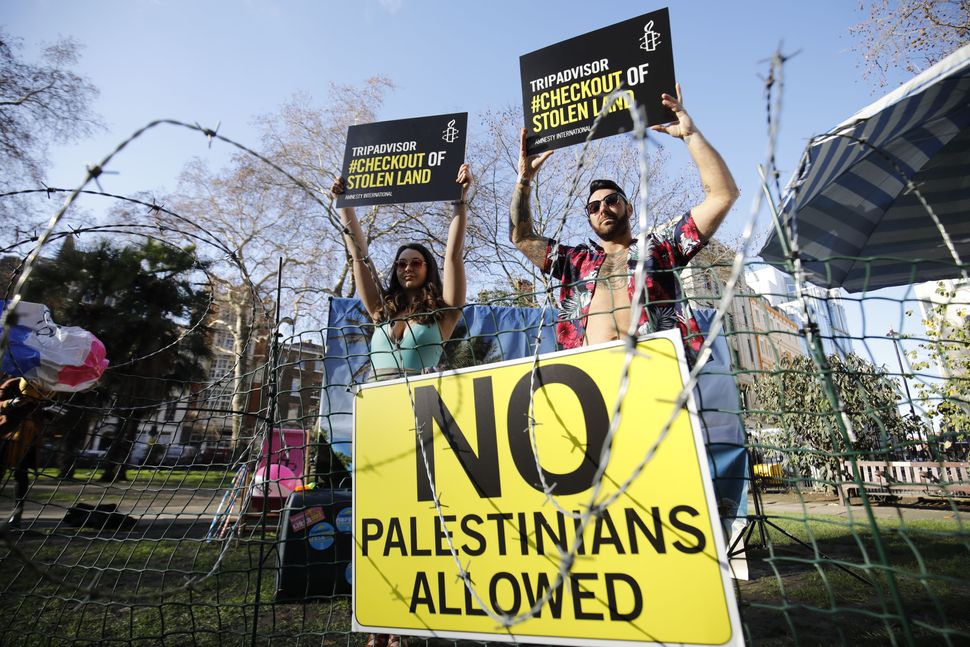 Airbnb, the travel lodging website, announced three years ago that it would remove listings in Israeli West Bank settlements, a decision that progressive activists cheered and Israel’s defenders jeered.

On Monday, Ben & Jerry’s was met with the same reactions when it announced that it would stop selling its ice cream in the West Bank.

But Airbnb folded under legal pressure from those who deemed the move unfair to Israelis and investors alike. And today, tourists will find no shortage of Airbnb accommodations in West Bank settlements, including a “God-given home” in Har Bracha and an earthen house in Tekoa with views of “hills where no one has set foot.”

Backtracking, like Airbnb, could be more difficult for a company that has emphasized social justice.

Is Ben & Jerry’s headed down the same path? Backtracking could be more difficult for the company, which sells “Peace Pops” made with fair-trade vanilla, and has made its commitment to social justice issues a major part of its branding.

Both sides of the debate over boycotting West Bank settlements acknowledge that Airbnb and Ben & Jerry’s make up a minuscule share of the Israeli economy, but that the companies’ choices in the matter are freighted with symbolic significance. One side argues that selling products in Israeli settlements, which are widely considered illegal under international law, contributes to human rights abuses against Palestinians; the other claims the boycotts place unfair blame on Israel and Jews.

Advocates for Israeli settlers maintained that the Airbnb decision to pull out of the West Bank violated American housing discrimination laws and Marc Greendorfer, president of Zachor Legal Institute, said a series of lawsuits convinced Airbnb executives to reverse what he called an initial “knee-jerk reaction.”

“Once the legal people started to explain to them that there was a strong basis for the action being threatened, they probably said, ‘Why are doing this?’ and backed off,” said Greendorfer, who warned Airbnb at the time that removing West Bank listings could violate its legal obligations to investors.

Now the activists who have spent more than a decade calling on Ben & Jerry’s to end its operations in the West Bank are working to make sure they don’t lose momentum as the campaign moves toward the legal and corporate realm.

“When you win the energy dissipates,” said Tallie Ben Daniel, director of special projects for Jewish Voice for Peace, which led the coalition pressuring Airbnb over its settlement listings. “It’s hard to reinstate a campaign that you’ve already waged.” 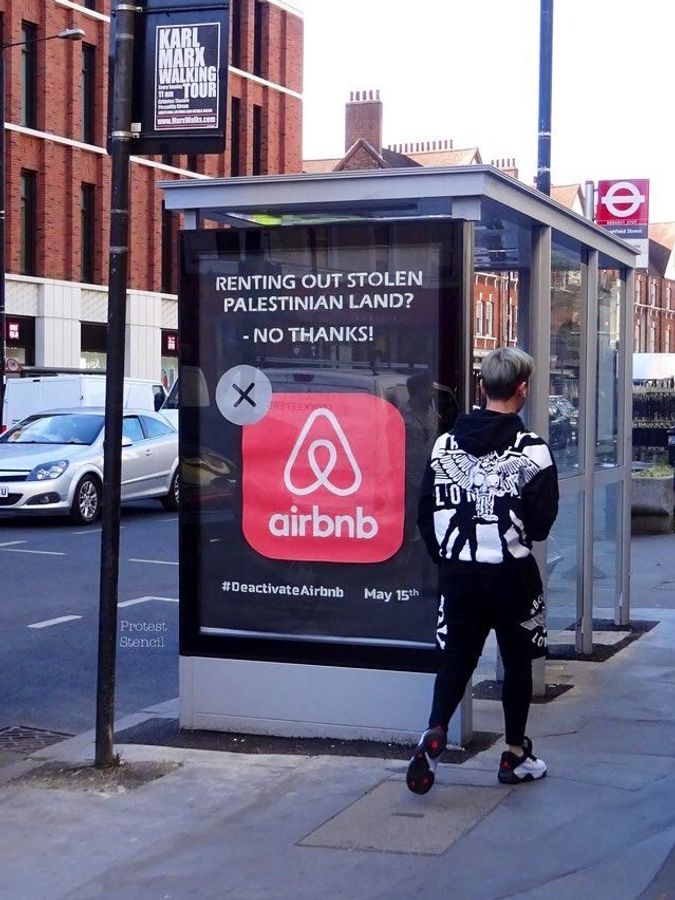 Street art in London in November, 2019 calls on users of the travel lodging platform Airbnb to deactivate their accounts in response to the company’s decision to backtrack on its ban of listings in the West Bank. Courtesy of Protest Stencil

The “StolenHomes” campaign began in 2016 and featured a petition drive, and protests at Airbnb’s headquarters in San Francisco and offices in Portland, London and Paris. Activists scored a win in the fall of 2018, when the company agreed to remove 200 listings in settlements, while maintaining the roughly 20,000 rentals located in Israel. Six months later, the startup reversed course to settle the discrimination lawsuit and a new campaign — #deactivateAirbnb — failed to gain traction.

Ben & Jerry’s, and its parent company Unilever, are already facing threats of legal action under American laws meant to penalize boycotts of Israel. Israeli President Isaac Herzog called the brand’s decision “a new kind of terrorism,” and the Conference of Presidents of Major American Jewish Organizations said the company had allied itself with a “discriminatory and antisemitic” movement.

Greendorfer, with Zachor Legal, said his organization plans to contact both Ben & Jerry’s and the Securities and Exchange Commission with complaints about the planned divestment, which he said was unfairly aimed at Jews.

“They essentially give aid and comfort to BDS when they do this,” Greendofer said, referring to the broader boycott movement targeting Israel. “Whether discrimination results in a penny of monetary damage or a trillion dollars is irrelevant.”

Diala Shamas, a staff attorney at the Center for Constitutional Rights, said the backlash against Ben & Jerry’s mirrored what she called a false narrative that critics of Airbnb promoted after it agreed to remove listings in Israeli settlements.

“The Israeli government and the settler movement engage in what is essentially gaslighting, claiming victimhood when they are the ones perpetuating these unlawful international acts,” said Shamas, who intervened in the lawsuit against Airbnb on behalf of Palestinian-Americans who claimed ownership of land in the settlements.

Vermonters for Justice in Palestine has been targeting Ben & Jerry’s since 2011, arguing that its business model of “creating a ‘brand’ based on a social mission” meant it should pay attention to “the social inequalities and settler colonialism in Palestine/Israel,” according to spokesperson Ian Stokes.

While Airbnb was facing criticism from progressives for flouting local zoning laws and pushing up housing prices in cities around the world at the same time it was being pressured around the Israeli-Palestinian conflict, Stokes said the calls for Ben & Jerry’s to divest from Israel were actually in line with the company’s positions on other issues.

“I should stress that we admire most of what B&J does in the arenas of social justice,” Stokes said in an email.

The campaign against Ben & Jerry’s gained momentum in May, when the company’s social media accounts ignored the violence in Israel and Gaza. That was a stark contrast from its posts earlier in the year, when it mixed enticing photos of ice cream with posts about climate change, police reform and “how most people making money from legalized cannabis are white.” The company’s first tweet since May 18, about the time of the most intense fighting between Israel and Hamas, was Monday’s announcement that it was ending sales in the occupied territories.

Ben Daniel, with Jewish Voice for Peace, said that even if Ben & Jerry’s — or Unilever, which appears to be less enthusiastic about divesting from the West Bank — reverses course before the contract with its Israeli distributor expires in 2022, activists have already succeeded.

“Even if these companies decide to backtrack, we’ve still done a lot of work to call attention to the ways the Israeli government and settlers and private corporations are profiting off the occupation,” she said.