Where the kitschy Holy Land theme park died, a medical facility will rise 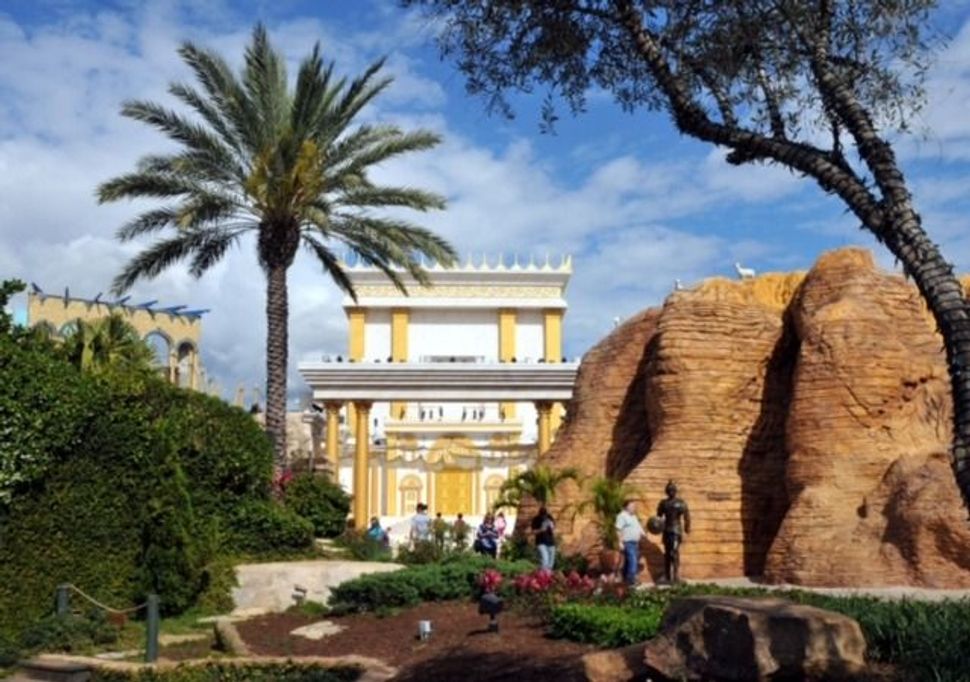 The end of days for Orlando’s Bible-based theme park, the Holy Land Experience.was widely foretold. What no one expected was the form its afterlife would take.

Consider: Holy Land was the vision of a Jew who converted to Christianity and became a Baptist minister. When low ticket sales and runaway operating expenses led to huge financial losses, the park was taken over by a controversial, scandal-plagued, Pentecostal television ministry.

Then last week, the 14-acre property was sold to a Seventh-Day Adventist-affiliated health system for $32 million. The vest pocket theme park is likely to be leveled and turned into a regional health center.

“AdventHealth will make a significant investment in redeveloping the property to bring enhanced health care services to the community,” Amy Pavuk-Gentry, an AdventHealth spokesperson, told the Orlando Sentinel.

Holy Land was founded by the Rev. Marvin Rosenthal. Raised Jewish in Philadelphia, Rosenthal became a traditional Baptist. The dual goal of his ministry, Zion’s Hope, he said, was to educate Christians about the Jewish roots of their faith, and to proselytize Jews to abandon their faith.

The latter drew criticism from local rabbis when Holy Land Experience opened in 2001. But their concerns didn’t materialize when few Jews went to the attraction.

Rosenthal is an ex-Marine and former professional dancer with a circus ring master’s flair for showmanship, down to his pencil thin mustache. He disdained – but tolerated – modern evangelical outreach to Jews like “Jews for Jesus.” But he also disdained charismatic Pentecostal Christians. When Holy Land opened he famously said he wouldn’t hire a Pentecostal at the park, even to sell hot dogs.

Rosenthal, who is ailing, did not respond to the Forward’s request for comment. 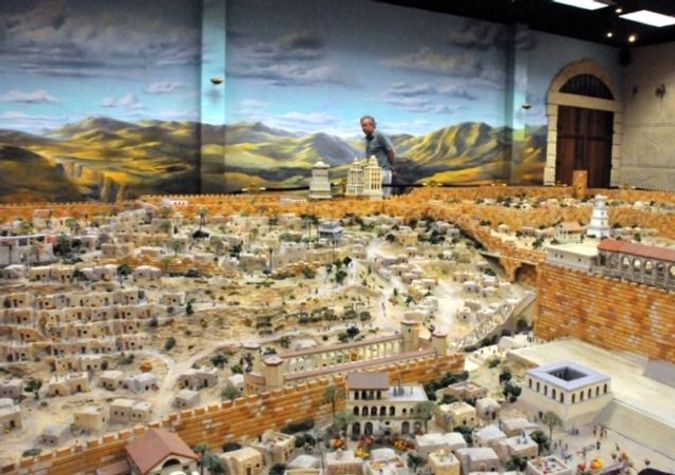 Scale model of the city of Jerusalem in the first century. By Sarah M. Brown

Lower than expected attendance led to financial trouble and Rosenthal lost control of the attraction in 2005. His backers took over, cast him out, and sold the park to Trinity Broadcasting Network, headed by a flamboyant Pentecostal couple, Jan and Paul Crouch. Despite grandiose plans to expand Holy Land, after the couple’s deaths their successors couldn’t make a go of it.

Most of the staff was laid off before the onset of the COVID-19 pandemic. Now they have sold the property to AdventHealth, which is affiliated with the Seventh-day Adventist church, considered by some evangelical and traditional Christians to hold a few questionable doctrinal stances.

Orlando is a kind of fantasy heaven, where imaginative dreams become reality, thanks largely to sprawling Disney, Universal, and SeaWorld theme parks, located just down Interstate 4 from Holy Land, and a host of kitschy, lower-tier attractions like Gatorland, the Titanic Museum and “Ripley’s Believe It or Not!”

Less well known is that Orlando is also a place where ambitious dreams sometimes die hard, especially when entertainment and Christian religion are combined, as they were at Holy Land.

Central Florida, despite being an evangelical heartland that supports numerous mega-churches, as well as being the home of national and international ministries like Campus Crusade for Christ, has been a graveyard of attractions with a Christian agenda.

Previous casualties range from the low budget musical “The Rock and the Rabbi: The Story of the Powerful Friendship Between a Fisherman and the Son of Man,” to the multi-million dollar “Ben-Hur: The Musical.”

The problem, observers said, was not a lack of faith, either on the part of locals or tourists. Major theme parks have conditioned audiences to demand high production values for their entertainment dollars. Yet spectacles are expensive to produce, which means high ticket prices. Orlando’s big three commercial theme parks charge more than $100 for a one-day pass.

“Ben-Hur” spent eight million dollars designing a 2,600-seat theater, complete with eight animatronic horses for a chariot race, and a six-ton Roman galley. Still, both “The Rock and the Rabbi” and Ben-Hur closed after just a few months. Similar efforts for religious entertainment attractions never got off the ground.

For the Holy Land Experience, Rosenthal hired a design company that worked with Universal, and its recreation of First Century Jerusalem drew praise. There were costumed shows with singing and dancing, but no rides. At one point Holy Land, although a much more modest attraction, was charging $50 a day.

There is a subtle, symbolic logic to the purchase of Holy Land by AdventHealth.

For years, Central Florida progressives have bemoaned the area’s reliance on the low-wage service and hospitality jobs – theme parks, restaurants and hotels. The poignant, 2017 film, “The Florida Project,” illustrated the plight of such workers, who often live hand-to-mouth.

Recently, especially in the southeast part of the county, an economic alternative has been rising. These include new hospitals (Nemours and the VA) and a clinic affiliated with a new medical school at the University of Central Florida. Clustered around these medical facilities are a number of biotech companies, both established and start-ups.

The prospect is for better paying jobs and some relief from the powerful hospitality industry, which now exerts a stranglehold on the local political system.

So, Holy Land’s final irony: From the rubble of a theme park that – for inspirational entertainment – celebrated Jesus’ healing ministry through faith, will rise a faith-based facility dedicated to healing through modern science.

Mark I. Pinsky chronicled the rise and fall of the Holy Land Experience from the time it was in the drawing board, for the Forward, the Orlando Sentinel and other national and international publications.

Where the kitschy Holy Land theme park died, a medical facility will rise