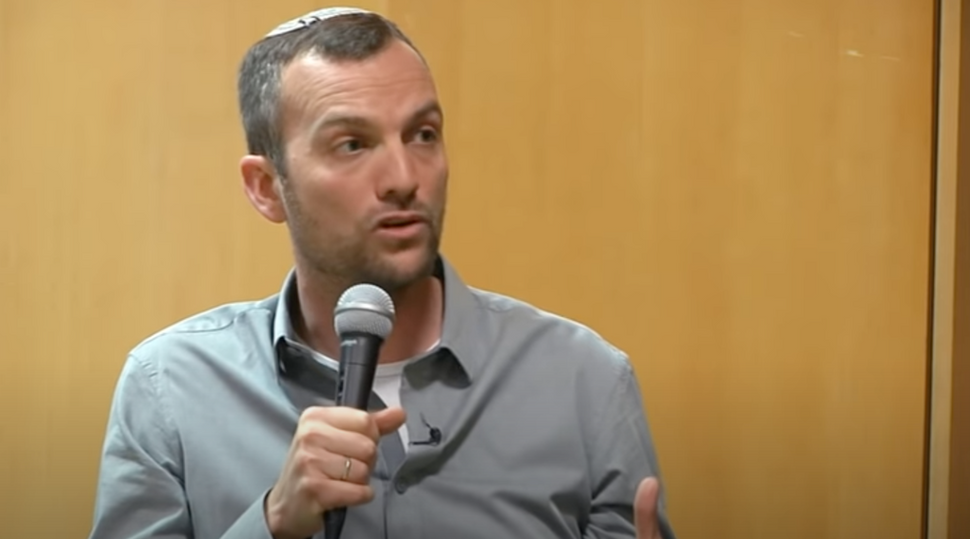 Laizy Shapira, the creator of “Srugim,” is having trouble finding funding for his next show. Image by Screenshot from YouTube

(JTA) — The Israeli TV show “Srugim,” which brought the lives of Modern Orthodox Jewish singles in Jerusalem to the screen, was a hit in its native country. It later found a large new audience in the United States after streaming on Hulu and Amazon.

But now its creator, Laizy Shapira, is having major trouble funding a follow-up — so he’s turning to “Srugim” fans for help.

“Srugim” centered around the romantic relationships of five Orthodox Jerusalemites in their 30s. Critics said it broke boundaries by giving viewers an intimate and authentic look at the lives and struggles of religious Jewish Israelis.

Shapira bills his next project as a thematic sequel to the issues explored by “Srugim.” In a lengthy post Tuesday on a Facebook group for fans of the show, he said that after taking a break while he had young kids at home, “over the past two years the muse has returned.”

“Srugim,” Shapira wrote, was drawn from his own experiences as an Orthodox bachelor in his 30s. His next show — perhaps aptly called “What’s Your Next Project” — also is based on his experience as a father in his 40s with young kids at home at a time when the children of many of his Orthodox friends are getting married themselves.

“I feel this show has the same spirit as ‘Srugim,’” he wrote. “It deals with the everyday dramas we are all familiar with and tries to do this with humor and sensitivity. I truly believe that what comes out of the heart will definitely enter the hearts of others.”

But TV networks aren’t biting, he wrote, because they are short on cash. So Shapira is appealing to fans from outside Israel (on the English-language fan page) hoping to raise $400,000 and have a network kick in the rest.

“Would you and your friends invest in such an enterprise?” he asked in the post.

“I loved Srugim,” said Patrick Cronin, 80, an actor who appeared on popular TV shows spanning three decades, including “All in the Family” and “Seinfeld.” “I think if I could help in any way I’d love to do so.”

Shapira, who lives in Israel, did not respond to a request for comment by publishing time. 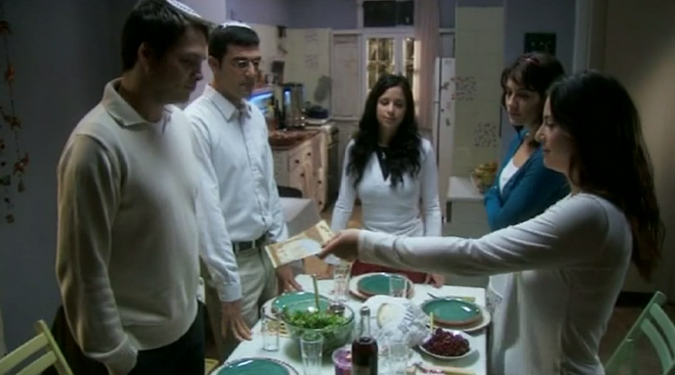 The main cast of “Srugim” in the show’s pilot. The show gained an international audience with its authentic portrayal of Modern Orthodox life. Image by Screenshot

Shayna Weiss, a scholar who writes about Israeli pop culture and co-authored a blog about “Srugim,” said she’s not surprised another show about Modern Orthodox Israelis is struggling to find backing. She noted that several recent Israeli shows have instead turned their lens on the haredi Orthodox community, including “Shtisel,” a drama about a haredi family in Jerusalem that also was streamed on Netflix.

“The [Israeli] cultural appetite is more interested in haredim than Modern Orthodoxy. It’s visually different, it’s a somewhat more insular society,” said Weiss, the associate director of the Schusterman Center for Israel Studies at Brandeis University. “When you look at the battles of Israeli society today, the Modern Orthodox are not playing a central role.”

Shapira’s post comes amid ongoing discussion of how Orthodox Jews are portrayed on screen following the debut of “My Unorthodox Life,” a Netflix reality show about a woman who leaves Orthodox Judaism. Netflix has streamed two other programs about leaving Orthodoxy, including the popular “Unorthodox.”

Ahead of the backlash to “My Unorthodox Life” from some parts of the Orthodox community, Weiss tweeted that funding for the arts is a prerequisite for telling the stories of underrepresented groups.

“Does your religious community promote the arts and story telling?” Weiss tweeted earlier this year. “Does your day school have a film club, or a creative writing class? If you want good art about your community, you need to … promote the arts. This is one area where Israel is way ahead of the US.”

Shapira is not the first successful filmmaker to turn to crowdfunding for a follow-up project. Nine years after writing, directing and starring in the acclaimed film “Garden State,” Jewish actor Zach Braff raised more than $3 million for his movie “Wish I Was Here” on Kickstarter. A production company then supplemented the budget for a total of $10 million. The TV show “Veronica Mars” also raised more than $5 million to adapt the show into a movie.

Braff, who had also starred in the long-running show “Scrubs,” later faced criticism for asking fans to chip in as opposed to using his own money. Shapira, by contrast, wrote in his post that he hopes to find a way for those who contribute to “receive a portion of the profits in future sales to networks in Israel and abroad.”

Weiss said a possible avenue for Shapira would be to turn to charitable foundations that support the Israeli arts. But she also said that ironically, the success of Srugim may have made it harder for Shapira to fund a similar project.

“Sometimes when you create something that’s so revolutionary, and everyone copies it, when you try to do it again, people don’t see the need for it,” she said. “I wonder if that’s what happened here.”

—
The post The creator of ‘Srugim’ is turning to fans to finance his next project appeared first on Jewish Telegraphic Agency.