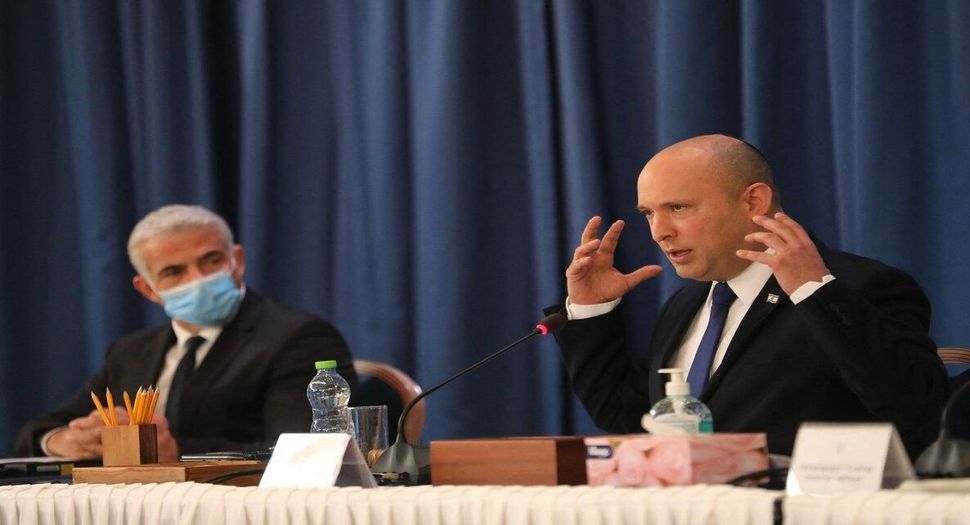 Despite their deep differences on major diplomatic questions, President Joe Biden and Israeli Prime Minister Naftali Bennett are hoping to set a new tone for U.S.-Israeli relations at the White House Thursday, their first meeting since each took office.

They disagree on returning to the 2015 Iranian nuclear deal, the Israeli-Palestinian conflict and China, but experts say the leaders have shared policy goals and political skills on which to build.

“I would expect the dynamics on a personal level to be very good,” said Fitz Haney, former U.S. Ambassador to Costa Rica under Obama, and a longtime Israeli resident. He pointed to Biden’s and Bennett’s respective reputations for working well even with political opponents. 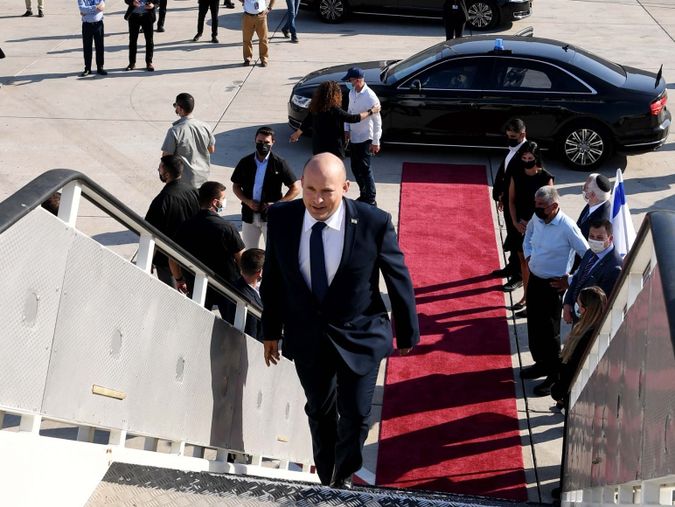 Adding to the impetus for Biden and Bennett to generate positive headlines off this first meet-up is the current crises each is facing. Biden is engulfed in the chaotic withdrawal from Afghanistan and a budget showdown with moderate House members. Bennett, who leads the right-wing Yamina party, is dealing with an outbreak of the Delta variant and rising tensions on the Gaza border.

But perhaps most key to the success of this initial meet-up: Benyamin Netanyahu will not be in the room, and both Biden and Bennett want to make sure he does not return to power.

That common desire will keep tensions between Biden and Bennett low, said a former administration official who was not authorized to speak on the record. Bennett’s so-called “change government,” made up of parties who agree on little other than their desire to remove Netanyahu, aim to avoid contentious issues like security and Palestinian rights and to focus on rebuilding the economy and domestic reforms. After two years in office, Bennett will cede power to Yair Lapid, who represents a more liberal swath of Israeli voters.

For the Biden administration, the stability of the rotation government presents them an opportunity for movement on the Israeli-Palestinian front once Lapid, the current foreign minister, takes over. “They know who is waiting in the wings,” the official said. Lapid has already said that he would seek to advance a two-state solution under his rule.

Netanyahu, a polarizing figure in Israel, enjoyed a strong relationship with former President Donald Trump. Though they aligned on most matters of mutual interest, the relationship frayed Israeli ties with Democrats. And even Israeli Trump supporters could be wary of the American president’s unpredictability.

Netanyahu’s relationship with recent Democratic presidents got off to rocky starts — and stayed that way.

After his first meeting with Bill Clinton in 1996, the American president bristled at what he considered Netanyahu’s lecturing. Barack Obama recalled a similar episode after a meeting with Netanyahu and the two clashed frequently in public over Iran and the peace process.

This week’s meeting between Biden and Bennett will not end in similar frustrations, said Daniel Kurtzer, former U.S. Ambassador to Israel. “The fact that they will be able to talk to each other with mutual respect, in a civilized diplomatic tone based on friendship, is going to make a difference even if there still remains policy differences after the meeting.”

Netanyahu’s past vocal opposition to the Iranian nuclear deal and his campaign against the Biden administration’s attempt to return to it will hover over this week’s meeting. But Bennett also opposes reviving the 2015 agreement, which lightened sanctions on Iran in exchange for curbs on its nuclear program.

At a cabinet meeting in Jerusalem on Sunday, Bennett said he’s going to broach the topic with Biden, but also present an alternative plan “to curb the Iranians, both in the nuclear sphere and vis-à-vis regional aggression.”

“That’s going to be a very tough discussion,” said Kurtzer, who is now a professor on Middle East policy studies at Princeton University. 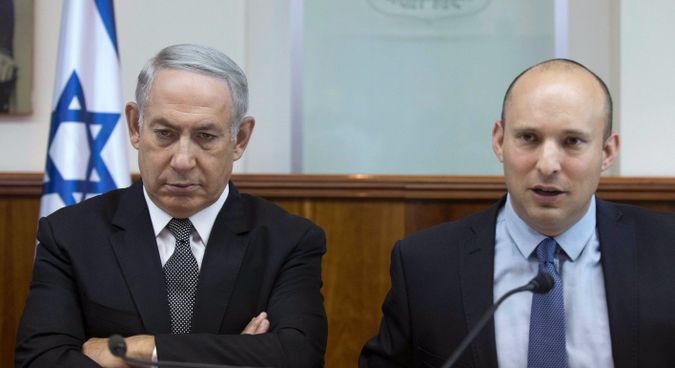 The lack of progress between Washington and Tehran on the deal in recent months, in wake of the Iranian elections and the swearing in of President Ibrahim Raisi, “could lead for a much more expedited conversation between the U.S. and Israel” about the immediate steps needed to stop the nuclear program, said David Makovsky, director of the program on Arab-Israel Relations at the Washington Institute of Near East Policy.

But the Biden-Bennett exchange on Iran is likely to be kept under wraps. “I’m sure Bennett won’t want to embarrass the president in public when he talks about Iran,” said Dan Arbell, a scholar in residence at the Center for Israel studies at American University.

Evelyn Farkas, a former Pentagon official in the Obama administration, said Biden should be open to hearing Bennett out on Iran, since prospects for a renewed nuclear deal are dim. “This is very much needed since we don’t have sufficient leverage on Iran, and I think we should be working closely with Israel on this front,” she said.

The impact of the Afghanistan withdrawal

Some experts hold that Israel also gained leverage with the fall of Afghanistan to the Taliban.

The chaotic and highly-criticized American evacuation from Kabul, broadcast around the world gives, the Israeli prime minister “kind of an upper hand going into this meeting,” said Farkas. “President Biden wants this meeting to go well and to show that the U.S. remains a strong ally in the Middle East.”

From Israel’s perspective, the Taliban takeover of Afghanistan bolsters the terrorist organization in the Middle East and undercuts the idea of transferring land that Israel considers critical to its security to a weak power like the Palestinian Authority.

Member of Knesset Amichai Chikli, a rebel within Bennett’s Yamina party, said the prime minister should have postponed his visit to the U.S. because Biden is consumed with the Afghanistan pullout. Chikli, who voted against the Bennett-Lapid government but sticks with the coalition on key votes, compared the Taliban takeover of Afghanistan to the Iranian revolution in 1979 and Biden to former President Jimmy Carter.

Kurtzer, however, said that the Afghanistan situation changes nothing for U.S.-Israel relations because Biden is resolute in his decision to withdraw American soldiers from Kabul. “I think that he is reading the polls that are suggesting that the American people are very happy with the move,” said Kurtzer. “I don’t think it will impact the meeting at all.”

How Biden and Bennett address the Israeli-Palestinian conflict

Few who study the Israeli-Palestinian conflict believe that Biden will push Bennett for direct negotiations with the Palestinians to resolve the conflict.

More likely, Kurtzer said, the president will expect Bennett to explain how he will keep the peace within the occupied West Bank.

Makovsky, who was a former U.S. negotiator under Clinton, suggested that both Bennett and Biden are thinking more along the lines of managing than ending the conflict. Biden “understands that conflict resolution is not attainable” and Bennett is interested in “shrinking the conflict,” he said.

The withdrawal from Afghanistan and Biden’s $3.5 trillion budget proposal has put him in the good graces of the progressive wing of the Democratic Party, and could allow him to take a less aggressive approach with Israel on the Palestinian issue, Farkas said. “I think he can bring up human rights issues for the Palestinians or more assistance to the Palestinian Authority somewhere in some statement, but I don’t think it’s going to be a big agenda topic,” she said.

But many within the administration are also expecting Bennett to show Biden that he is willing to take concrete steps to improve the daily lives of the Palestinians.

Though Bennett’s time in Washington is short, Arbell, a 25-year veteran of the Israeli Foreign Service, said he would be wise to find some time on his schedule to meet with senior Democratic congressional leaders “to show that this new government is opening a new page in its relationship with the Democratic Party, after years of tension and upheaval.”

Bennett, who is arriving in Washington, D.C., on Tuesday night, will be meeting with Secretary of State Tony Blinken, Defense Secretary Lloyd Austin and Jake Sullivan, Biden’s national security advisor on Wednesday.