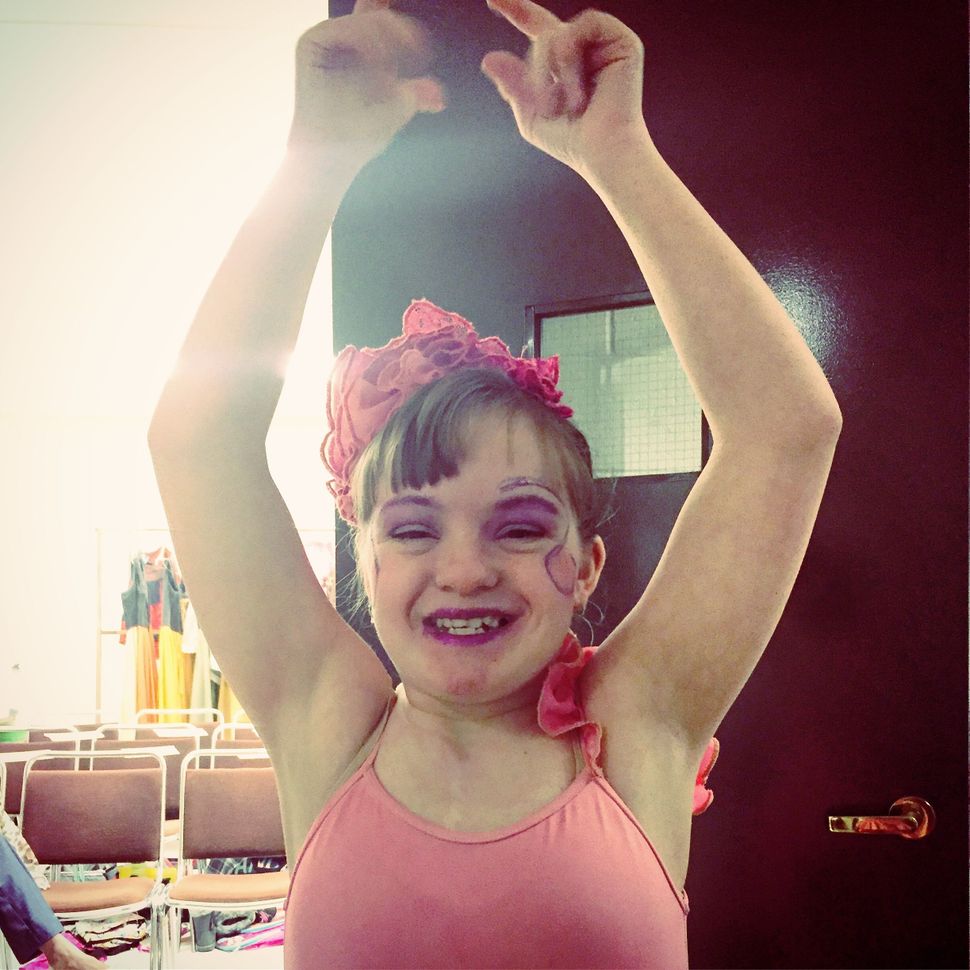 Sophie Stern as a rosebud in Frances Smith Cohen’s “Snow Queen” at the Herberger Theater Center in downtown Phoenix, 2017 Courtesy of Amy Silverman

When our 18 year old daughter Sophie, who has Down syndrome, graduates from high school next year, leaving both the school’s fine arts program and her dance studio, I fear she’ll lose her community and the relationships she’s worked for years to foster. This is the stuff that makes life worth living for all of us, but particularly for Sophie, who makes friends easily but has trouble keeping them.

I have been panicking since Sophie’s birthday, desperate to create a launching pad. It won’t be dance—but could it be Judaism?

It’s a realization I, like so many parents of children with disabilities, probably should have come to earlier: faith traditions might just offer the long-term, stable communities that adults with intellectual disabilities need.

Government alone can’t meet this challenge of finding a community where Sophie can land and thrive. It’s fallen on families to fill in the gaps, which can be a challenge, even if you have the expertise and means to make that happen.

No one lives forever. And even if I’m able to create a setting for Sophie where she can fulfill her dream of becoming a dance teacher, live on her own and maybe even find love, who will connect the dots once my husband Ray and I are gone?

If only I had considered Judaism earlier. When our daughters were old enough to attend Hebrew school, my husband and I sat down to hash out a hard choice: continue dance, which they loved, or replace it with religious school?

It was an easy choice —Ray’s a fallen Catholic, I’m an agnostic Jew. We agreed to raise our kids Jewish, but we didn’t talk about what that would look like. As with pretty much everything else in our lives, we made it up as we went along. For years afterwards I joked that our family worshipped at the Church of Dance.

Standing at the window of the dance studio every Saturday, watching the joy on the girls’ faces as they danced their hearts out, I felt like we’d really figured it out.

And for a long time, it worked. 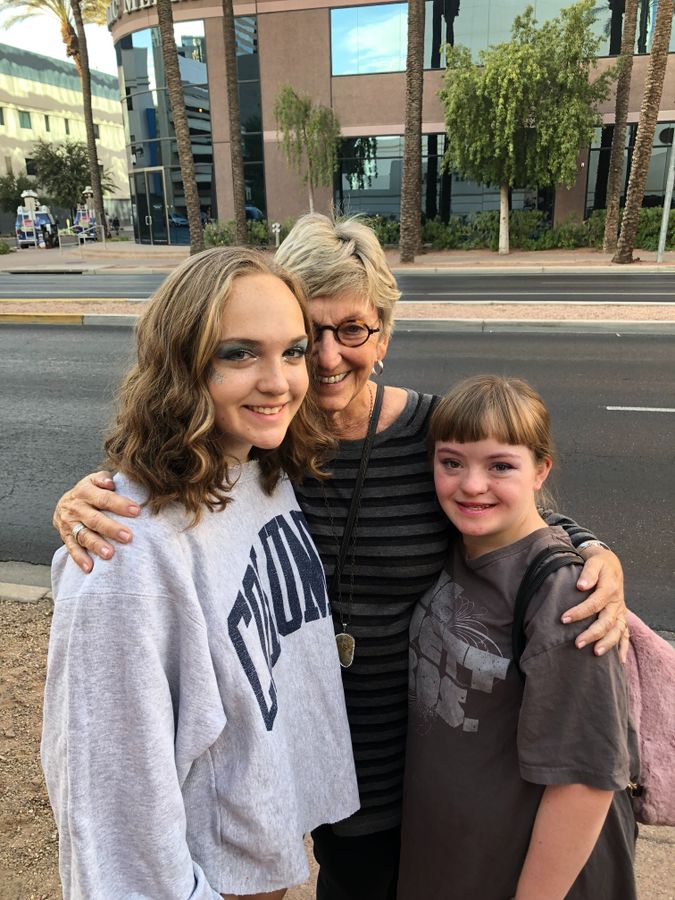 Sophie Stern on the far right with from left Annabelle Stern (older sister) and Susan Silverman (grandmother) after a dance production. Courtesy of Amy Silverman

Our older daughter, Annabelle, is now a junior at a tiny liberal arts college far from home. She’s a dance major.

For Sophie, the path is not so obvious.

My work as a journalist has focused increasingly on the lives of adults with intellectual and developmental disabilities (IDD) and the transition over the past few decades from institutionalization to home- and community-based services. Philosophically, there’s nothing better. In practice, it’s almost always a mess, if not a disaster.

Very few people like Sophie have meaningful work, the place where so many of us find connection and, in my case, a significant other. Recent national data indicate that only 20% of adults with IDD are employed in the community. The statistics don’t reflect whether the job was one the individual chose or even had an interest in.

The current trend of building housing communities that house only people with IDD and their paid caregivers feels to me like a step backward, an expensive feel-good version of an institution. I’m not alone. The American Association on Intellectual and Developmental Disabilities and the Association of University Centers on Disability issued a joint statement that said in part, “building large, segregated, isolated living programs is not the answer to improving quality of life for people with IDD.”

I have a distant cousin in another state, an adult with cerebral palsy who lives alone and posts photos on Facebook of the small challahs she makes each week for Shabbat.

I love that my cousin finds meaning in ritual and community in her synagogue. I wish now that I’d gotten Sophie involved with Friendship Circle, a Jewish community for children with disabilities, when she was much younger, or sent her to Camp Ramah’s well-regarded program for kids with disabilities.

In recent years, the Jewish community has really stepped up with support for people with disabilities, said Shelley Christensen, author of the book “From Longing to Belonging: A Practical Guide to Including People with Disabilities and Mental Health Conditions in Your Faith Community.” But she told me more is needed, that too often the approach is “one and done” with an activity or a service.

Christensen, who is Jewish and has a son with what was formerly known as Asperger’s Syndrome, said that like all of us, people with disabilities, “have hopes, dreams, interests, talents, strengths, gifts and needs and I’m not talking about disability-related needs, I’m talking about community. And it all hinges on belonging both as an approach and as a belief system.”

I wonder if that can ever happen on a meaningful level, and if Jewish community, which I have long-neglected, offers the best chance of that.

The truth is that Sophie is going to need to rely on others to help her live a meaningful life. That’s a lesson I have yet to teach her, and one that I need to learn myself.