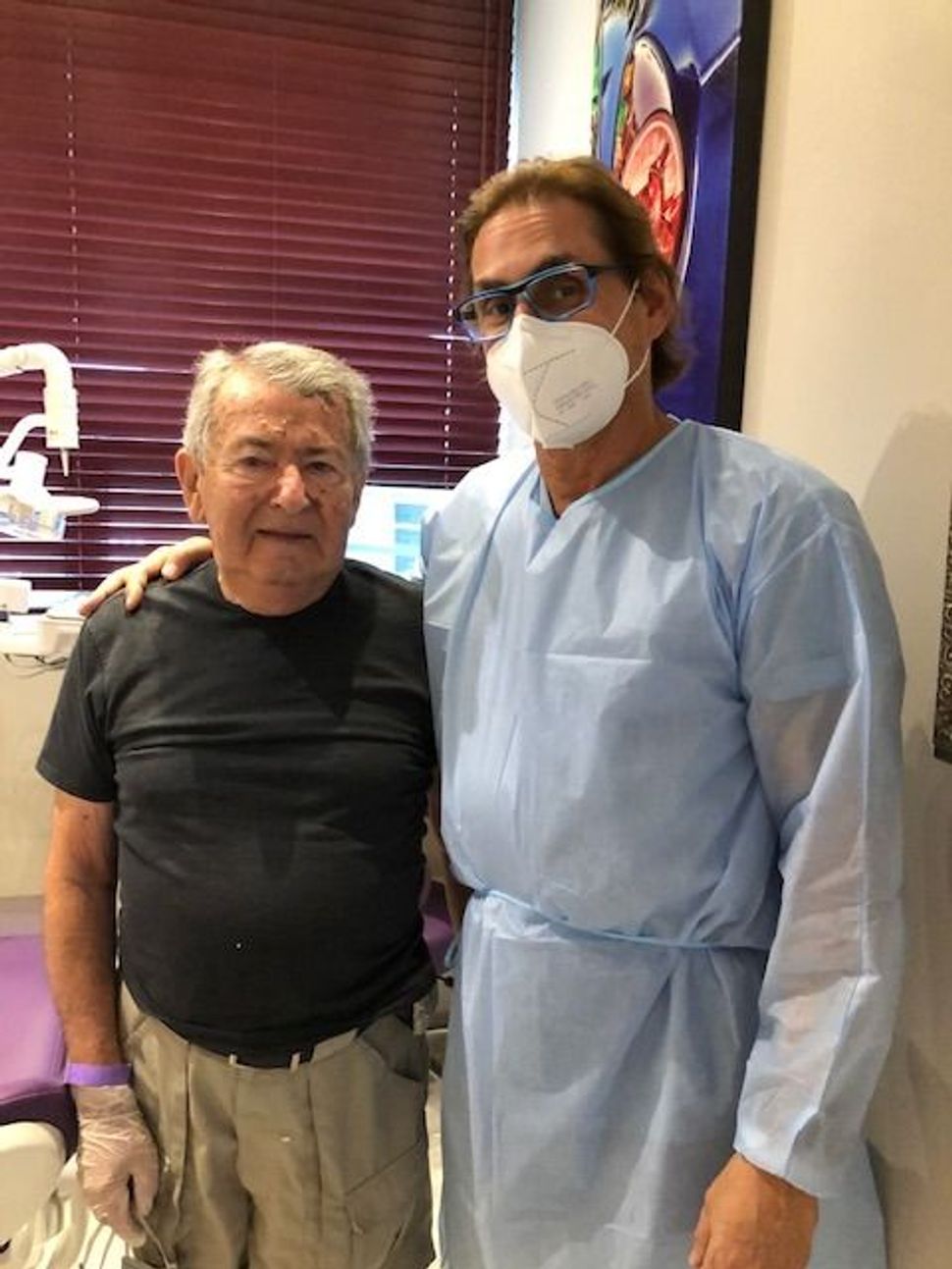 George Bodrogi, an 86-year-old Holocaust survivor from Boynton Beach, Fl., bit into an unpitted cherry three years ago and broke one of his front teeth. He lived with the pain for more than four months before he went to see a dentist

As he feared, the dentist suggested an involved and expensive treatment plan that included pulling several healthy teeth and putting in a bridge.

“I didn’t want to lose healthy teeth and I was not in a position to pay close to the $4,000 she wanted,” said Bodrogi, 86. “I tried to live with it, but ultimately it had to be pulled.”

The one particularly troublesome tooth was gone, but Brodogi still needed more work he could not afford, and related the problem to a staffer at Alpert Jewish Family Services in West Palm Beach who works with 300 Holocaust survivors. She suggested Brodogi — a hidden child in Hungary and whose immediate family was saved by Swedish diplomat Raoul Wallenberg — pay a visit to Dr. Mitchell Josephs, a Palm Beach dentist who treats survivors for free.

Mitchell wound up doing $7,000 worth of work on Bodrogi, who was charged nothing and came away smiling.

“You couldn’t ask for a nicer person. He constructed a bridge and installed it. You can’t even tell it is not my own teeth, and he didn’t have to pull any of my healthy teeth,” Bodrogi said.

Another survivor, Raisa Sokolovsky, 79, of West Palm Beach, had been in almost constant pain with a toothache for eight months before she saw Josephs two years ago. He installed six porcelain crowns worth $12,000 and the pain disappeared.

“It was a miracle,” said Sokolovsky, who escaped the Nazi bombing in Ukraine by fleeing deep into Russia. “It was all done in three sessions, quickly and perfectly. I thank God I don’t have pain anymore.”

Josephs, 59, said that although he is not a child of survivors, he knows many because they belong to his synagogue, Palm Beach Synagogue, and live in the Town of Palm Beach. Growing up in Bellmore, L.I., he said his Hebrew school teacher would show students newsreels — of liberated concentration camps, mass graves, gas chambers and emaciated survivors. They left an impression. 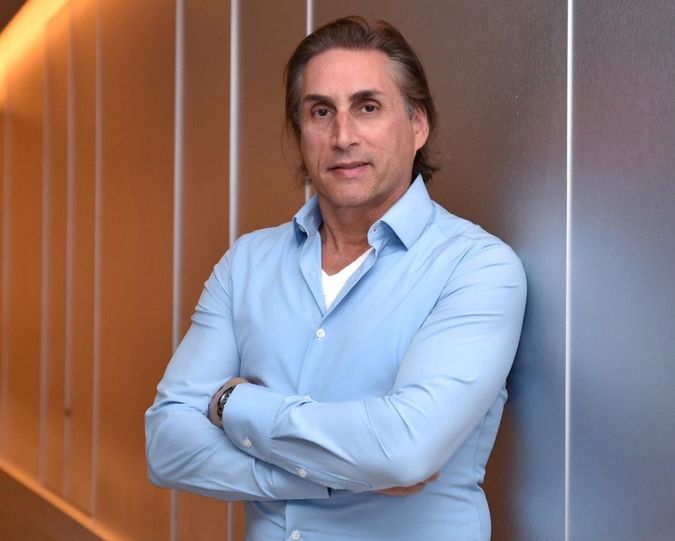 Dr. Mitchell Joseph is a dentist in Palm Beach, Fl.

And he met survivors through other connections. “My first girlfriend’s mother was in Buchenwald and her father was hidden in a farm in France,” he said. “I had a lot of exposure to it.”

Three years ago he asked a Jewish Family Services staffer what they do for survivors who need dental work but can’t afford it.

“She said sometimes they could get someone to pull a tooth to stop the pain, but nobody is doing pro bono implants or reconstruction work,” he recalled. “Most survivors also have a lot of health problems – diabetes, obesity, GI problems, and obviously a lot of psychological problems. … These are people who have been through hell.”

He couldn’t help with everything that ails survivors. But he could address their dental problems.

In the last three years, Josephs, who specializes in cosmetic and implant dentistry, has performed about $70,000 worth of pro bono dental work on 10 Holocaust survivors.

He said he’s further motivated by the recent increase in antisemitic incidents and in Holocaust denial across the country, and in his own county. He noted the case of William Latson, the principal of a local high school who was fired for refusing to acknowledge that the Holocaust was factual.

Josephs works on one Holocaust survivor at a time. When he is finished, he calls Jewish Family Services or MorseLife, an assisted living facility in Palm Beach, and asks if they have another survivor who needs major dental work. And he said he has reached out to three dentists who specialize in performing root canals who have also agreed to work pro bono if he needs them.

Eva Weiss, coordinator of the Holocaust Program at Alpert Jewish Family Services, said many of their dental issues stemmed from their traumatic younger years, in concentration camps and in hiding, when they suffered from poor nutrition and lacked medical care. She has other survivors who are waiting for Josephs to accept a new patient — and saves the most complicated cases for him.

“We refer only survivors who need the kind of expertise Dr. Josephs performs. If someone needs a filling or to fix bridgework, I can find someone to do that. But when they need extensive work, I refer them to him.”

The daughter of survivors, Weiss, a mental health counselor, said having a dentist who takes good care of them improves the survivors’ health well beyond their mouths.

“It’s like giving them a new lease on life. And the fact someone cares and shows you love because you are a Holocaust survivor validates that they are important and that they are somebody,” she said. “During the Holocaust, a Jewish person was considered nothing.”

Josephs also benefits from his work with survivors. “Doing this makes me feel good,” he said. “Most people don’t like going to dentists. These people love it.”