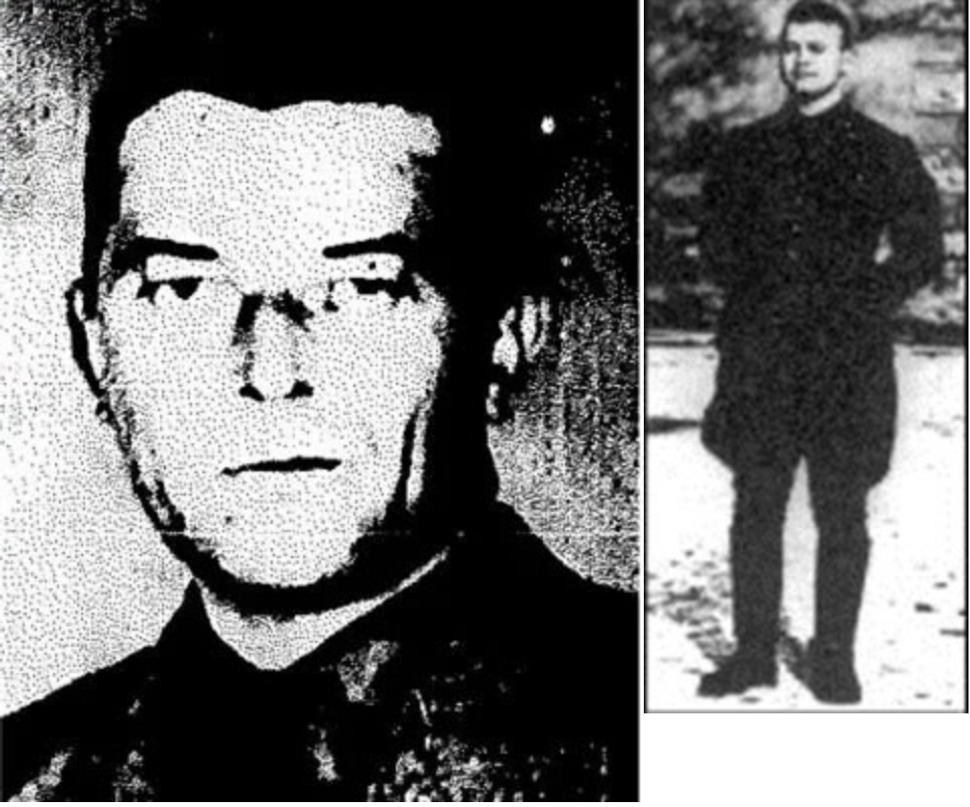 August Häffner,left, and Viktor Trill, two of the perpetrators of the Babi Yar massacre

And who proceeded to murder a total of 100,000 people in this leafy spot, not only Jews, but Roma, Communists and psychiatric patients, before World War II was over?

A new study released to mark the 80th anniversary of the signal event in the genocide of European Jewry is, for the first time, naming and identifying the individual men who carried out the mass murder.

“You’d think it was Babi Yar that killed the Jews,” the Rev. Patrick Desbois, who led the study, observed in an interview, using the site’s Russian name. “It is as if we never knew who did it. It wasn’t a tsunami. People did this, and they weren’t just Hitler.” 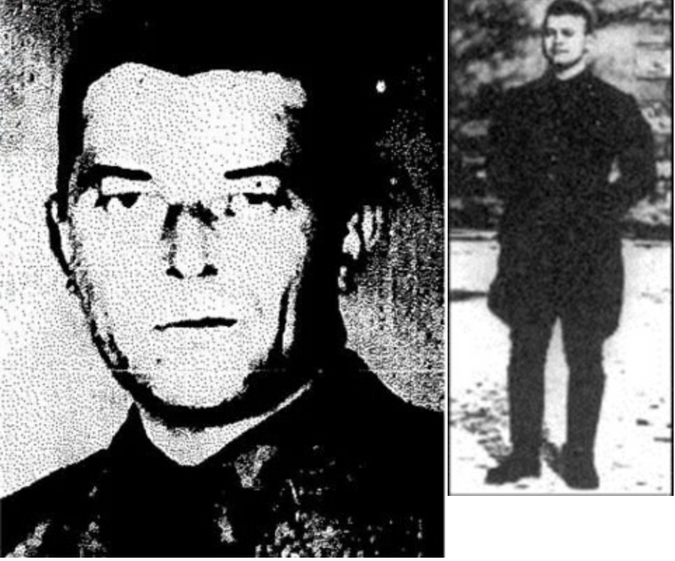 August Häffner,left, and Viktor Trill, two of the perpetrators of the Babi Yar massacre

“I refuse to accept that those who did it are not held responsible,” he said. “ It is like there’s a James Bond complex, we remember the big names—Bin Laden, Hitler—but we forget the second fiddles who got away with it because they are subsumed by an enormous criminal machine.”

Desbois, a Georgetown University professor of the practice of the forensic study of the Holocaust, noted that as this year’s 20th anniversary of the 9/11 attacks were underway, his students knew only the name of al Qaeda leader Osama bin Laden, and not one of the perpetrators’ names.

“It is like the rest doesn’t matter. Like them, I listened to the news. It sounded like the twin towers fell after they were hit by automatic planes piloted by Bin Laden.”

On the eve of a ceremony marking the 80th anniversary of the killing, the Babi Yar Holocaust Memorial Center and Yahad-In-Unum, an organization that investigates Holocaust-era murders outside of concentration and extermination camps, are naming names.

The name of August Häfner, a 29-year-old Sonderkommando SS storm trooper who commanded the two first days of mass executions, is known but not so the names of Anton Hübner, 33, born in Reichenberg, or of Hans Hüttl, 36, born in Königsberg or that of murderer Kurt Knigge, 43, born in Braunschweig, a few among the 159 names and identities revealed in the new report. Andrej Umansky, a Georgetown University post-doctoral fellow in history who conducted much of the research in Germany, said that “the problem is in Germany after the war we were interested only in the officers, but all the small men, those who escorted the Jews, all these people, none were pursued by justice.”

“We should have judged them,” he said in an interview, in Kyiv. “As a jurist, it revolts me. It is injustice, hundreds of men never pursued or judged in any way.”

“It is a total dissonance,” Desbois says of the 1.5 million to 2 million Jews murdered outside Holocaust camps by men who then “went home very calmly, like nothing happened.”

Babi Yar was almost unknown until the 1961 publication of a poem by the same name by the Russian poet Yevgeny Yevtushenko, which turned the words into a synonym for genocide. The poem was a cry against the double crime suffered by Ukrainian Jews, who were physically extinguished by the invading Nazis, only to have their tragedy erased by the invading Soviets, who denied that Jews had been singled out for extermination, choosing to call the victims, instead, “innocent Soviet citizens.”

“No monument stands over Babi Yar,” Yevtushenko wrote. “A steep cliff only, like the rudest headstone. I am afraid. Today, I am as old as the entire Jewish race itself.”

On Wednesday, a stark monument made of coal and crystal by the Serbian abstract artist Marina Abramović will be inaugurated, as part of Ukrainian President Volodymyr Zelenskyy’s effort to bring the tragedy of Babi Yar to the front.

Kyiv remains “a significant yet very awkward” place, said Dani Dayan, chairman of Yad Vashem, Israel’s national Holocaust remembrance center. Strolling down its main street after arriving for the Babi Yar ceremony, he said, he saw a poster emblazoned with the Hebrew words “the voice of your brother’s blood is crying out to me from the earth,” a line taken from Genesis, yet as he approached his hotel, he encountered the statue of Bogdan Khmelnitsky, a mass murderer of Jews yet a Ukrainian hero, who rebelled against Polish rule.

“So it is a very complicated city for a Jew with historical consciousness to visit,” he said.

Until now, few details of the mass murder that took place there have been known. Even the real number of the victims, says Desbois, who coined the term “Holocaust of bullets,” remains at best a guesstimate. The number of children killed at Babi Yar, for example, is as unknown as the names of the perpetrators.

Take Viktor Trill, a Czech-born electrician who was 36 years old in 1941. An electrician and a commercial hauler, he began working for the Wehrmacht after his hometown was taken over by the Nazis in 1939. He is one of only six people who were ever brought to justice for the murders at Babi Yar, but was acquitted as no “base motive” could be proven for his actions.

“When we moved into Kyiv,” he told the court, “I had to take part in the big shooting of Jews.”

“The Jews had to lay down on the corpses and were then shot in the back of the neck. More Jews were continually brought to be shot. The shooters came out of the ravine and then another group of Security Police men, including myself, had to go down.I recall that men and women of various ages were shot. Whether children were among them, I don’t recall now. It is possible that mothers were among them carrying their children in their arms.It is possible that on this day I shot between around 150 and 250 Jews. The whole shooting went off without incident. The Jews were resigned to their fate like lambs.”