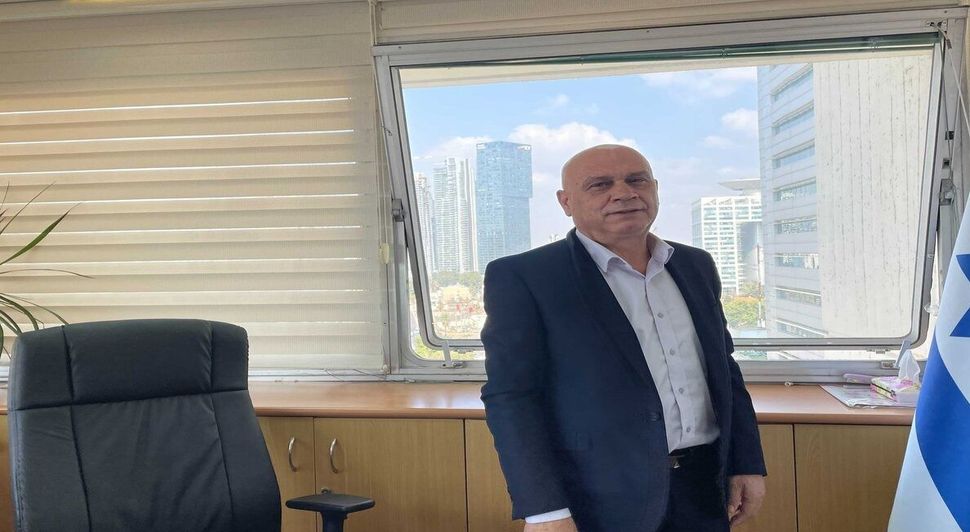 Esawi Frej, one of two Arab ministers in Israel’s coalition government, met with Palestinian Authority President Mahmoud Abbas last week to discuss the Israeli-Palestinian conflict. But Frej, a member of the left-wing Meretz Party, which is determined to pursue a two-state solution, had little news to report on that front. The new government wants to avoid contentious issues that could break up the diverse and fragile alliance, and Prime Minister Naftali Bennett has already declared that he will not relaunch peace negotiations with the Palestinians in the next several years.

“For me — serving as an Arab minister in the Israeli government for the first time in 12 years — this is a big change,” Frej (pronounced “fredge”), a resident of the Arab village of Kfar Qasim, said in a recent interview in his Tel Aviv office. “Unlike the previous government, this government does not incite against the Arab population.”

(Raleb Majadele, a former member of the Labor Party, became Israel’s first Arab minister in the Ehud Olmert government in the late 2000s. Hamad Amar, a member of the Israeli Druze community, is the other Arab serving in the government today, as finance minister.)

Looking forward, Frej said, his job is to figure out how he can galvanize change to benefit the community he represents.

Excerpts of our conversation are below.

On being part of the new government

As the coalition marks four months in power, Frej said it’s challenging for any party in this diverse group to put ideology aside. “Every question that you will ask will be a difficult question for me, frankly,” he began his interview with the Forward. “It’s not easy. But we need time to see how things can be going in the future.” 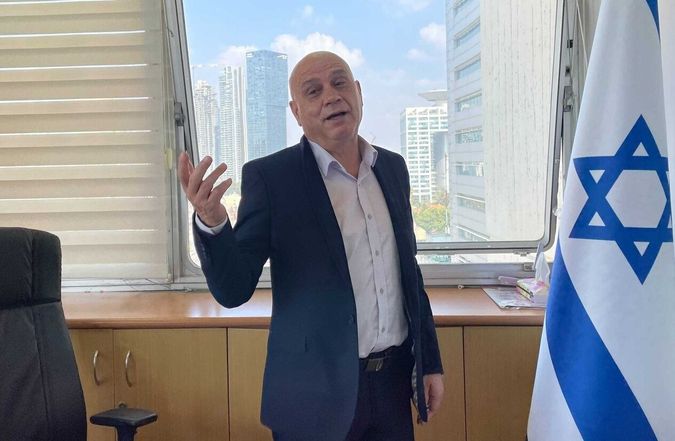 Minister of Regional Cooperation Esawi Frej in an interview with the Forward at his office in Tel Aviv on August 8, 2021 Image by Jacob Kornbluh

Frej said the mainstream Arab sector is encouraged by the fact that it’s represented in the government and sees it as a chance for them to feel part of Israeli society. “The Palestinians are my people, OK? But this is my state and we have a common fate,” he said. “That’s why ​I want to do my best to give the Arabs a reason to be part of the Israeli society.”

At the same time, Frej said, it is an opportunity for the larger Israeli society to embrace the 20% of its population that is Arab. That means taking concrete steps to improve Arab Israelis’ quality of life. “If nothing changes, we will have a big problem,” he said.

Frej said that in the short life of the new government, he has already sensed among those in power a more positive attitude toward the Arab minority, as well as a decline in tensions between Jewish and Arab Israelis in general.

The fact that there are two Arab ministers within the government sends a strong message that gives Arabs and Jews “reason to believe that there is no other way but to be together — because you cannot bring change from the outside,” he said.

On the peace process

Frej said that while he understands that the current government will not be relaunching peace talks with the Palestinian Authority to resolve the core issues of the conflict, he is committed to keep the options of two states for two people alive.

And that includes direct contact with Palestinian leaders. As minister of regional cooperation, he is part of the Joint Economic Committee that was created after the Oslo Accords to promote development in the occupied West Bank and the Gaza Strip.

Last week, Frej, along with his party’s leader, Health Minister Nitzan Horowitz, met with Abbas in Ramallah to assure him that a two-state solution is not dead. This was the Palestinian leader’s second such high profile meeting with members of the new government, after hosting Defense Minister Benny Gantz earlier in the summer. 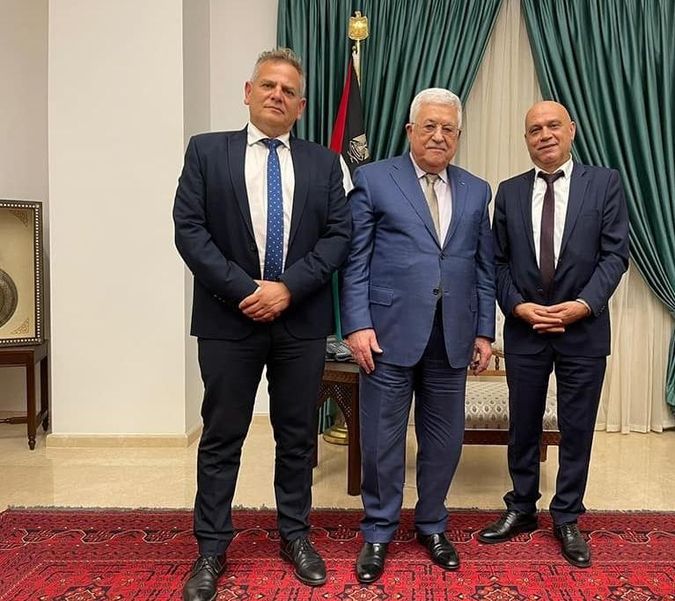 Frej said Abbas told him that he’s happy to see an Arab party in the coalition and Arab ministers in the Israeli cabinet.

Abbas also expressed interest in meeting with Bennett, according to sources who were in the meeting. But that may be wishful thinking. Bennett told Jewish leaders last month that he won’t meet Abbas because the PA in 2015 filed war crimes allegations against Israel at the International Criminal Court in The Hague.

Frej suggested that the situation may change if Israeli ministers keep lines of communication open with their Palestinian counterparts and build mutual confidence. “I believe that if we let people meet each other we can break the ice between Israel and the Palestinians,” he said.

In the meantime, he expressed sentiments similar to Bennett’s about “shrinking” the conflict.

“We need to support them in the present, not just give them hope about the future,” Frej said of Arab Israelis. “Leave the political issues aside. The Palestinians know that in the next five years there won’t be a peace process. But the people want to live a normal life, they want food on their table, and we have to find a way to help them.”

He said he knows that to those who want to see changes in Israel’s human rights policy sooner, and a quick end to the occupation, the current state of affairs is frustrating. But he urged patience — and urgent attention to issues that can be addressed now, such as the dire economic situation in the Palestinian territories, which he described as a charbana — the Arabic term for “mess.”

On missiles and doves

Frej got agitated when asked whether he will remain in the cabinet if there’s a military conflict with Hamas in Gaza. “All the time, reporters ask me about war, war, war, what will you do? Ask me what I will do if there is peace. Ask me about positive things.”

Changing mindsets is key to building an Israeli society that is fair to everyone in it, he said.

“This is a very important goal for me, and it should be for the government too,” he said. “And I hope that I will succeed in this position.”